One of the best-loved characters in the Mario series is Yoshi, Mario’s dinosaur sidekick. The thing is, Yoshi really has some weird traits, and I’m not just talking about his habit of wearing sneakers. Since these sneakers are immune to Munchers, however, I have to wonder why Mario and Luigi don’t invest in pairs of their own. Do they only come in dinosaur sizes? I’m thinking more of how Yoshi is generally considered to be male, yet he lays eggs.

Granted, the eggs don’t hatch into offspring, but still. There’s also that common video game trope of a character named Yoshi belonging to a species also called Yoshi (see also Toad, as well as most Pokémon), which raises the question as to whether it’s the same Yoshi in every game. The way I tend to see it is that there’s one green Yoshi who’s a friend and companion of the Mario Brothers, and a whole bunch of other Yoshis who help out occasionally. Really, though, it’s hard to tell.

I’ve heard that the designers of the Mario games wanted to have their plumber hero ride a dinosaur back in the NES days, but they didn’t have the ability to successfully implement it until the Super NES came out. Here, the game starts at Yoshi’s house, and we learn that the dinosaur went out to look for his friends. The first time you find a Yoshi egg, the prehistoric creature explains that Bowser trapped him in there, which explains why he emerges fully grown.

You can, however, find newborn baby Yoshis in the Star World, and some more hatch from the eggs you rescue from the Koopalings’ castles. Why they stole Yoshi eggs is never explained. Come on, they’re supposed to be turtles, not weasels! Baby Yoshis can grow up pretty quickly, reaching full size once they’ve eaten five enemies or one power-up.

Yoshis come in many different colors, which in SMW are linked to different abilities when they eat turtle shells. For instance, a red shell will enable a green Yoshi to spit fire, and a blue shell will enable him to fly. A Blue Yoshi, however, can fly no matter what color shell it eats. In Super Mario Sunshine, the colors and abilities depend on what fruit a Yoshi eats.

I asked the Mushroom Guru if they could get the same effects from eating crayons, and he said not to be ridiculous. The next time I visited, however, I noticed a few Yoshis and the remains of some Crayola Big Boxes in his backyard. Anyway, other games have Yoshis in different colors, but they aren’t linked to specialized abilities. The Yoshis in Yoshi’s Island all have the same powers, which include the ability to shift shapes when touching Morph Bubbles. There were actually a few of these alternate shapes that were in beta versions of the game, but didn’t make it to the final product.

Different media released around the time of SMW had different interpretations of Yoshi. In the SMW cartoon, Yoshi was a baby whom Luigi found before he’d hatched. Yoshi speaks English, but in a babyish, ungrammatical way, in keeping with the show’s portrayal of him as a young child. While other dinosaurs did appear in the program, he was the only Yoshi to show up. In the Super Mario Adventures comic that ran in Nintendo Power back when I subscribed to the magazine, Yoshi was the head of the Chamber of Commerce in Yoshi Village, and hence presumably an adult. His dialogue consisted entirely of the word “yoshi,” and he was one of many Yoshis.

Several of his fellows had been captured by Bowser and hypnotized by a Magikoopa into performing physical labor for the Koopas. If I remember correctly, the Nintendo Adventure Books simply said that Mario and Luigi discovered Yoshi in Dinosaur Land, and he communicated in simple sounds like “glorp” and “blorp.” Once again, he was the only Yoshi, but the particularly interesting thing is that this might well have been the only medium to identify Yoshi with a specific type of dinosaur. According to these books, he’s an iguanodon.

I don’t think this identification was totally arbitrary, as iguanodons are often pictured as standing sort of like Yoshi does.

Iguanodons were herbivores, however, while Yoshis are obviously omnivores. Also, Yoshi is much smaller in relation to Mario than even the smallest iguanodons would have been, and of course he has no thumb spikes.

One thing I wonder about, and I’m not sure if there’s an answer available, is where the name Yoshi came from in the first place. I understand it’s a pretty common Japanese name, though, so maybe it isn’t a whole lot different from an American naming a character Bob. Does anyone know if there’s more to it than that? I remember a gaming magazine’s preliminary information on SMW referring to Yoshi as “Dino,” but I assume that was just a placeholder for an unknown name, and not an indication that the translators had originally wanted to give Mario’s companion the same name as the Flintstones’ pet. 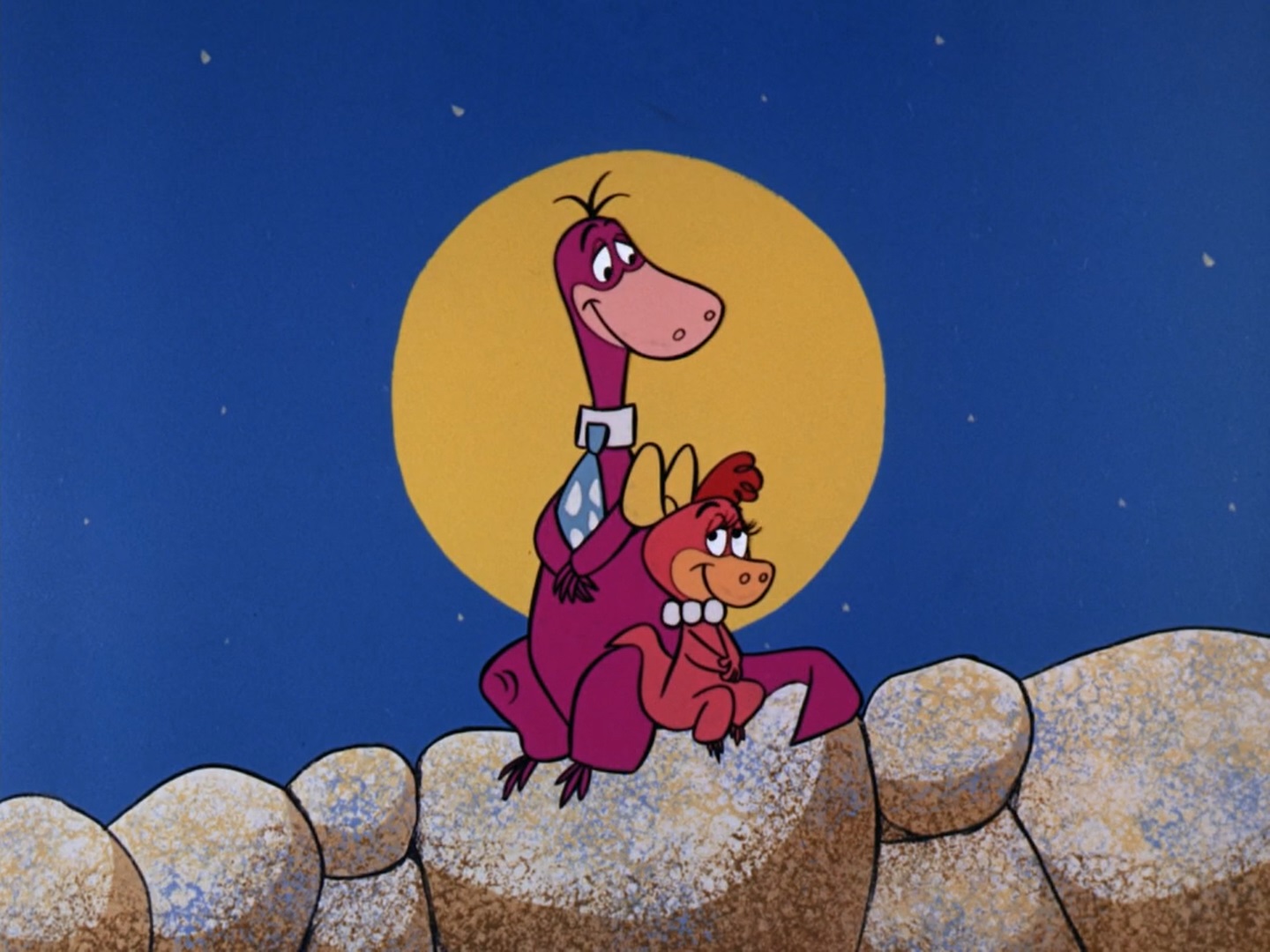 On the other hand, Mario yelling “yabba dabba doo” doesn’t strike me as all that far-fetched.

20 Responses to Moshi-Moshi to Yoshi