Merry Christmas! I’ve never really understood why (at least in the United States) this is the one holiday when we’re supposed to be merry instead of merely happy, but there you go. And as we all know, the true meaning of Christmas involves the birth of somebody who probably wasn’t actually born then.

That Christianity has roots in pagan religions is pretty much undeniable, but I’ll occasionally come across something online that just goes too far. For instance, I’ve seen people propose that Jesus was based on Horus or Krishna because they were both born on 25 December. There are two major problems with this. One is that it isn’t true. What I’ve been able to find out about Horus’ connection to this time of year is that there were sometimes celebrations in his honor around the winter solstice, but I’ve seen no reputable indication that this was a birthday celebration. I don’t know how many cultures assigned birthdays to their gods, but I get the impression it wasn’t common. That said, there is a tradition about the births of five of the major Egyptian gods (Isis, Osiris, Set, Nephthys, and, yes, Horus) that do link them to specific dates. The myth has it that the sun god Ra refused to let the sky goddess Nut give birth on any day of the year. So she gambled with the moon god and managed to expand the year by five days, then had one child on each of these. This myth seems to reflect the addition of an extra five days to the Egyptian calendar in order to bring it more in line with the length of the solar year. So when were these days? They weren’t part of any month, but fell in between the last month of one year and the first month of the next. And since the year started when Sirius could be seen just before sunrise, which was around when the Nile would flood, we’re looking at the summer here. If this page is to be believed, then Horus was born on 15 July. There’s still the issue of which Horus we’re talking about, which I addressed in this earlier post, but I don’t know that any date was associated with the birth of Horus the Younger.

Krishna also had a summer birthday, with one tradition (at least according to Wikipedia) specifically dating it to 18 or 21 July 3228 BC. The celebration of his birthday, known as Janmashtami, takes place in August or September. So again, no connection with late December. 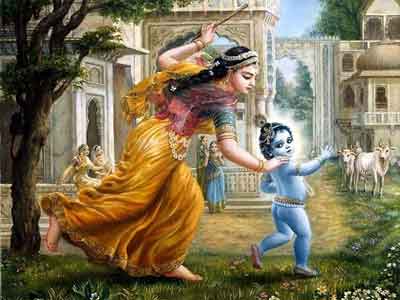 The other major problem I mentioned is that there’s no known tradition of Jesus being born on 25 December until around the fourth century, long after his actual date of birth would have been forgotten. The Bible makes no mention of a particular date for Jesus’ birth, and while the Church eventually decided to celebrate it on 25 December, you’d be somewhat hard pressed to find a Christian these days who actually believes that’s when Jesus was born (or at least believes that date over any other; I guess he COULD have been born then). So, in other words, saying that other deities were born on that day says nothing about Christianity being a rip-off, because there’s nothing in Christianity (at least in the varieties I know of) that attests to Jesus being born then. It’s just an observed birthday, really, sort of like Presidents’ Day.

Actually, it seems that the date of Christmas WAS somewhat of a rip-off, just not as ancient of a rip-off as the conspiracy theorists want to believe. The twenty-fifth was the date of the Roman festival of Sol Invictus, who was basically a composite solar deity.

Since the winter solstice fell on or around that date, and that could be considered a rebirth of the Sun from an earthly perspective, it basically became the observed birthday of all sun gods. This might possibly have included Horus, as one of his eyes was considered to represent the Sun, but this was Roman religion rather than Egyptian. And I don’t know of Krishna being associated with the Sun at all. So, yes, Christmas was almost certainly superimposed on top of a pagan holiday, but it was a pagan holiday apparently not much older than Christmas itself. The solstice was celebrated by many cultures long before the Romans came up with Sol Invictus, but in the absence of any other evidence, I’d say Christmas was based on that specific Roman festival rather than just the solstice itself. And later, as Christianity and Christmas spread throughout the world, it came to absorb other traditions from around the same time of year, like yule logs and decorated trees. So no, Jesus is not the reason for the season, but I have nothing against anyone celebrating his birthday today. If Jesus doesn’t mind sharing his observed birthday with an amalgamated solar deity, I see no reason why anyone else should. And that’s the two chocolate coins of an atheist who believes in celebrating as many holidays as possible. Hey, I don’t believe Ozma exists either, but I always try to do something for her birthday as revealed in The Road to Oz (21 August). So happy birthday to Jesus and/or the sun-god of your choice!