Here in New Jersey, we somehow ended up stuck with a governor named Christopher Christie, which could help to explain why he’s such a jerk. He seems to be gaining in national prominence, but I have to say I get sick of hearing about him. There are a lot of incompetent or just plain mean politicians, but at least there are interesting stories to tell about most of them. As far as I can tell, Christie is capable of doing exactly one thing: cutting stuff. Funding for schools, jobs, pensions, health insurance, and the list goes on. A pair of scissors could do the same job he’s doing. In fact, I understand parents in New Jersey have started telling their kids that, if they suck their thumbs, they’ll get a visit from the governor. 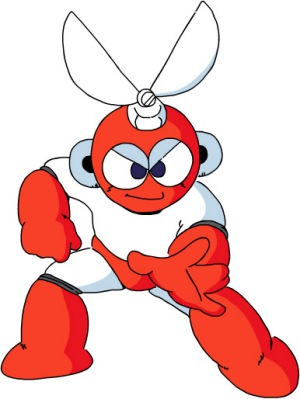 An artist’s rendering of Governor Christie
And while I haven’t seen this confirmed, he’s apparently giving cushy jobs to his cronies while firing everybody else he possibly can. Really, this cuts (get it?) to the heart of why “small government” talk scares me. Sure, we can all agree that most governments spend money even faster than the late Michael Jackson at a store full of ugly knick-knacks. But most of the people who work for the government are just ordinary people trying to make a living. I’ve heard that the government is the largest employer in the country. So by cutting the government, mostly what you’re doing is putting even more Americans out of work in a time when joblessness is rampant. Is that really the best way to improve the economy? I’m sure there’s plenty of spending the state can cut without having to put more financial burdens on its citizens, so why is that the first place people like Christie turn? Well, because they don’t care, obviously. It’s an “I have mine, so screw you” mentality that makes sure the rich stay rich. So why would anyone who isn’t already filthy rich favor this? I really couldn’t tell you. I guess they figure it’ll never happen to them. And, from what I’ve heard, the Republicans LOVE this guy. I suppose that makes sense, as their whole platform nowadays can basically be summed up as “screw the poor.” But then, the Democrats seem to be getting closer to adopting that platform themselves with every passing day, which will presumably just make the Republicans try to distance themselves by getting even meaner. Oh, by the way, while I think it’s patently absurd when people criticize Christie for being overweight (what, THAT’S the worst thing you can find about him?), it is perhaps interesting to note that he’s one of few American fat cats who’s actually fat. Rich people tend to be much skinnier these days. Actually, considering how often the government and media yak about the “obesity epidemic” that they made up so they’d have another excuse to laugh at fat kids, perhaps we need more overweight people in office to counteract this. But no Christie, okay? Bring back that corrupt guy who didn’t wear a seatbelt.

Speaking of governors, what’s with that Scott Walker guy in Wisconsin who wants to limit collective bargaining rights? Is someone in this century actually saying that? Is he planning to bring back child labor next? I’d say it would be difficult to take someone with a position like that seriously, but then, we also have elected officials going around saying marriage should only be between a man and a woman. Do these people LISTEN to themselves?