Today’s Oz character is a star in Melody Grandy’s Seven Blue Mountains of Oz trilogy. There are spoilers for these books in the post, and I would definitely recommend reading them if you haven’t yet. They really are good books, although I think the first one, The Disenchanted Princess of Oz, is easily the best.

The character in question is Zim Hadrakis Greenleaf, sometimes known as Zim the Flying Sorcerer because, well, he’s a sorcerer who can fly. I already said a bit about him in this post, but I think he deserves his own entry. Now the Wizard of Munchkinland, Zim is a mysterious, tall, green-haired man who lives in the Seven Blue Mountains region of the Munchkin Country. His father, the legendary wizard Wammerian Hadrakis (the same Wam who is mentioned in Cowardly Lion and Wishing Horse; his full name was Melody’s own invention) made him and his sister Fern out of plants. When they started to wilt, Wam gave up his own humanity in order to make them into real people. Zim went on to serve as an adviser to Celestia, the half-fairy ruler of the barbarian Rimmers, but she fired him. After that, he devoted his life to experiments with plants, as well as healing, disenchantment, and trying to undo some of the more careless magic his absent-minded father had performed. Zim comes across as solemn, thoughtful, well-spoken, and eccentric. Melody has mentioned Sherlock Holmes and Spock as significant influences on his personality. Zim does have other sides to him, but he channels a lot of those personality traits into his alternate identities. Originally created so that Zim could journey out into the world without having to show his true self, the sorcerer still maintains these identities despite having become pretty famous in his own form. These other personalities are:

Brown Bleegum – A little man with a brown beard who seems to be Zim’s favorite alter-ego, perhaps because he’s not all that different from how Zim normally acts, if a little more rustic and practical. Zim primarily takes the form of Bleegum to distribute his healing potions. 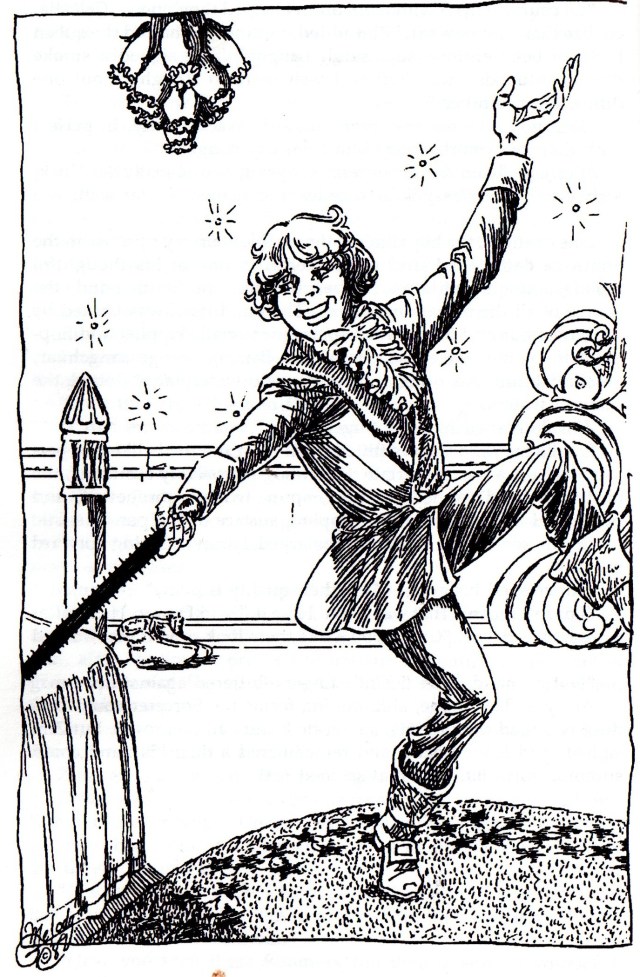 Ganalan – Tall, blond, energetic, flamboyant, and flirtatious, Ganalan seems to represent the parts of of Zim’s personality that he’s uncomfortable showing when in his true form. He is sometimes accompanied by the boy Jack, actually an alter-ego of the restored Tippetarius. 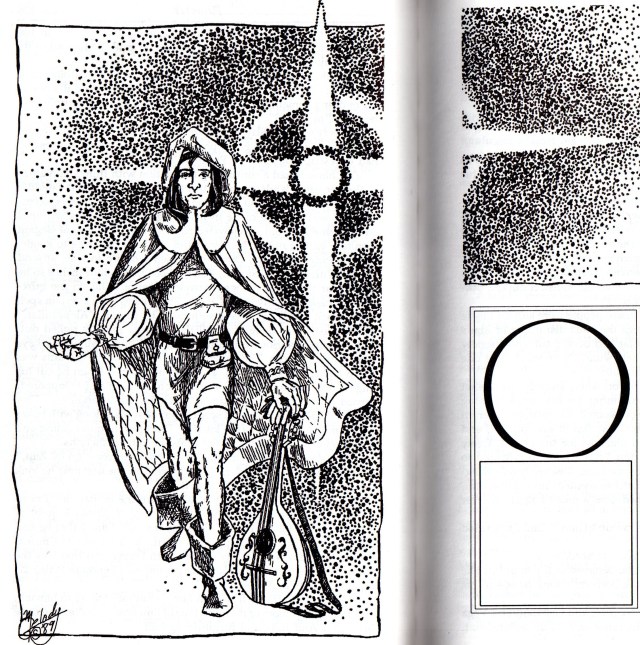 Vega – The Magic Minstrel is a serious, gloomy loner who plays the lute and produces illusions for the entertainment of the populace. One of his favorite sorts of magic is his production of Picture Storms, in which he makes lightning into various shapes. He also rights wrongs, but usually silently and without revealing himself. 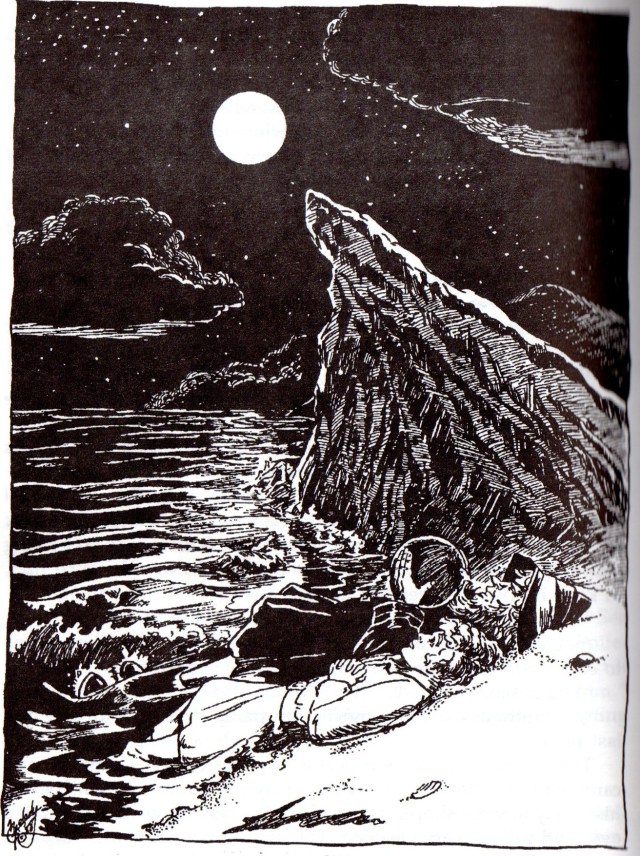 Winkle – A rude and grouchy old sailor. Since Oz does not have a seacoast, Winkle primarily operates outside that country, with his home base being a cabin on the shore of Noland. Since some people in the Seven Blue Mountains seem to be familiar with Winkle and this alter-ego sought a magic license for use within Oz, however, he presumably sometimes works within the landlocked fairyland as well. His sometime companion is Oni, supposedly his grandson, but actually another form of Tip. 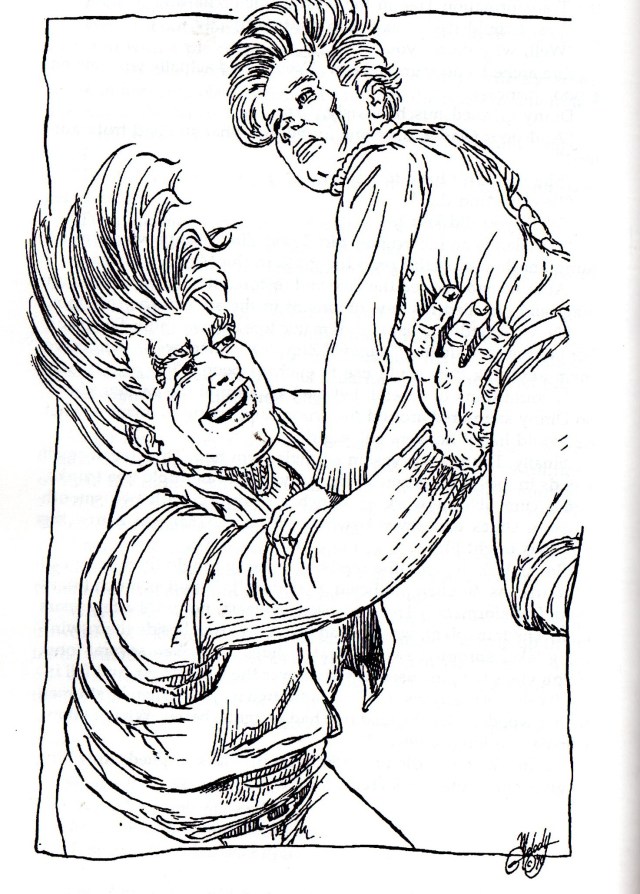 Rooster – Zim is not a wizard while in this form, but he does utilize magic in the form of a fruit that gives him superhuman strength. Rooster is a big, burly man with red hair that resembles a coxcomb, and his personality is very boisterous and seemingly stupid. In reality, though, Zim has a quite calculated use for Rooster, the form he takes in order to distribute produce. Since he secretly wants to get rid of excess fruits and vegetables and obtain fertilizer for his gardens, he is willing to make trades that seem dumb to others. When Tip goes on trading missions with Rooster, he takes the form of the man’s nephew, Little Rooster.
The Green Knight – Zim’s least-used form, who also works no magic, although he has a magic sword. He’s a redhead with green armor who rides a green horse. Not only does the Green Knight only rarely make an appearance, but he receives the merest of mentions in the trilogy. Each of the other alter-egos does at least one significant thing within the books, but not the Green Knight. He doesn’t even get a proper name!

From what I remember hearing, Melody originally had plans for Zim to end up marrying Glinda, and I believe he and David Hardenbrook wrote a draft of That Ozzy Feeling, in which Zim and Glinda had a double wedding with Ozma and Hardenbrook’s self-insert character Dan Maryk. Perhaps due to pressure from publisher Chris Dulabone, however, Zim instead officially married his old friend and companion, the good witch Maggie. 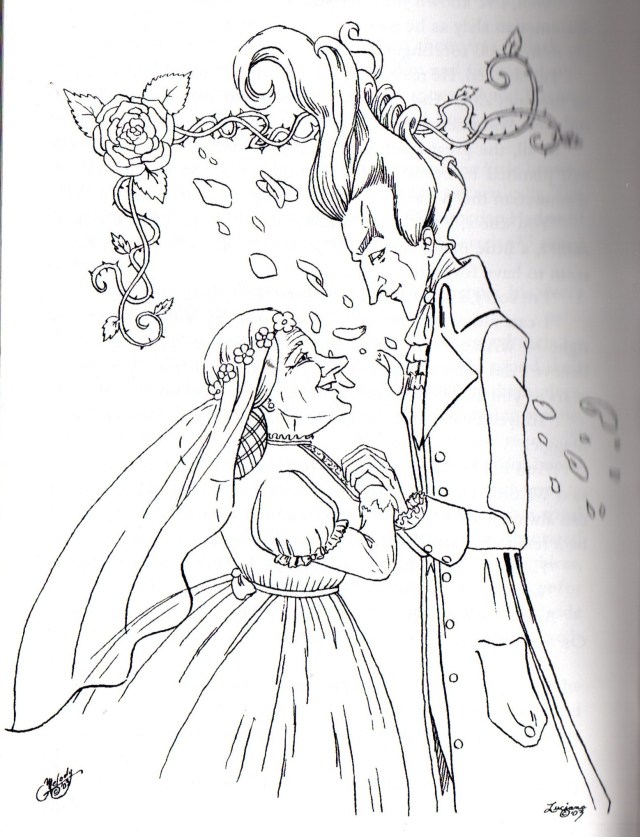 Probably for the best, ultimately, and a reference to his aborted romance with Glinda is retained when the gloomy Vega gets a crush on her. I also believe Melody was generous in giving permission for other writers to use Zim, although I have no idea whether her permission still stands. He’s definitely a character I think has a lot of potential for future adventures, and he does make an important appearance in Bucketheads, as well as playing a major role in Forever. I also remember him having a part in the rough draft of Charles Phipps’s The Engagement of Ozma, but I’m not sure whether or not that story was ever published.