Put Your Hand Inside the Buckethead 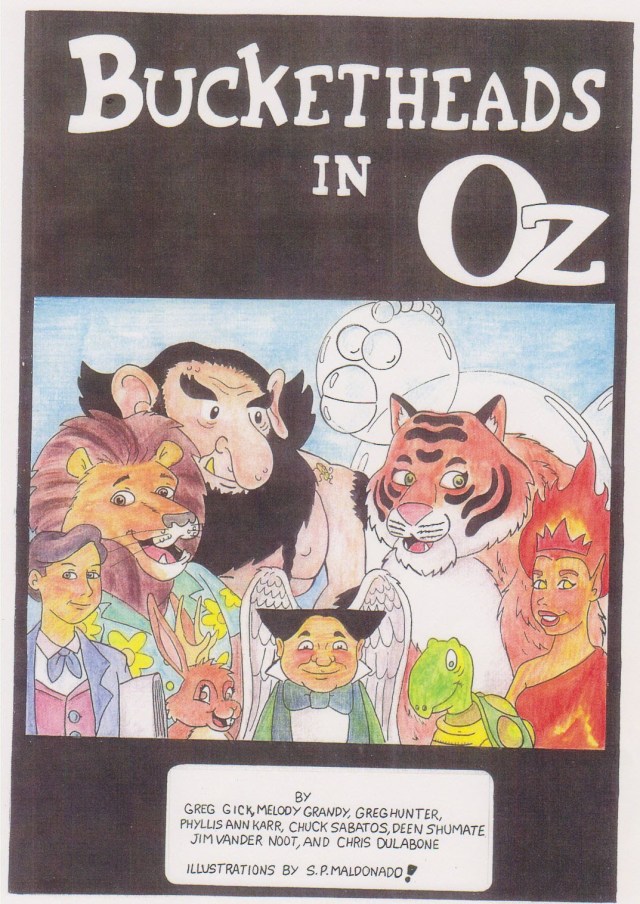 Bucketheads in Oz, by Greg Gick, Melody Grandy, Greg Hunter, Phyllis Ann Karr, Chuck Sabatos, Deen Shumate, Jim Vander Noot, and Chris Dulabone – While there is a justification for the title in a short scene where two characters accidentally turn each others’ heads into buckets, the more valid reason for it is probably how the old name for Tails of the Cowardly Lion and Friends was Buckethead Enterprises of Oz. Hence, this was a book written by multiple Bucketheads. I really don’t know how the collaborative process was carried out (although I do know that one chapter, “The Guardian Dove,” was formerly a stand-alone Oziana story by Karr), but the result actually comes off as much more organized than some of the Buckethead/Tails books that have only one author. The number of characters might be a bit excessive, however. Not only do Kericot and Terrence Oldshell play a major role, but we’re also introduced to Tekrouri the Troll, Tisha Rae the Jackalope, the winged Hammer-Head Harley, Wally the Woggle-Bug, the fire maiden Conflagra, Leotryaton the Lazy Lion (his nickname coming from one of L. Frank Baum’s silent movies; the Lazy Lion was an excuse to reuse the lion suit in a film that didn’t include the Cowardly Lion), a mechanical Bubble Bird called Effer Pheasant, and a young artist named Osborne Austin. I liked these characters, but the sheer number of them means some of them, like Tisha Rae, kind of fade into the background. The plot involves Tekrouri accidentally using a wish to bring Mombi back to life, and while the old witch doesn’t really do much until the very end, it’s always nice to see her again. (Well, maybe “nice” isn’t QUITE the right word when it comes to Mombi.) This is one of the better Tails productions I’ve read recently, and it’s graced with excellent illustrations by Shawn Maldonado. 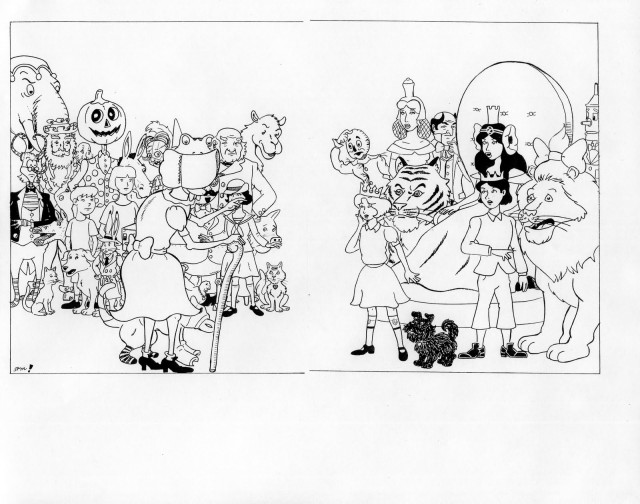 6 Responses to Put Your Hand Inside the Buckethead