I Play Some Pachinko, I Play Pachisi

One of the books I’m currently reading is something called Board and Table Games from Many Civilizations, which Beth actually gave me several years ago. A fair amount of it simply explains the rules of the various games, which doesn’t make for particularly good casual reading, but the historical information is quite interesting. And since I like talking about games, I figured the book could be a jumping-off point for a series of posts. For the time being, at least, I’m going to try to make Monday Game Day. And we start this series with Pachisi, known as the Royal Game of India. I played this a fair amount as a kid, but the version I played is actually much simpler than the original, although the basic principle is the same. It’s what’s known as a circle-and-cross game, in which players have to move their pieces from the central circle around the cross and back. A fairly simple concept, and we have evidence of such games being developed in various societies, quite possibly independently of one another.

Pachisi itself is often thought to date back to the fourth century, but I don’t think we have any conclusive evidence of its existence prior to the sixteenth. The Mughal Emperor Akbar, ruler of northern and central India, presumably had a giant Pachisi board at his palace, on which it is thought actual humans served as the playing pieces. Regardless of the size of the board, moves were determined based on throwing cowrie shells. The highest throw possible was a twenty-five, from which the name of the game derives.

When an easier version of the game was marketed in Britain at the end of the nineteenth century, it was called Ludo, from the Latin for “I play.”

The name of the murder mystery game Cluedo is a play on this, even though the gameplay is nothing like Ludo or Pachisi. Since the name Ludo never caught on here in the States, where it’s usually just called “Parcheesi,” that game’s name was shortened to just “Clue” here. But that’s a story for another post. 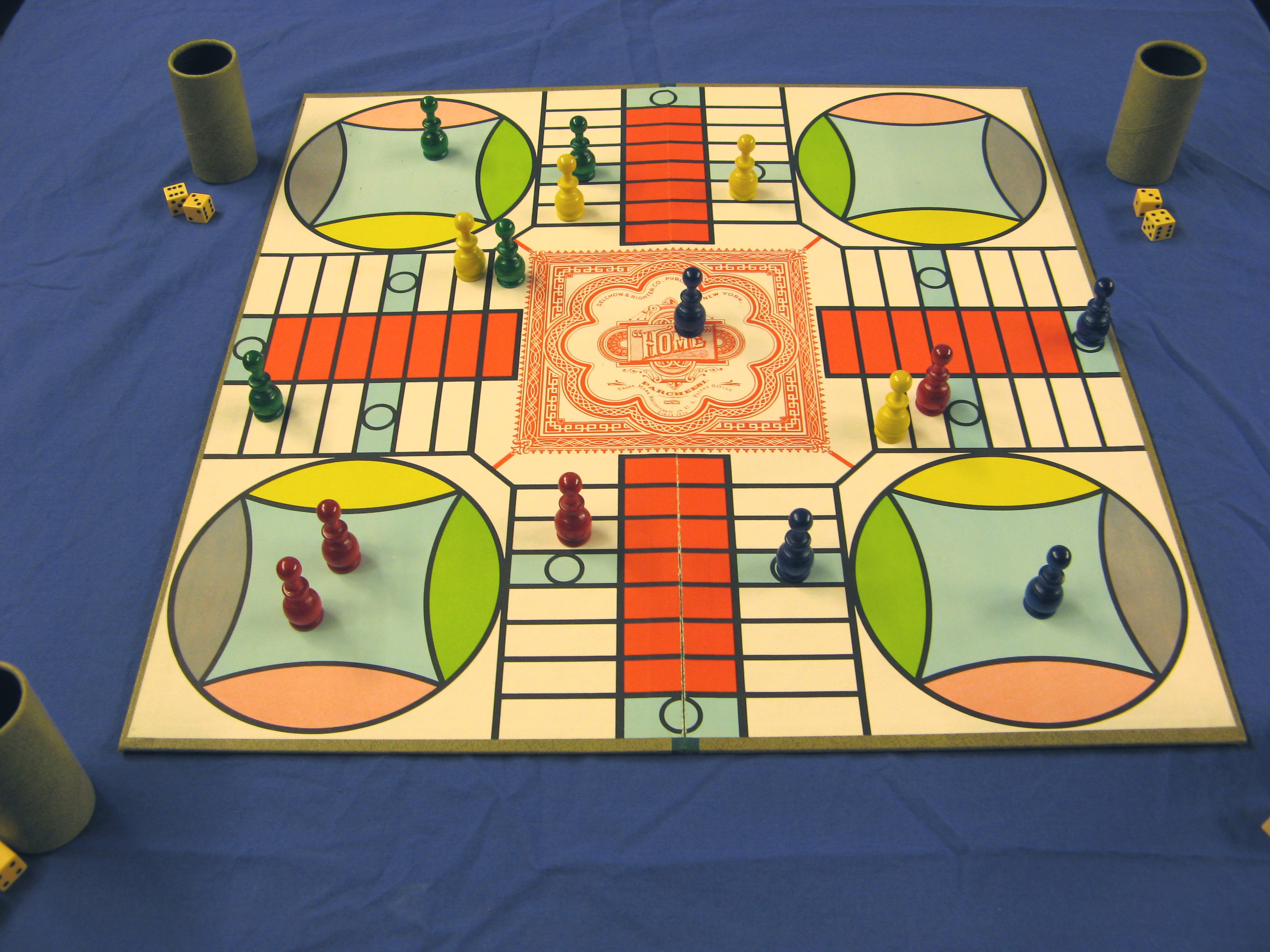 In German, the game is called “Mensch-ärgere-dich-nicht,” or “Don’t Be Angry, Man.” I’m not sure how this originated, but I have to wonder if it’s linked to the game “Sorry!”, which is a lot like Parcheesi but with cards instead of dice. I believe Ludo is usually only played with one die, while the American Parcheesi uses two, hence adding a greater element of strategy. In the two-dice version, each die is taken independently, allowing you to move up to two pieces in the same turn. That’s how I remember playing it, anyway. Also, there’s a rule that rolling doubles will get you an extra turn, but three doubles in a row results in your having to move a piece back to the beginning. A similar rule was adopted in Monopoly, in which doubles three times in a row will land you in jail. Using dice is in and of itself a simplification of the cowrie shell system in the original game, but I guess Western game manufacturers didn’t think putting shells into mass-produced game boxes was practical. {g} Also different from the original is how modern variations make each player’s starting space separate, and not the same as the goal.

Incidentally, in The Royal Book of Oz, Ruth Plumly Thompson compared Oz to a Parcheesi board, as both are divided into four color-coded areas. I suppose this would make the Emerald City the goal, which is often is in the Oz books.

9 Responses to I Play Some Pachinko, I Play Pachisi