This Is the Way the World Ends

So, the Rapture is today, right? Actually, Beth and I were listening to Family Radio tonight, and Harold Camping said something about how it wouldn’t come until 6 PM in whatever time zone you happen to be in, at which point there will be an earthquake. So I guess it’s some kind of moving earthquake, paying attention to time zones. I wonder how it will work when it comes to the states that don’t observe Daylight Savings. The station was also still playing its normal spots asking for donations and offering books and pamphlets, though. You’d think they’d have done a little more preparation for this once-in-an-eternity event!

Anyway, while the Christian notion of end times is certainly the best known, other religions have tried their hands at at predicting the end of the world as well.

The earliest known eschatological beliefs come from Zoroastrianism, at least some branches of which taught that the lifespan of the world was 12,000 years. It’s also neatly divided into four eras, and the final one will see a new savior every thousand years. All three will be conceived when a virgin swims in the lake where Zoroaster’s sperm is preserved. The first two will play major roles in defeating evil and restoring the state of the world before the coming of Angra Mainyu, but the third will be the one to finally finish the job. The epic battle between good and evil will be concluded with a flow of molten metal of the entire world, purifying the planet and destroying the wicked while leaving the good intact, and then destroying Hell and its ruler. After that, the world will become a paradise, and people will live in harmony, speaking only one language and never needing to eat or drink. It’s already been well established that post-exilic Judaism borrowed a lot of ideas from Zoroastrianism, and the neat division into thousand-year periods has shown up in both Jewish and Christian eschatology. For instance, the Book of Enoch has Uriel mention that the rebellious stars are bound for 10,000 years, and Revelation refers to a thousand-year reign of Christ on Earth.

Hinduism also picks up on the idea of ages by claiming that the world is currently in the Kali Yuga, the fourth and worst era of the universe’s constant cycle of death and rebirth. Traditionally, this age is said to have started in 3102 BC, when Krishna left the Earth. The Internet records different lengths for the Kali Yuga, but 432,000 years looks to be the figure cited most often. That’s not to say that some would-be prophets haven’t drastically shortened this length in order to say the end is coming soon, but they appear to be in the minority. So mainstream Hinduism apparently accepts that we’re living in the end times as far as its being the final age, but not that the end is coming within our lifetimes, which is a refreshing change from the urgency of Christian doomsday prophecy. At the end of the era, Kalki, the final avatar of Vishnu, will show up, riding a horse and bearing a sword.

At least he knows better than to keep the sword out of his mouth, unlike SOME saviors I could name. 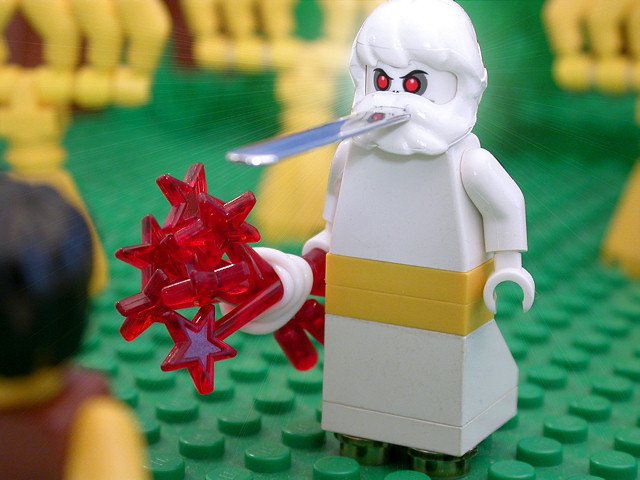 He will do battle with Kali, who, if Wikipedia is to be believed, is a demon who’s totally different from the goddess Kali, their names in Sanskrit not even being that similar. In the course of the war, the world will be destroyed and then begin anew. And this isn’t the first time this has happened, with each 2000 cycles of the universe being merely a day for Brahma. This page says that everything will end for good after one hundred Brahma-years, but I don’t know how widely this is accepted. Regardless, the general reckoning is that we are now in the fifty-first Brahma year, although how anyone could possibly know this is beyond me. I guess they’d have to have gotten it straight from the Brahma’s mouth. 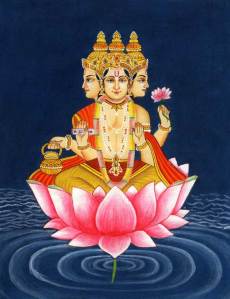 Aztec belief held that, at the end of each age, the sun would be destroyed and the world with it. The world had already gone through four such eras, so we’re now in that of the fifth sun. It is the job of the people to make sacrifices in order to keep the sun appeased, or else it will go dark and the current world will end with an earthquake. Previous worlds came to an end due to jaguars (I’d like to see footage of that one), a hurricane, fire, and flood. Each sun is a different reigning god, the current one being Huitzilopochtli, the god of war. This deity had some features of a hummingbird, and was the patron of Tenochtitlan, the Aztec capital on the ruins of which Mexico City was built. I’ve already written about the Norse Ragnarok, and I think I’m going to save the Islamic apocalypse for another day. If there ARE any more days, that is. See what I did there?

3 Responses to This Is the Way the World Ends