It’s not uncommon for one religion to use another as a jumping-off point, as Christianity did with Judaism and Islam did with both of those. The Baha’i Faith, founded in the nineteenth century, continues with this tradition, having developed from Shia Islam while also accepting tenets of other religions. One major Baha’i belief, which it sort of shares with Islam, is that God has revealed His Word through a series of prophets, including Abraham, Krishna, Moses, Zoroaster, Buddha, Jesus, and Muhammad. The next to last of the prophets honored by the Baha’i is Siyyid `Alí-Muhammad, a Shiite and supposed direct descendant of Muhammad, who called himself “Bab,” meaning “gate.” He claimed that he was the Twelfth Imam, and played sort of a John the Baptist role in the future Baha’i faith, predicting the coming of a messiah for all major religions. The Bab was executed in 1850 by the mainstream Iranian religious authorities, but his ideas lived on. While his official successor was a guy called Subh-i-Azal, another follower of the Bab named Mírzá Husayn `Alí Núrí declared himself to be the foretold messiah, and most of the Bab’s former followers took his side. He called himself Baha’ullah, or “glory of God,” and it is from this nickname that the term “Baha’i” derives. Baha’ullah’s son and great-grandson succeeded him as leaders of the faith, but now there’s no official head, although the Universal House of Justice in Haifa, Israel is considered the highest authority.

While the Baha’i themselves claim that all members are unified, this is actually an exaggeration. There have, in fact, been several splinter groups, although none of them have been very successful and the main faith dismisses them. According to the Wikipedia article, adherents to the religion are forbidden from taking drugs (unless prescribed by a doctor), sex outside marriage, gossip, gambling, and partisan politics. Statistics on the actual number of members of the faith are not totally reliable, but it appears to be around six million worldwide. Actually, the only one I can name offhand is Rainn Wilson, who plays Dwight on The Office and the guy who ends up attached to a fish tail in House of 1000 Corpses. 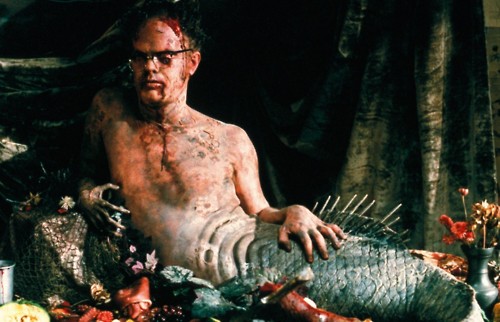