Sweets to the Swedenborgian

You may have noticed that I haven’t been writing any posts on famous theologians or religious denominations recently, which isn’t so much because there aren’t any more as that I just got kind of bored with it. While doing a little bit of research on John “Johnny Appleseed” Chapman for my review of Melody Time, however, I noticed that he was a missionary for something called the New Church, which I knew nothing about. This branch of Christianity was based on the ideas of the Swedish scientist and inventor Emanuel Swedenborg, and hence is sometimes called Swedenborgianism, although Emanuel didn’t actually found the church and the followers of the religion find that name misleading.

Swedenborg claimed to have had mystical experiences in which he received revelations from Jesus, as well as communications from other planets. He also said he’d visited Heaven and Hell, and wrote a book about them. One of his central beliefs was that the Last Judgment and Second Coming had already occurred. Strange that people would have missed them, then. Well, actually not so strange in Swedenborg’s mind, because he viewed them as only having happened in the spirit world, rather than the physical one. Sounds like a bit of a cop-out to me, but it wasn’t without precedent. Swedenborg rejected the notion of God in three persons, considering the Trinity to instead be comprised of the body, mind, and soul of Jesus. Jesus is the only God, and there’s no actual difference between Father and Son. Salvation was achieved not through faith alone, but through faith and acts of charity. And in contrast with Matthew 22:30, it was possible to get married after dying and going to Heaven. Perhaps Swedenborg, who never married, was going in for a bit of wishful thinking on this point.

The foundations of the New Church were not laid until 1787, fifteen years after Swedenborg died. In addition to Johnny Appleseed, other famous people were influenced by Swedenborg’s ideas, including Helen Keller, Immanuel Kant, Carl Jung, and Jorge Luis Borges. The Gyllenhaal family has also been in the church for generations, and that includes Stephen, the father of actors Jake and Maggie Gyllenhaal. 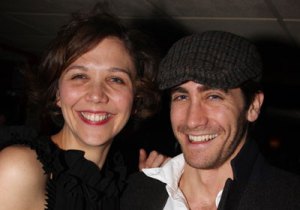 Their mother is Jewish, however, and I have no idea how much they adhere to Swedenborg’s ideas, if they do at all. I wonder how much Donnie Darko’s mysticism corresponds with Swedenborg’s. 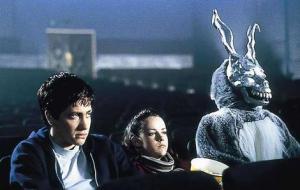