The Things That You’re Liable to Read in the Bible 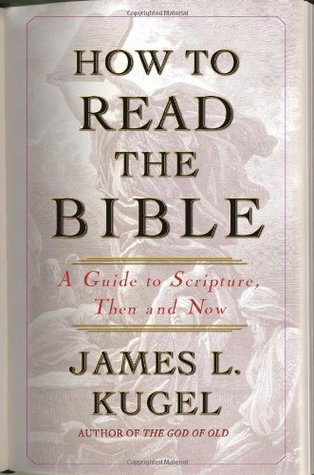 How to Read the Bible: A Guide to Scripture, Then and Now, by James L. Kugel – I actually saw this book recommended on Unreasonable Faith recently, so I decided to check it out. I have to say I definitely recommend it as well, regardless of what your own religious affiliation is. Kugel works his way through the Hebrew Bible/Old Testament, explaining how various stories were traditionally interpreted, how interpretations changed over time (including how Christians turned them into allegories of Jesus), and what modern biblical scholars think they might have originally meant. The author, as a practicing Jew, admits to having somewhat of a bias toward the traditional interpretations, but he presents the other viewpoints quite fairly and thoroughly. He concludes in the final chapter that modern scholarship essentially undermines the notion of the Bible, seeing it instead as a collection of unrelated stories that were eventually cobbled together. In Judaism, the basis of the religion is not merely scripture itself, but also the rabbinical interpretations of scripture, as seen in the idea that the Oral Torah is just as important as the written one. It’s somewhat different in Christianity, particularly with the rise of the Protestant desire to base their teachings entirely on scripture as written. Anyway, I found the book quite engaging and even-handed, and even amusing in spots.

One thing Kugel mentions is that, while much of modern biblical scholarship was initially the work of believers who wanted to get down to the purest form of their holy book, it’s difficult to really get into such studies without taking a largely secular view. Even with this knowledge, however, a lot of them still retain their faith. And why not? If your faith is shaken by the concept that the book of Isaiah could have more than one author, was it really all that strong to begin with? Yet it seems like many pastors, especially of the more fundamentalist forms of Christianity, learned these things in seminary but refuse to tell them to their congregations, which strikes me as a rather elitist attitude. “Sure, I can be aware that the Bible isn’t 100% accurate and still believe in God, but I don’t think you can handle it!” This is a topic Bart Ehrman talks about in another book I read recently, Jesus, Interrupted. Beth, who thinks it’s funny to make me listen to and watch annoying stuff, will often turn the car radio to the Calvary Chapel radio station, and it’s amazing how indignant some of the pastors will get over the idea that the Bible might not be literally true. One of them insisted that Isaiah must have only had one author, because Jesus spoke as if it did, and how can we say we know more than Jesus? If you asked one of these preachers how they know Jesus is divine, though, they’ll likely point to the Old Testament prophets, including Isaiah. So if it turns out there was some forgery involved in that book, where does that leave them? Going around in circles, I suppose. Also, I’ve come to find that the idea of sola scriptura is rather hypocritical anyway. If the Bible is their guidebook for everything, why does it seem like the main concerns of the modern fundamentalist movement are abortion, drugs, and gay marriage? Where does it address any of these things in the Bible? Oh, sure, you can pull out some verses and say that’s what they mean, but that’s due to how their forbears interpreted those verses. So even people who SAY they take the Bible literally generally don’t. A lot of them haven’t even read it, which makes me wonder how they know their religious leaders aren’t just inventing stuff that isn’t really in there.