I was wondering recently about how industry works in Oz. While I would imagine many functions are fulfilled by small businesses and magical trees, there is the occasional mention of a factory. The Scalwagons are produced in a factory that the Wizard of Oz set up on Carrot Mountain. There’s a jam factory in the Hidden Valley in…well, The Hidden Valley of Oz. 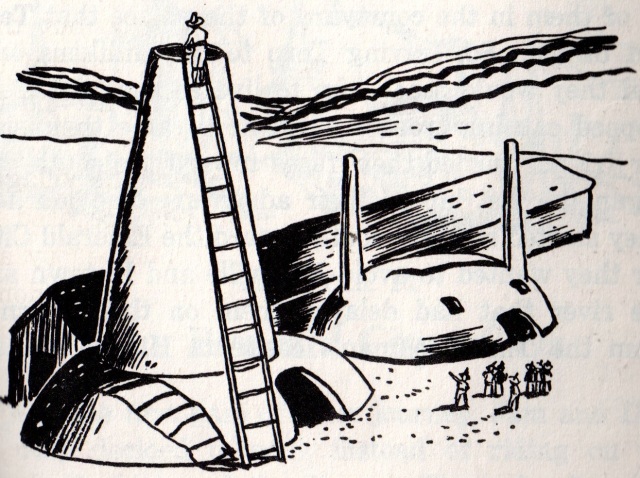 In Merry Go Round, Roundabout has factories that make round objects, which are always perfect and never wear out. They’ll have no truck with planned obsolescence in that city. And in Yankee, the Kingdom of Wackajammy has several factories that produce baked goods. Note that these are all from the forties or afterwards, as if that was the point when writers could no longer imagine an Oz without a manufacturing industry. Did any factories appear in earlier Oz books? I know there’s a mention of a pickle factory in Purple Prince, but we don’t actually see such a place. Besides, I would imagine that pickles grow on trees in at least some parts of the fairyland. Anyway, there are some factories in outlying parts of Oz, but does the Emerald City have any? I would guess offhand that it doesn’t. Even though Ozian factories might well not pollute as much as their Outside World counterparts, they’d probably still be rather distracting to find in an idyllic city. But what about a power station or a waterworks? I mean, the city has to get these utilities from somewhere, right? Or does some sort of magic take care of all that? It’s an interesting thing to think about, and maybe something that should be addressed in a future Oz story. Actually, my wife, who sometimes likes to come up with weird hypothetical titles, once proposed “Terry Carruthers and the Water Filtration System of Oz.” Not sure where she got “Terry Carruthers,” but apparently there’s a boxer with that name. 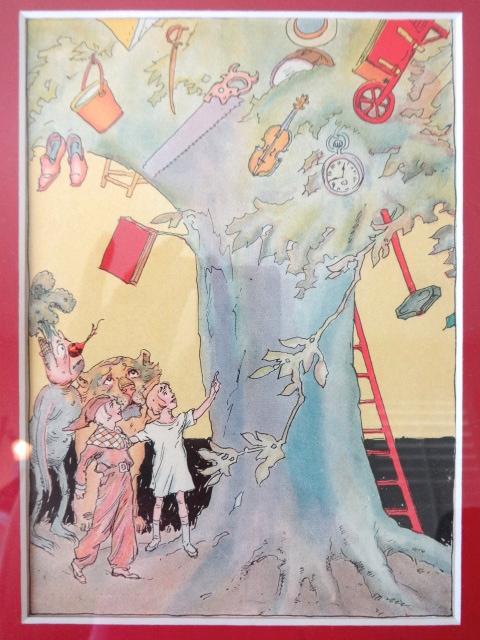 And since I’m writing about industries in the Oz books, I’d be remiss if I didn’t mention the Indus Tree in Down Town, a community beneath the surface of the Land of Ev visited in Hungry Tiger. Down Town is positively obsessed with money, and the Indus Tree is an enormous plant that grows in the public square, where people can pick various objections for their professions. Carter Green picks a wheelbarrow from this tree, and Prince Evered a sword. I suppose the profession for which you’d need a sword is a soldier, but I don’t know that Down Town has a military force. If we could only grow trees like this in the Outside World, it would definitely cut down on the costs of starting a business. I tend to doubt it’s been upgraded to grow computer terminals as of yet, though.