Marvel with the Mormons 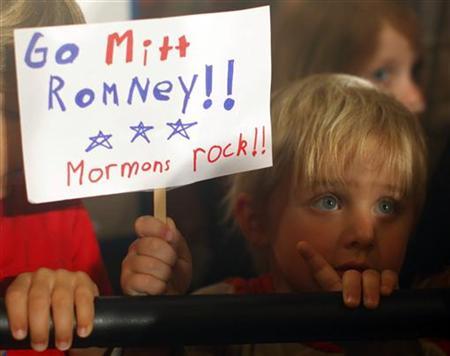 Apparently Mitt Romney referred to Paul Ryan’s budget as “marvelous,” which President Obama found to be a rather odd choice of adjective. As seen in this post, however, the word “marvelous” appears constantly in the Book of Mormon. Basically, Joseph Smith was a terrible writer who wanted his book to sound like the King James Bible, so he used words that he thought came across as Jacoban over and over again. I’ve had a request to write about Mormonism, but I already covered that topic a few years back with my Thursdays with Moroni series:

Part of me thinks that religion is religion, and if you believe some carpenter who lived 2000 years ago was the incarnation of God Almighty who sacrificed himself to himself so believers could get into Heaven, adding that he went to America at some point doesn’t make it that much more far-fetched than it was already was. Even the stuff about God having a body and living on the planet Kolob, while quite far from mainstream Christian belief, doesn’t hurt anyone to believe. 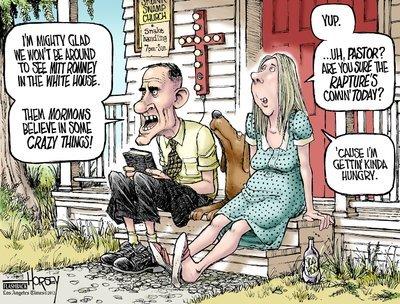 No, the bigger problem is something that comes up over and over in the Book of Mormon and Smith’s other works, and that’s institutionalized racism. It’s not just passages that some people interpret as racist, but a very blatant theme that darker skin indicates a lower level of faith. How much of this Romney believes, I couldn’t say, especially because Romney seems to change his beliefs every other day. There are plenty of reasons not to vote for the guy that don’t involve religion, so as ridiculous as the convictions of the Latter-Day Saints might be, I don’t know that it even needs to enter into politics. That doesn’t mean it isn’t interesting to examine, however.

7 Responses to Marvel with the Mormons