Plight of the Private Citizen

Thinking back to my earlier post about fictional societies that value reason above all things, I realized that there’s one Oz character for whom the same thing is true. This is Tititi-Hoochoo, the Great Jinjin and Private Citizen of a country on the other side of the world from Oz. As Private Citizen, he’s the only inhabitant of the land who isn’t a king or queen or a servant of a monarch, so he rules over everyone else. It’s one of the sort of backwards political systems of which L. Frank Baum was fond, at least in his writing. Physically, he is a stately and handsome figure with black eyes that glow red in the center. He is described as having no heart, and hence no passion or mercy, but a large amount of reason and justice. You could argue that justice is based somewhat on compassion, and indeed it is said that no one who is innocent need fear the Jinjin. They do anyway, however, perhaps because no one ever feels they are truly innocent. We don’t actually see a whole lot of Tititi-Hoochoo’s justice, aside from his deciding to remove the Nome King from his throne after the Nome tricked the protagonists of Tik-Tok of Oz into the Forbidden Tube that leads to the Jinjin’s country. He decides to forgo punishing the people who fell down the Tube despite the fact they technically broke a law, as it was not their fault. Another thing we learn about Tititi-Hoochoo is that, being a Private Citizen himself, he favors workers in lower positions. He invites Tik-Tok, who is then serving as the only private soldier in the Army of Oogaboo, to share his throne with him. When he reappears in Phyllis Ann Karr’s Gardener’s Boy, his favorite is the gardener’s assistant Grewl, formerly King Krewl of Jinxland. I suppose that, in the Jinjin’s view, this was a promotion. The Great Jinjin also shows up in a short story by Melody Grandy, featured in her Zim Greenleaf, in which the Private Citizen agrees to let Zim give him a heart. Overall, though, he remains a mysterious character, as someone with wisdom and reason supposedly beyond that of the authors writing about him probably should. 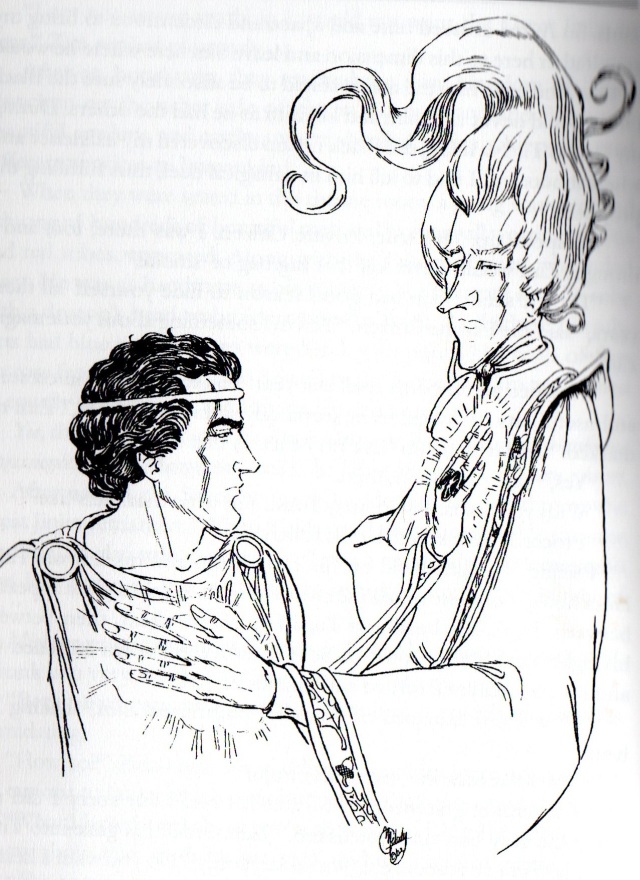 10 Responses to Plight of the Private Citizen