When studying the history of Oz, you’re pretty much guaranteed to come across Mombi, the wicked witch who successfully captured three successive generations of the Ozian royal family. She first shows up in The Marvelous Land of Oz as someone dwelling in the rural Gillikin Country and practicing magic in secret, although all her neighbors actually know about it and fear her. She’s raising a boy named Tippetarius for whom she shows no love, and it turns out he’s Princess Ozma under an enchantment.

Ozma reveals in Dorothy and the Wizard that her former guardian was once the Wicked Witch of the North, and that she had been the jailor of Ozma’s grandfather and father. The fate of Ozma’s grandfather remains unknown, but we learn in Lost King that Mombi turned her father into a tailor and imprisoned him in the city of Blankenburg. What I have to wonder is, if Mombi was once the ruler of the Gillikin Country (as suggested in DotWiz and reiterated in Giant Horse), how was she able to live there in relative obscurity at the beginning of Land? Later, she worked as a cook in the court of Kimbaloo, using her own name. Ruth Plumly Thompson gives the rather weak excuse that the history book they used in Kimbaloo, written by Professor Wogglebug, didn’t mention the name of the witch who had enchanted Ozma.

I’d also like to take a look at the magic powers Mombi demonstrates throughout the series. She’s obviously a fan of transformation, which she used on both Ozma and Pastoria as well as others. She turned Pastoria’s Prime Minister Pajuka into a goose; and tried to change Queen Orin into a wicked witch, but she became a good witch instead. In her good witch form, Orin first comes across Mombi trying to turn a woodcutter into a stump. In Land, the wicked woman exchanges forms with Jellia Jamb; and turns herself into a rose, an ant, a shadow, and a griffin in her attempts to get away from Glinda. In Giant Horse, it’s mentioned that she turned herself into a beautiful woman to try to seduce Cheeriobed, a trick that Blinkie’s associates also use in Scarecrow. Interestingly, she also gives herself a more youthful form in Gregory Maguire’s non-canonical Out of Oz. In addition to transformation, she proves to be quite deft at creating realistic illusions. Even after she loses her powers, she is still able to work a certain amount of magic with cooking ingredients, producing a baking powder that can make anything rise and gelatin that can gelatinate an entire lake. When she appears in painted form in Lucky Bucky, the only magic she really works is to fly. The text mentions her having a “riding broom,” but her ability to fly doesn’t always seem to be connected to the broom. When we see the actual living Mombi, she’s limited to travel on foot, and needs a stick to balance. On the other hand, she’s seemingly tireless and is reported to have the strength of ten men, so her weakness could be at least partially an act. Whether the real Mombi could ever fly remains a mystery, although it is perhaps worth noting that she once rode a black eagle, and Blue Emperor reports that she showed up on a broomstick to capture Ozroar.
Incidentally, I’ve read of a likely source for Mombi’s name, and I might as well bring that up here. Nathaniel Hawthorne’s short story “Feathertop” has a witch bringing a scarecrow with a pumpkin for a head to life. Jack Pumpkinhead shows some similarities to Feathertop, so it wouldn’t surprise me at all if L. Frank Baum chose to name the witch who animated Jack a shorter version of that of Hawthorne’s witch, Mother Rigby.

By the way, isn’t it about time for Mombi to get her own book? 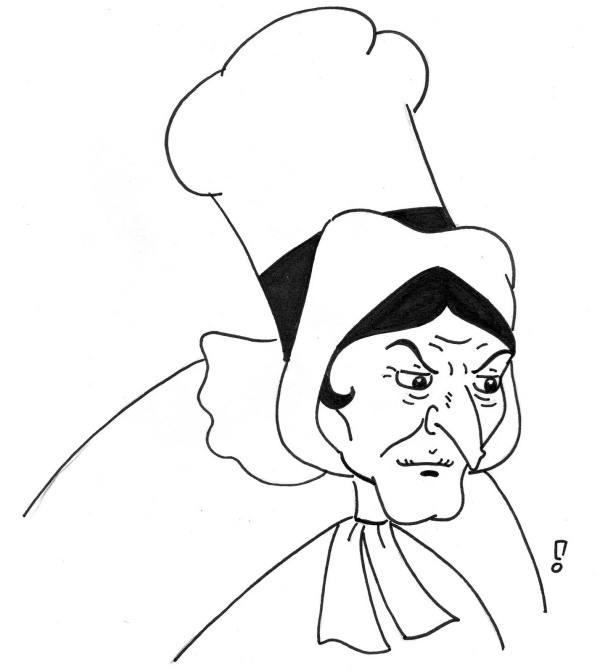