I don’t own any issues of the old Nintendo Comics System, but I used to read them at the store. In retrospect, maybe I should have bought some, because now they’re hard to find. Some of the stories have been scanned and put online, but by no means all of them. One particular Mario story, “Tanooki Suits Me,” is particularly difficult to come by, and I haven’t read it. It was apparently only published in one special edition comic book. Anyway, I’ve already looked at the Captain N comics, so what about the Mario ones? Well, they were pretty heavily based on the cartoons, complete with plumber and pasta jokes and the hairless design for Bowser. There’s even one comic where he comments on his baldness when a kleptomaniac Lakitu steals his crown and he has to wear a hat. Characters from the first three Super Mario Bros. games showed up, including Wart on rare occasions, as well as some who were unique to the series. These included the Princess’ father King Toadstool, his butler Wooster, and the annoying Stanley the Talking Fish. 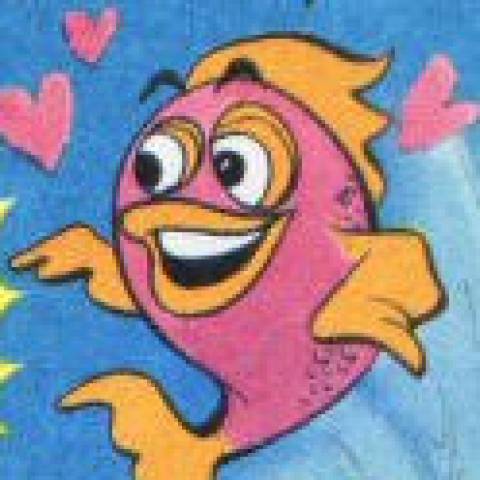 And while not a character per se, Mario’s favorite comic book hero Dirk Drain-Head frequently played a role as well. The stories were mostly pretty generic, but they could sometimes get oddly surreal. In “Just Deserts,” Bowser has a machine that can make mirages turn real, and Mario and Luigi get a ransom note for the King out of a vending machine. Another one, “You Again?”, has Mario being repeatedly defeated on his way to rescue the Princess, only to constantly find out he’d been dreaming. (That kind of fits the theme of my last post, doesn’t it?) There are summaries of most of the comics at the Mario Wiki, and Total Media Bridge has some more detailed reviews of a few of them. Here are some of my thoughts on two of the comic stories that I recently read:

Bowser Knows Best – The seven Koopalings kidnap the Princess as a Father’s Day present, only to have her trick them into letting her go. While Wendy and Lemmy appear in other stories, I think this might be the only comic appearance for the other five. An interesting quirk is that Larry doesn’t talk, but instead speaks in pictures, which Lemmy has to translate for everybody else. We also learn that Roy has a much-abused pet rabbit named Pookie, and the end suggests Bowser’s birthday might be in May.

A Mouser in the Houser – This one is interesting for its attempts to explain some aspects of the Mario mythology. The Princess runs into an underground community of giant mice in sunglasses, who say that Mouser was their king until he left them to work for Bowser. They also take credit for building the system of warp pipes and hiding items throughout the Mushroom Kingdom.

Another part of this one that I like is the opening discussion about everyone’s misbehavior at the last official function. I wonder what country the ambassador they’re entertaining hails from.

Also kind of fun are the fake advertisements for Mushroom World products, like these for Koopa-Kola and Koopatone Greening Solution:

Overall, they’re hardly great comics, but still worth reading if you’re interested in another take on the Mario universe. I do have to wonder why Mario doesn’t have a comic series now when Sonic the Hedgehog and Mega Man both do, and I’m not the only one. Mario’s world has expanded quite a bit in the past twenty-odd years, after all, so the writers wouldn’t be as limited in terms of source material as they were back in the days of the Nintendo Comics System.