You’ve probably heard about the Illuminati from time to time. They’ve pretty much become a shorthand term for secret societies that control the world and worship Satan. I understand that Alex Jones, the guy who recently made the news for his offensive theory about the Boston Marathon bombing being caused by the government, is a major proponent of such theories. But where does the term “Illuminati” actually come from? The society that originally took that name was a Bavarian organization started in 1776 by a philosopher and law professor named Adam Weishaupt. Apparently it was originally founded to promote equality and oppose superstition and church control. In other words, they seem to have been sort of a skeptical group, exactly the sort of people who would consider the modern Illuminati theories to be bogus. Then again, maybe that’s just what they WANT you think. Regardless, they were officially disbanded by an edict from the Prince of Bavaria of 1785, but conspiracy theorists of the day claimed that they survived and caused the French Revolution four years later. Rumors of the Illuminati creep up from time to time, often combined with ideas of other conspiracies and secret societies. Most recently, it’s been musicians who have been the subjects of Illuminati rumors. I understand they’re particularly popular in the hip-hop community, and Jay-Z is often identified as a member of the organization. 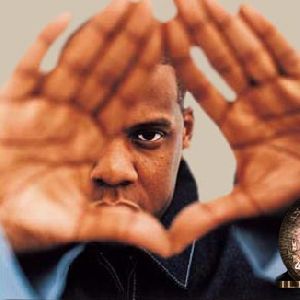 As I mentioned a few years ago, so are Lady Gaga and Beyonce. And they apparently assassinated Whitney Houston to make room for Blue Ivy in the group.

Wouldn’t a group that plans to take over the world want to have as many members as possible? Really, though, the more ridiculous it is, the more fascinating it becomes. It’s only a problem when these theories lead to hatred and paranoid behavior, which they undoubtedly do at times. Gawker has a good overview of the Illuminati conspiracy theories.