Toying with the Occult

Ah, the Ouija Board. Who doesn’t love the idea of a means of possession by evil spirits that you can buy at Toys “R” Us? I’ve never used one myself, but I’ve heard plenty of stories of girls at sleepovers getting eerie messages from them, and in The Exorcist the demon Pazuzu managed to possess Regan by operating through a Ouija Board under the name of Captain Howdy. That sounds like a good name for a seafood restaurant to me. There’s even an Oz book, Invisible Inzi of Oz, said to have been received on a Ouija Board, supposedly from L. Frank Baum although the style isn’t at all similar to his. 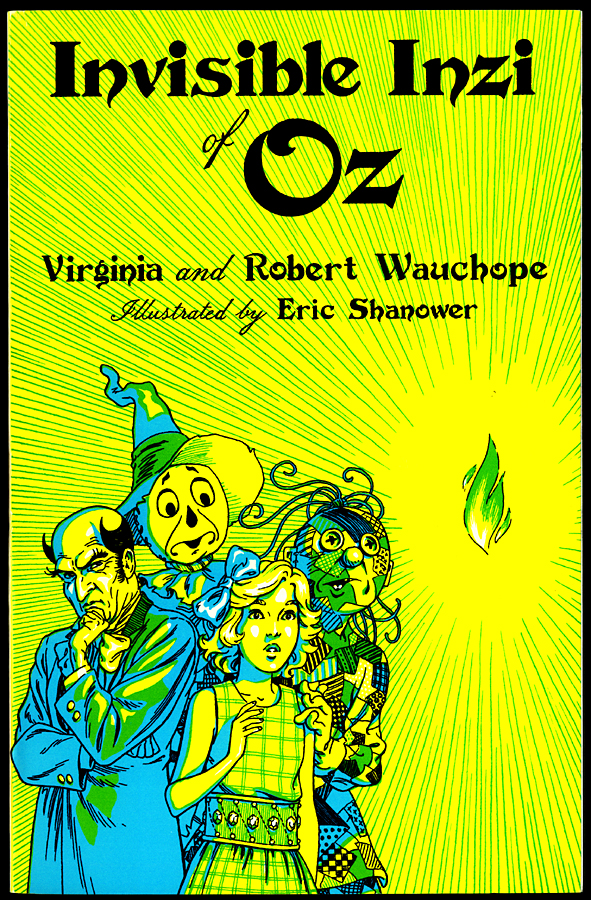 It’s a pretty short book, but I still doubt anyone really sat the board long enough to receive it one letter at a time. The more interesting thing about Invisible Inzi is that it’s more or less the first Oz fan-fiction, not licensed by Reilly & Britton/Lee. Anyway, the mundane explanation for why Ouija works is the ideomotor effect, in which the user makes unconscious motions.

The concept of spirit writing dates back to a long time before Hasbro started marketing it to gullible teenagers. While I’ve seen some (probably untrue) speculation that Pythagoras did something of the sort, it’s Chinese fuji writing (nothing to do with the Japanese volcano or the film, as far as I know) that seems to be more often cited as the direct ancestor of Ouija. While originally done with a sieve as early as the fifth century, this was later superseded by the planchette, which is sort of like a divining rod. This practice was banned during the Qing Dynasty, but continued in secret even so. Skip ahead to the nineteenth century when Spiritualism became popular in Europe and America, and planchettes that looked more like guitar picks came into fashion in seances and the like.

The idea of attaching a planchette to a board with the alphabet printed on it, rather than having to rely on reading the letters it supposedly wrote out, is attributed to Elijah Bond and Charles Kennard of the the Kennard Novelty Company. They filed for a patent in 1890, and it was William Fuld who gave it the name “Ouija” in 1901. His original explanation was that this name was based on the ancient Egyptian for “good luck,” but someone probably looked this up and found out it was bunk, because he later switched to saying it was based on the French and German words for “yes.” In that case, though, shouldn’t it be pronounced “wee-yah”? So while spirit writing was probably an actual means of divination at one point, Ouija in particular was always intended as a toy. That hasn’t stopped people from believing it’s real, or the same fundamentalists who think Dungeons & Dragons and Harry Potter teach kids how to cast actual magic spells condemning it. I’ve occasionally seen Ouija lumped in with Harry Potter, which doesn’t make a whole lot of sense as the wizards in the Potter books tend to look down on divination.

If fundamentalists want to target games as being evil, maybe they should go after Monopoly instead. After all, what’s less Christian than trying to bankrupt other people?

3 Responses to Toying with the Occult