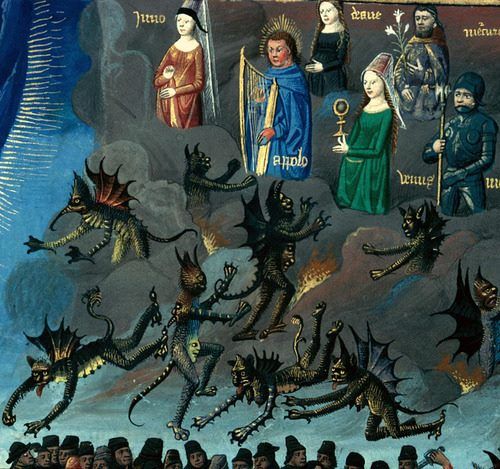 One of many reasons I’m skeptical of religion, or at least of why one religion is better than another, is how political it all seems. The most successful religion in a particular nation or region isn’t necessarily the one that can convince the most people with reasoned debate, but rather the one enforced by the rulers on the people. This might not be so much the case anymore with the rise in separation of church and state, but it’s definitely left its mark. The two most popular religions in the world today remain Christianity and Islam, the ones that historically had the most political force behind them. You could argue that they became dominant because they were true, but if God is really as powerful as people say, couldn’t he find a better way of convincing people than working through emperors and conquerors?

It’s interesting to look at what happens when a society with a particular religion comes to dominate a different one. Back when polytheism was the norm, the conquered cultures would sometimes adopt the gods of their conquerors (after all, they must be better, if they were the victors), or the two would combine in some way. This could happen in peaceful ways as well as violent ones. Nations would adopt the gods of their neighbors, or associate their own gods with other ones, as the Greeks tended to do. As gods could have different aspects, it wasn’t as difficult to reconcile the different religions as it might seem. Monotheism, however, was different by its very nature. If you worship only one god, you’re not going to take kindly to someone trying to make you accept others, or to insist that your almighty deity is simply a manifestation of one of their many gods. 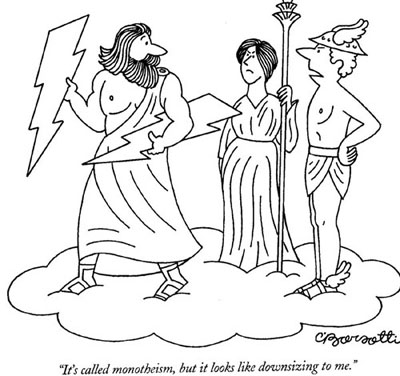 But how did monotheistic cultures view the gods of their pagan neighbors? Now that monotheism is standard in much of the world, it appears that believers think other gods don’t exist at all. As I’ve seen argued before, we’re all atheists when it comes to most gods.

This wasn’t always the case, however. Even the Bible contains indications that the people who wrote it were willing to acknowledge gods other than Yahweh existed, but they weren’t worth worshipping. This looks to have gradually developed into the idea that these others didn’t exist, but the other way of thinking didn’t die out entirely. When Christianity began spreading, it was common for Christians to demonize the gods of other cultures. In other words, their gods were actual beings, but rather than being gods they were demons trying to mislead the people into following the wrong religion. There were indications of this in how Snorri Sturluson treated the old Norse gods.

Demonization was not the only way in which Christians dealt with other religions. Some viewed paganism not as demonic, but as an imperfect preparation for the true faith, which is why there are so many similarities. C.S. Lewis was a more recent adherent to this philosophy, writing in God in the Dock that “the truth first appears in mythical form and then by a long process of condensing or focusing finally becomes incarnate as History.” There was also a process of Christianity borrowing from pagan culture and placing its own traditions on top of existing ones, as seen in the development of Christmas.

7 Responses to Demotion to Demons