As ruler of the Greek gods, Zeus was considered by the ancient Greeks as one of the most powerful entities in the world, with only Destiny and the Fates remaining outside his control. His father Kronos, faced with a prophecy that he would be overthrown by one of his children, took to swallowing them. 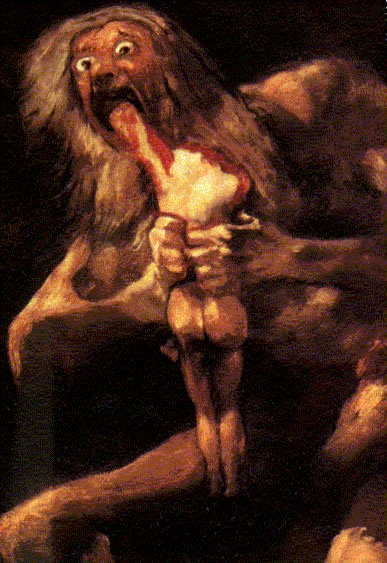 His wife Rhea managed to save Zeus by replacing him with a stone, and Kronos apparently didn’t know the difference. The young god was raised by nymphs, and returned to Olympus when he grew up to defeat Kronos and the Titans. He either cut open his father’s stomach or had Metis administer a drug in order to release his siblings. Being immortal and apparently unable to be digested, they were none the worse for wear. Zeus drew lots with his brothers Poseidon and Hades to see who would rule what, and Zeus getting first pick chose the heavens. In addition to being in charge of the gods and the world at large, he was particularly regarded as a weather deity, throwing thunderbolts at his enemies.

Many of the myths we have about Zeus make him sound like kind of a jerk. He didn’t want mortals to know how to use fire, and when Prometheus stole the secret from the gods, he punished both the Titan and all of humanity. In fact, he meted out quite a few harsh punishments. He also had sex with anyone he could, not always getting their consent, and sometimes taking the form of animal to do his dirty work. So we have adultery, rape, AND bestiality combined. Perhaps the women, mortals especially, were supposed to be honored to bear the children of a god. His demigod offspring included Perseus, Herakles, and Helen. Reading the myths from a modern perspective might make you wonder why anyone would worship this guy, but it’s not like gods or kings were required to be nice. Also, like many gods, he personified natural forces, and those don’t often hold to our ideas of morality either. And while he may have had a shaky start with mankind, he seems to have eased up on them a bit after finding out they were here to stay. He was known to grant favors to some, particularly if they withheld the laws of hospitality. Still, some people eventually did take the stance that Zeus wasn’t an entirely fair ruler, Aeschylus’ Prometheus Bound being an example of such. There must have been something about Zeus that people liked, however, as his worship continued for centuries, and the Romans adopted him as their chief deity under the name of Jupiter.

34 Responses to Zeus or Consequences