The Rare Beauty of Ozma

Ozma’s birthday is one of the few specific dates we have for anything in an Oz book, and even that is based on two references in completely different parts of The Road to Oz. Anyway, it’s today, so happy birthday to the Royal Ruler of Oz! I wanted to write something Ozma-related for today, but I’ve already written quite a bit about her. I don’t think I’ve ever covered her appearance all that thoroughly, however, and that’s worth a look. When she first shows up in The Land of Oz, she’s described in this fashion: “Her eyes sparkled as two diamonds, and her lips were tinted like a tourmaline. All adown her back floated tresses of ruddy gold, with a slender jeweled circlet confining them at the brow. Her robes of silken gauze floated around her like a cloud, and dainty satin slippers shod her feet.” If Wikipedia is to be believed, the most common color for tourmaline is black, but I don’t think that should be interpreted to mean that Ozma has black lips. Tourmalines with a high lithium content can be pink in color, and radiation often makes the gems pink as well. Since the Queen of the Pinkies in Sky Island was named Tourmaline, L. Frank Baum likely thought of pink when he wrote of the gem. As for “ruddy gold,” I guess that would be sort of a strawberry blonde. 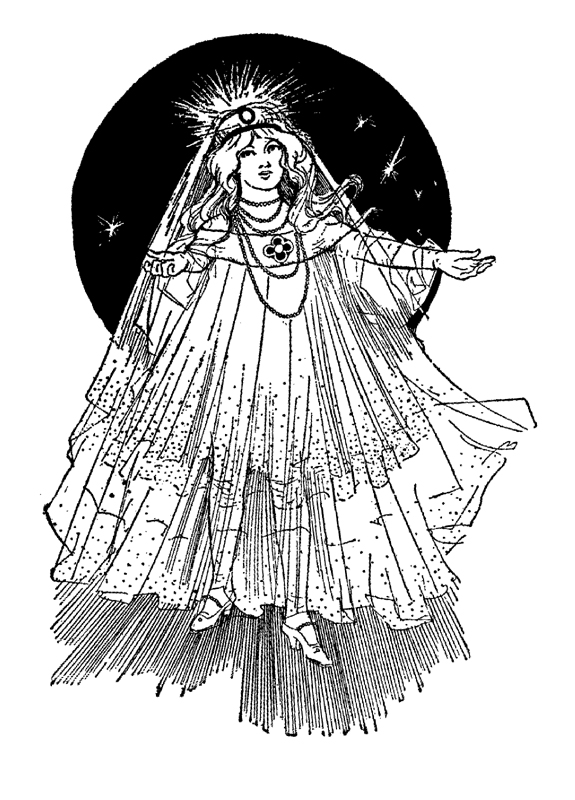 John R. Neill indeed drew Ozma as a blonde in this book, but promptly changed her to a brunette in the next one, Ozma of Oz. I’m really not sure why. I’ve heard that he used relatives as models for Ozma and Dorothy, but since the latter had brown hair in W.W. Denslow’s illustrations, I don’t know why he couldn’t have just modeled her on the brunette. Regardless, Neill stuck with Ozma as a brunette and Dorothy a blonde, and while I don’t think Baum ever again mentioned their hair color (in fact, he didn’t mention Dorothy’s in the first place), other authors followed Neill in the text. For instance, in Speedy, Ruth Plumly Thompson refers to her as a “diminutive brown-haired Princess.” The “diminutive” is partially because this is from a giant’s point of view, but she does tend to be drawn as rather small in size. In Merry Go Round, the McGraws refer to her “flowing, shining black hair,” but dark brown hair can often look black. If you want to accept all of these textual descriptions, maybe Ozma dyes her hair, or changes it magically. Perhaps she was influenced by the change in fashion for princesses favoring brown hair over blonde described in Thompson’s “The Story of the First Brown-Haired Princess.”

Another invention of Neill’s that was used as early as Land is that the princess wears two poppies in her hair. Art Nouveau was popular around this time, so that’s almost certainly where he got the idea.

Fanny Cory also draws the fairy who becomes Prince Marvel in The Enchanted Island of Yew as wearing flowers in her hair when she’s in female form.

We don’t know, however, whether Neill recalled that Ozma’s best friend had once been trapped in a deadly field of poppies, making the choice of flower an interesting one. In a comic written by Eric Shanower and drawn by Ramona Fradon, an artist known for her work with DC Comics and on the Brenda Starr comic strip, Ozma explains their symbolic meaning. According to this comic, they represent the wildness of Oz, how danger can sometimes look innocent, and her view of the land as her dream.

While Ozma is described in Tin Woodman as looking to be “perhaps fourteen or fifteen years of age,” she looks a little older in some of Neill’s later illustrations. 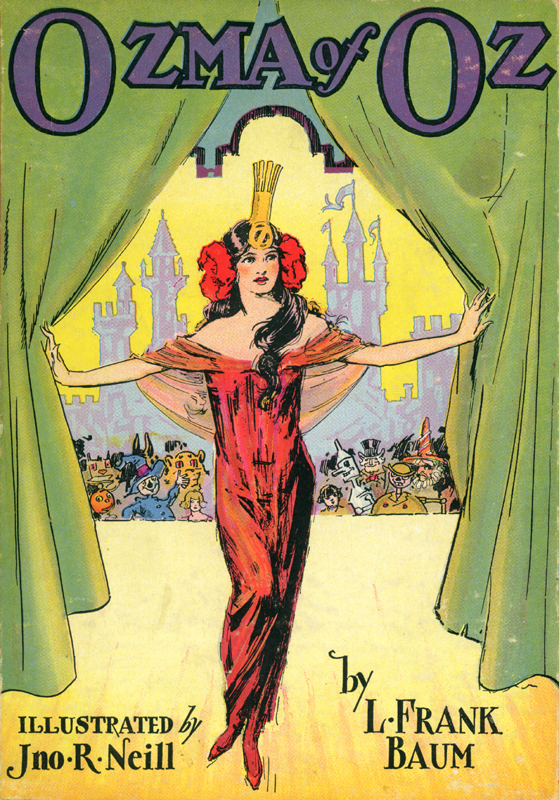 Of particular interest here is the Slinky Ozma picture from a new cover for Ozma drawn in the late twenties, but there are others along the same lines. 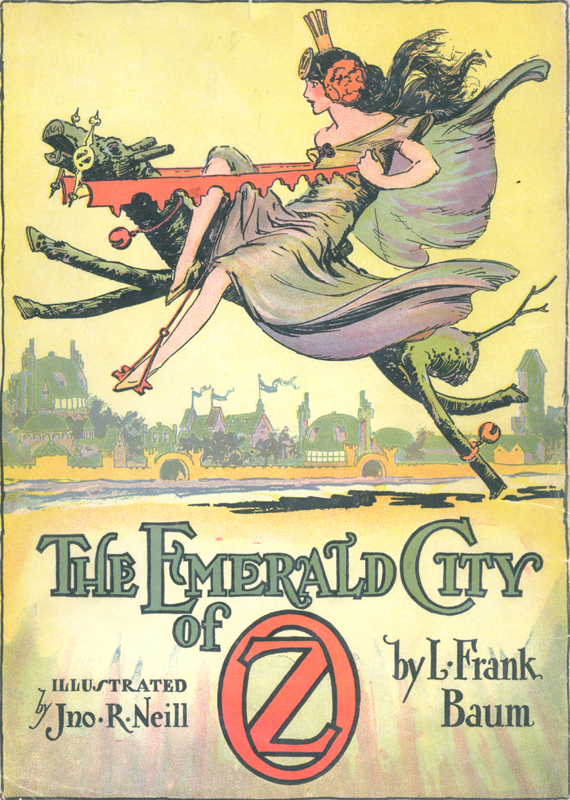 David Hulan suggested that it was Mogodore’s desire to marry her in Jack Pumpkinhead that led to Neill drawing her as more mature and wearing tighter-fitting clothes, which would make sense. It appears that the Slinky Ozma cover was first released in 1929, the same year as Jack Pumpkinhead.

For more Neill illustrations of Ozma throughout the years, take a look at this entry on Hungry Tiger Talk.