The theme of time travel is so prevalent in fiction and general speculation these days that it surprises me a little how recent it really is. I guess part of it is because the idea of time as something through which we travel like we do space, rather than simply a way for humanity to quantify changes in the universe, hasn’t existed all that long. Maybe the philosophical doctrine of presentism, which posits that the past and future don’t truly exist, is correct after all. There were some pretty early tales of time operating at different rates in some places, like the land of the fairies or that of Brahma. In these stories, a visitor stays in the alternate world for what seems to him to be a brief time, only to find that ages have gone by in the mundane world. This is actually a common speculation about what would happen to anyone who managed to travel faster than light. There’s truly nothing new under the billions and billions of suns, I suppose. Stories of someone going to sleep for an abnormally long period of time, like “Rip Van Winkle” or Looking Backward, can also be considered related to time travel stories, although there’s technically no manipulation of time itself in them. In 1733, Samuel Madden wrote about an angel providing documents from the late twentieth century, which has led some to consider this the first true time travel story. The genre became more popular in the latter half of the nineteenth century, with different means being provided as the catalyst for the temporal anomaly. Pierre Boitard used a demon to transport someone into prehistoric times, while Mark Twain’s A Connecticut Yankee in King Arthur’s Court simply makes a guy hitting himself in the head send him back in time. As far as I know, there have never been any scientific experiments testing the validity of that latter method. It appears that the first author to write of a man-made device transporting someone through time was Enrique Gaspar y Rimbau, who in 1887 introduced the anacronópete, or “flyer against time.” H.G. Wells popularized the simple name “time machine” with his 1895 novel of travel to the far future and back.

Technically, I guess a time machine could refer to a clock as well. Many methods have been used for time travel in fiction, some at least sort of based on science, others blatantly supernatural, and still others not really explained at all.

Many time travel stories are based on the notion of changing the past, and how that would affect history. One common idea is that going back in time could have drastic repercussions, as in Ray Bradbury’s short story “A Sound of Thunder.” A guy goes back to prehistoric times and steps on a butterfly, which results in a different result for the presidential election in the present. Strangely enough, the same two candidates are running. One of the most famous media dealing with time travel in popular culture, Back to the Future, has Marty McFly accidentally changing history so he wouldn’t be born. Fortunately, he fades out gradually, giving him some time to set things right.

This can probably be chalked up to artistic license, but of course we really don’t know how it would work. Also, would going back and changing something alter the only universe we have, or would it create an alternate universe? I doubt it would make much difference to the time traveler, but it’s an interesting question from a narrative perspective.

The aforementioned might well be the most accepted theory of time travel, but it’s not the only one. Some stories incorporate the closed loop, in which anyone journeying to the past has ALWAYS done so, so you can’t really change anything. You went back in time and killed your own father before he reproduced? Hey, it turns out he wasn’t really your father anyway. There’s really no beginning point here, as the past affects events in the present that in turn affect those same events in the past, resulting in a lot of paradoxes. Edward Einhorn’s appropriately named Paradox in Oz has the Parrot-Ox Tempus giving Ozma a note supposedly written by herself, only for her to later give that same note to Tempus to bring back. So when was the letter actually written? Presumably it wasn’t, and such a thing could only happen with a Parrot-Ox involved. 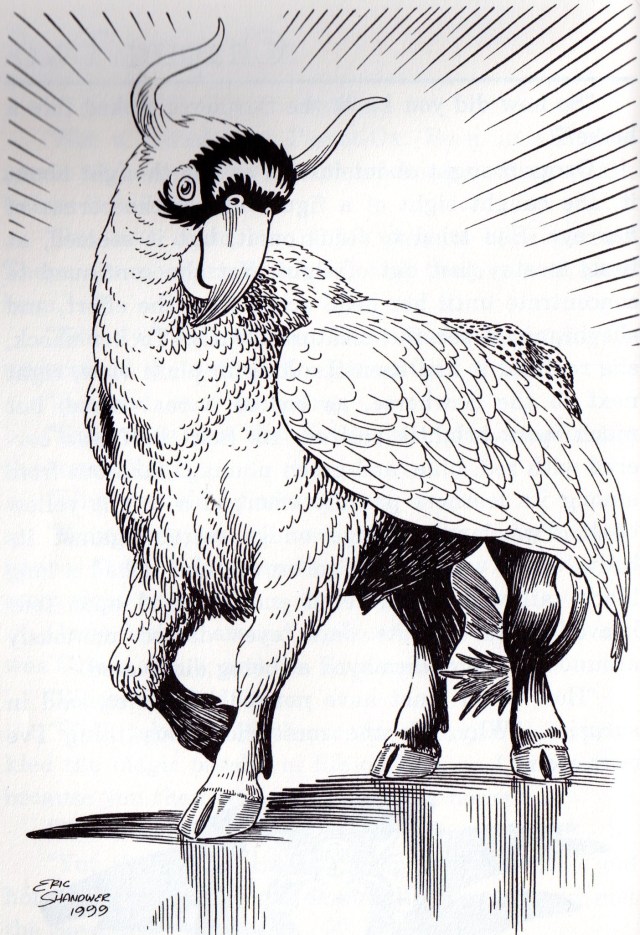 Or in the Futurama movie Bender’s Big Score, Bender takes the tattoo with the time code from Fry’s butt in the future so he can put it on Fry’s butt in the past. Under the normal rules of causality, that tattoo shouldn’t exist.

Perhaps even more to the point when talking about Futurama, Fry is his own grandfather. Bill and Ted’s Excellent Adventure also plays with this idea, with the lead characters deciding they should go back and set something up later on, and then it turns out to already be set up. So could the two of them forget to go back afterwards and totally screw these things up? We never really find out.

Mind you, all of these examples so far are from comedic works that play up the paradoxes for laughs. Has the closed loop been used in any more serious time travel stories?

Related to the closed loop but not exactly the same is the possibility that the universe will adjust for certain things. For instance, if you go back in time to prevent someone from dying in a specific way, they’ll just die in some other way. You can kill Hitler, but World War II will still happen in pretty much the same way with another dictator. Obviously there’s a heavy dose of fatalism at work here, because it presents certain things as having to happen in some way or other. The closed loop is fatalistic as well, but not to the same extent. Bender’s Big Score deals with this concept too, with the paradox-correcting time code killing off any time-paradox duplicates, although it sometimes takes a while. There’s also an explanation of how Fry’s dog Seymour became fossilized, but it’s one that relies on Bender’s having gone back in time to kill Fry, so he was presumably fossilized some other way in the original timeline. Or was he?

By the way, if anyone reading this is a time traveler, would you mind answering some of my questions? I mean, if there IS such a thing as time travel, there would pretty much have to be some time travelers alive now, right? Or was the early twenty-first century just too boring for anyone to want to visit?