Where’s the Shadow Government When You Need It?

Picture by Jonathan Burton
There has been a lot written, both humorously and otherwise, about the nature of government and politics. Douglas Adams includes a fair bit about it in The Hitchhiker’s Guide to the Galaxy, including the bit in So Long and Thanks for All the Fish about a democratic society where the people are ruled by lizards whom they hate, but they vote for them anyway because otherwise “the wrong lizard might get in.” Perhaps even more relevant is his take on who should govern. In The Restaurant at the End of the Universe, he writes, “To summarize: it is a well-known fact that those people who must want to rule people are, ipso facto, the least suited to do it.” This leads in the bit where we meet the secret ruler of the universe, an old man who lives in a cat in a dilapidated shack on the seashore of a lonely planet to which only six others have access. He doubts the existence of everything, including the universe itself, so is essentially unbiased when government representatives ask him questions about policy. There’s a definite sense of the absurd here, and Absurdism as a philosophy is concerned with the ultimate futility of humanity’s search for meaning in the universe, which is a recurring theme in the Hitchhiker’s series. The Ultimate Answer is forty-two, God’s Final Message to His Creation is simply that he apologizes for the inconvenience, and the ultimate ruler is a kindly but crazy guy in a shack. It’s cynical, but in an amusing and humanistic way. As the philosopher Didactylos puts it in a similar series, “Things just happen, what the hell.”

The encounter with the ruler also happens in the Secondary Phase of the radio show, and in both cases Zaphod Beeblebrox and Zarniwoop visit him, the former due to his subconscious mission and manipulation by the latter. In the book, Trillian is also there, while the radio version has them accompanied by Arthur Dent and Ford Prefect but not Trillian. So who’s this Zarniwoop guy? His name makes him sound like some sort of insect, and his receptionist actually IS a giant insect, but he himself seems to be humanoid. Adams, who tends not to give much physical description of his characters except when he can make a joke of it (it DID start on the radio, after all) describes his as smartly dressed with short hair. He’s a smug, shady businessman type who works as an executive at the Hitchhiker’s Guide offices. In the books, he totally disappears after being abandoned on the ruler of the universe’s world. In the radio series, it’s a bit more complicated. For years, the visit to the ruler was the last episode to be produced. Eventually, Adams expressed interest in making a new radio series, which actually happened after his untimely death. Since the Secondary Phase deviated from the books quite a bit and the new radio series was meant to more closely parallel the books, much of it was dismissed as a dream of Zaphod’s. Well, at least everyone else says it’s a dream. Wanting to find out what really happened, Zaphod seeks out Zarniwoop again, and finds out that he’s actually the same as Vann Harl from Mostly Harmless, Zarniwoop being his first name. Vann Harl is the new editor-in-chief from InfiniDim Enterprises, who have bought out the Guide, and he’s a Vogon in disguise.

Well, his employees are Vogons, anyway; I don’t recall if the book specifies whether Vann Harl himself is one, just that he’s “smooth-faced.” In the radio version, however, Zaphod reveals that he’s a Vogon who’s had plastic surgery. While it wasn’t Adams’ idea, combining the two isn’t all that far-fetched, as they’re both sleazy businessmen who work at the Guide offices and make really convoluted plans. In Restaurant, Zarniwoop keeps Zaphod alive by creating an alternate universe in which he can survive the Total Perspective Vortex. The Vogons’ buyout of the Guide is part of a plot to make sure all possible Earths are destroyed by making a new Guide that can exist in all realities at once. Since Zaphod claims that the ruler’s shack is part of Zarniwoop’s virtual universe, it’s possible that the old man doesn’t exist at all in the radio continuity except in Zaphod’s heads. Incidentally, Eoin Colfer’s more-or-less-official continuation to the books, And Another Thing…, uses the name Zarniwoop Vann Harl for the editor, and Ford thinks of him as “a gutless stooge who took bribes from Vogons.”

Getting back to the ruler of the universe, there are a few other interesting bits in some of the books that might somehow relate to him. One is in the story of Veet Voojagig, the student who theorized that lost Biros (ballpoint pens in the American version) found their way to a planet where they were the dominant life form. (Legendary magus Hugo Rune is known to have a similar theory, his also involving the idea that pens have some level of sentience and hate their lot in life.)

Picture source
Voojagig later claimed to have discovered this Biro planet, but the coordinates he gave turned out to belong to “a small asteroid inhabited by a solitary old man who claimed repeatedly that nothing was true, though he was later discovered to be lying.” Sounds a lot like the same guy, although there’s no mention of the improbability field surrounding his world, which is why Zaphod and Zarniwoop needed to use the Infinite Improbability Drive to get there. I have to wonder how much Adams planned out ahead of time (not that much, from what I’ve heard of his methods), and if he just reused the old man idea for the ruler because he thought it fit. Of course, the universe could be full of planetoids inhabited by solipsist old men. It’s essentially a space version of the gurus on mountaintops. It’s also noteworthy that, in And Another Thing…, Arthur’s fantasy induced by the Guide Mark II has him living for years in a seaside hut. We see him as an old man, remembering that he once had a cat and speculating that the universe could be an illusion. At the end of the story, he ends up in a very similar place, only to find that the Vogons were about to destroy it because no one had filed planning permission for the hut. Is Colfer suggesting that, in at least one possible reality, the ruler could be an older version of Arthur? I can certainly imagine that, after all his unwanted adventures, he could have become a seemingly insane recluse. As for the Vogons, well, if Zarniwoop and Vann Harl ARE the same, destroying the ruler’s world could be his revenge for how frustrated the old man made him. Of course, Arthur isn’t an old man at the end of the book, but who knows what temporal anomalies might have been involved? 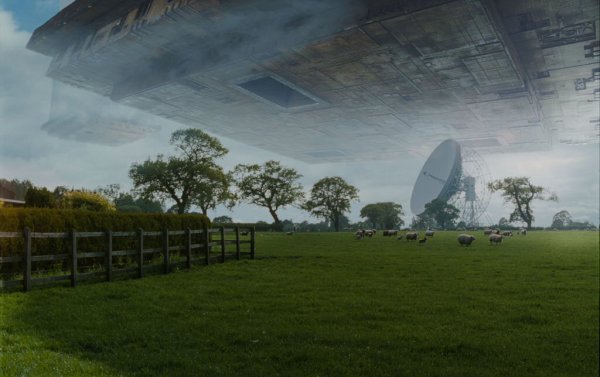 5 Responses to Where’s the Shadow Government When You Need It?