As someone who doesn’t believe in any gods, it’s rather curious to me that the major religions in the world today are all monotheistic, while back in the day they were all polytheistic.

Akhenaten certainly didn’t have much luck introducing monotheism in Egypt in the fourteenth century BC. Aside from the Jews, everybody back then had a whole bunch of gods. I remember hearing in college that Rome wanted to have as many gods as possible, because it would strengthen the state. I kind of like this idea, because it provides the people a lot of choices. When you think about it, it’s rather strange that American capitalism is so closely linked to Christianity, not just because Jesus wasn’t so big on capitalism, but because of the principle of the free market. Theoretically, the market works because competition keeps the prices low and the businesses always on their toes. Not that this always works out too well in practice, but why doesn’t the same principle apply to religion? If there are a lot of gods to choose from, wouldn’t they have to start offering deals to potential worshippers? And if one god wasn’t working out for you, you have other options. As it is now, what motivation is there for God to answer prayers when he’s basically the only game in town?

Obviously, the reason why the religious faithful wouldn’t be so keen on this idea is that they believe what they think is true, not what’s convenient. But really, how is the fact that most people just adopt the religion of their families and neighbors NOT convenient? Polytheism just isn’t in fashion anymore for some reason. Sure, some people still consider themselves pagans or heathens, but even they often seem a bit dismissive about it. One argument I frequently come across is that there’s really only one god, but all the old-world gods are aspects of that one. If that’s the case, then is there any reason to choose a particular aspect other than just for fun? Even if this god puts on a million different faces, he or she is presumably of the same mind no matter what form he or she is in, right? 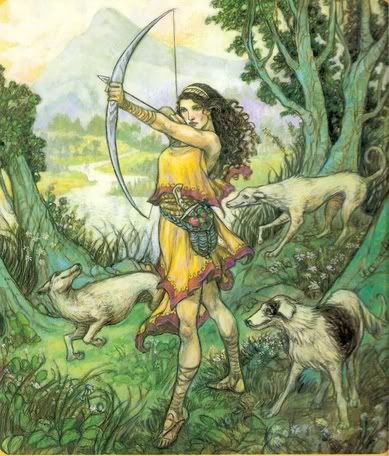 “Wait, am I Artemis, Diana, Selene, Phoebe, Luna, Hecate, Cynthia, or Potnia Theron?”
Or does God have multiple personality disorder and not realize that all these other guys are also him? Not that aspects of gods didn’t exist even in old polytheistic religions. Zeus, for instance, had a crapload of epithets; and most of the Roman gods were somewhat altered versions of the Greek ones. Still, within Greek mythology, you got the impression that the gods didn’t always see eye to eye, which could be good or bad. The arguing gods could always take their frustrations out on mortals, and that’s not so good for us. On the other hand, if you’ve pissed off Poseidon, Athena might take your side just to annoy the sea god. 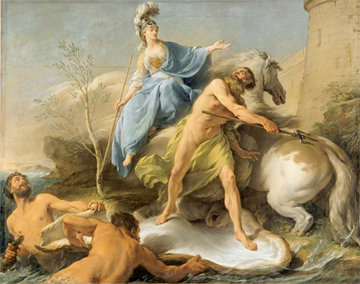 That said, maybe polytheism has largely died out because people found it too complicated, and couldn’t remember which god to pray to at any given time.

8 Responses to The Divine Competition