Deck the Halls with Advertising 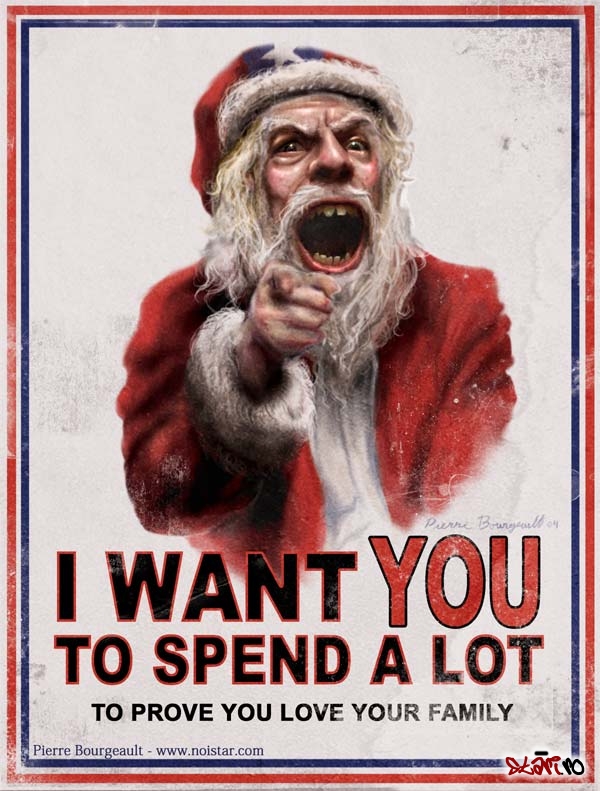 People have long complained about Christmas being too commercial. Stan Freberg, who did a fair amount of advertising work himself, lampooned the idea in 1958 with his “Green Chri$tma$.”

It was also a major theme of A Charlie Brown Christmas back in 1965, yet the earliest airings showed Linus crashing into a Coca-Cola sign.

Then again, maybe the injury of a comic character isn’t the best association for your product anyway. I’ve always had kind of a love/hate relationship with advertising in general, and the holiday season brings out some of the best and the worst. In the bad category, I thought I remembered hearing that the commercials that had cars with giant red bows on them annoyed so many people that they were going to stop using them, but I’ve seen some of them this year.

Why would you buy a Christmas present that you have to make payments on every month for a few more years? Unless you’re so rich that you can buy a car as casually as other people buy candy bars, but I doubt such people are a significant portion of the television-viewing public. On the other hand, I can’t help feeling a certain amount of nostalgia for some of the commercials I grew up with, many of which aired year after year and hence just felt like part of the season. Like, remember when Santa Claus forced Fred to share his Fruity Pebbles with Barney?

Come on, Fred, it’s just cereal, not caviar! Although I suppose I would be pretty annoyed if my neighbor showed up in a costume asking for a handout every time I sat down to eat breakfast. I’m not sure how the citizens of Bedrock could celebrate Christmas ages before the birth of Jesus, but the Flintstones are the MODERN stone-age family. You can just say it’s really a solstice celebration, I suppose. And speaking of cereal:

If they’d wanted to stay closer to the source material while still selling cereal, they could have had Boo Berry visit Scrooge. 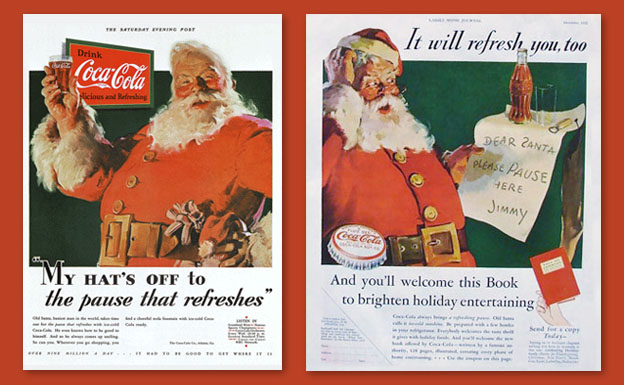 Coca-Cola has been associated with the winter holidays since the artwork of Santa drinking it started in the 1920s. There have been a lot of holiday Coke commercials, but I particularly remember the “Santa packs are coming” campaign from the nineties. I think they eventually stopped making the Santa packs, but kept the commercials with the phrase “holidays are coming” instead. It still fits the meter, but it’s not as much fun to say.

Speaking of catchy songs, the Hess truck’s back, and it’s better than ever! Yeah, I know it’s really just “My Boyfriend’s Back,” but I actually prefer when it’s about toy trucks. The holiday trucks began in 1964, but the jingle dates to the early eighties.

And we can’t forget about McDonald’s, which brought us such classics as Ronald convincing a little girl not to run away from home to live in McDonaldland. I don’t think the kid would have lasted long in a place that’s essentially a bad acid trip, but hey, whatever works.

I like that she sees nothing weird about the McDonald’s mascot hanging out in her neighborhood and building a snowman.

He also regularly takes time to ice skate with the local kids.

I have to say I’m a little bothered by the YouTube comments suggesting there’s something creepy about Ronald hanging out with children. He might encourage bad dietary habits, but he’s not a molester. I did, however, like the comment on one of them mentioning that it wasn’t even about the food. Sure, McDonald’s is hoping that seeing the clown is going to make kids want some cheeseburgers, but they’re not in-your-face about it in these particular ads. When it comes to holiday advertising, I don’t think the hard sell is the way to go. 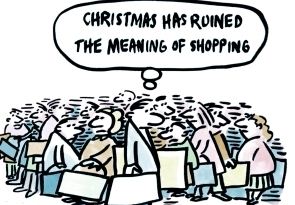