It’s Kind of a Dragon

I’ve written about the dragons of Oz before, but I’ve been thinking of a few other things concerning them, particularly with regards to the dragons that appear underground in The Tin Woodman of Oz. L. Frank Baum says that they “had been driven from the surface of the earth and were only allowed to come out once in a hundred years to search for food.” I always imagined this as a feeding frenzy when the dragons all came out and everyone boarded up their houses and such. I’m not entirely sure about this, though. One dragon says, “I haven’t feasted for eighty-seven years, and I dare not get hungry for a dozen or so years to come.” Another, after her son complains that she has been asleep for sixty years, insists, “I should have slept for forty years longer.” Both figures add up to one hundred years (well, okay, actually ninety-nine in the first, but he does say “or so”), but they suggest that the dragons emerge at different times. After all, if it’s only about thirteen years until the next feeding time, why would the mother dragon want to sleep through it? This would mean there aren’t as many dragons on the surface at any one time, but also that a dragon could be loose whenever. Also, who enforced this hundred-year rule in the first place? Baum never specifies whether it’s a specifically Ozian law or a universal arrangement. The Dragonettes in Dorothy and the Wizard certainly suggest that their mother hunts on the surface more often than once a century, that surface being in Boboland if the maps are correct.

In Tititi-Hoochoo’s country on the opposite side of the world from Oz, dragons are respected and revered. Most of the other dragons encountered in the Oz series are renegades, but there are some notable exceptions. In Giant Horse, the Good Witch of the North has a dragon companion named Agnes, who turns out to be a person enchanted by Mombi.

Wishing Horse has a blue dragon who eats sulfur and mustard drawing King Cheeriobed’s chariot to the Emerald City. In Enchanted Island, Queen Else of Somewhere has a dragon gatekeeper named Dismocolese, Dismo for short, whom she identifies as the last dragon in existence.

This is highly doubtful, but the fact that Else apparently believes it means dragons aren’t common in her area of Oz. Dismo is a recovering man-eater, attempting to live on raw beef and greens but sometimes falling back into old habits. And in Neill’s books, Evangeline the two-headed Dragonette is a polite and popular resident of the Emerald City, and other dragons show up from time to time. 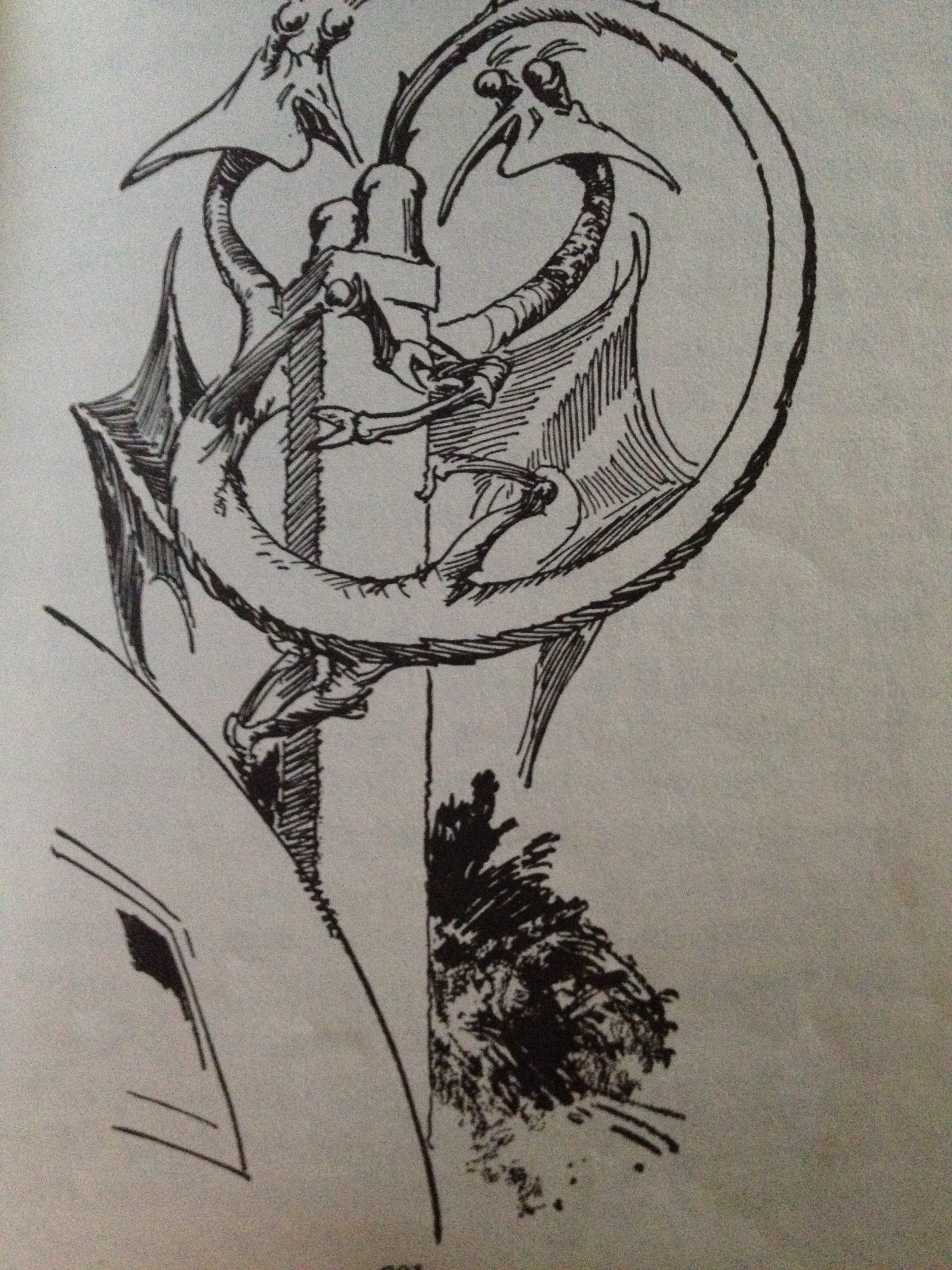 I’m somewhat inclined to think Ozma relaxed the ban on dragons coming above ground, although maybe it only applied to certain groups of dragons in the first place. In Roger Baum’s Dorothy, Gayelette promises to give a new home to some dragons that are almost certainly intended to be the same as the ones in Tin Woodman, even though Dorothy takes place before Tin Woodman. It’s likely that Roger just forgot this, but Joe Bongiorno pointed out that Gayelette is portrayed as bad-tempered in Wizard, and might well have banished them back underground again.

When Sir Hokus of Pokes is introduced in Royal Book, he thinks it’s his duty to hunt down and kill dragons, even if they don’t mean him any harm. He kills an old, rheumatic dragon belonging to the Grand Gheewizard of the Silver Island, and while the Gheewizard himself is attempting to make the Scarecrow mortal, there’s no indication that the dragon means any harm.

He appears to have softened somewhat by the time of the Neill books, as he’s friends with Evangeline. His original attitude toward dragons likely reflects that of his society before being banished to Pokes, so it’s not unlikely that they were considered pests back then. Perhaps this was before the dragons were driven underground, which might have been sold as a compromise because it would have prevented people from hunting them as well as their eating people and animals. Dragons are generally quite intelligent, however, and maybe they were eventually able to integrate into Ozian society.

4 Responses to It’s Kind of a Dragon