But We Think That We’re Above the Pigs, Sheep, Cows

Looks like Pope Francis, while pretty liberal in some areas, thinks it’s terrible when people don’t have children. I have to say the insistence of some religions on being fruitful and multiplying strikes me as a bit out of date. I mean, doesn’t the Bible say that was a command from God to Adam and Eve way back at the dawn of humanity? Does it really still apply now? The population of this planet has jumped by about two billion within my lifetime. I don’t think there’s much chance of the human race dying out if a few couples choose not to have children. The Pope DOES remember that he’s celibate, right? Or is he telling Catholic couples they have to pick up the slack because he’s not having kids? I would imagine the reason many religious leaders emphasize reproduction is that they hope the kids will grow up in the same faith, which is often the case, but also somewhat of a wild card. I’ve heard the thing about childless couples going on lots of vacations and having houses in the country before, and it always bugs me as someone who doesn’t have kids but also doesn’t have the disposable income to take a lot of trips and buy property. Even if I did, I doubt it’s what I’d spend it on; there are some places I want to see, but in general I’m a homebody. And Francis is a guy who’s always saying the Church needs to focus more on the poor. Maybe he just figures everyone who attends a sermon at his guest house is rich. And really, having children is the only way you won’t be lonely in your old age? A commenter on the original Guardian article astutely points out, “What of the fellowship to be found in the community of the church?” Indeed, the Pope talks about how Jesus made the Church fertile, but that obviously wasn’t through procreation, unless Dan Brown was right after all.

The bit about how so having pets instead of kids is interesting not only because a lot of people have both, but also because it seems to show some contempt for animals. Don’t forget that this pope named himself after the saint who’s always shown hanging out with animals.

But then, it’s still the position of the Catholic Church that only humans have immortal souls.

When I searched for the topic on Google, I came across several sites assuring me that animals do have SOULS in Catholic thinking, but they aren’t IMMORTAL souls, so in fact no dogs go to Heaven. This is linked to the idea that humans can choose to act morally or immorally, which isn’t all that uncommon. 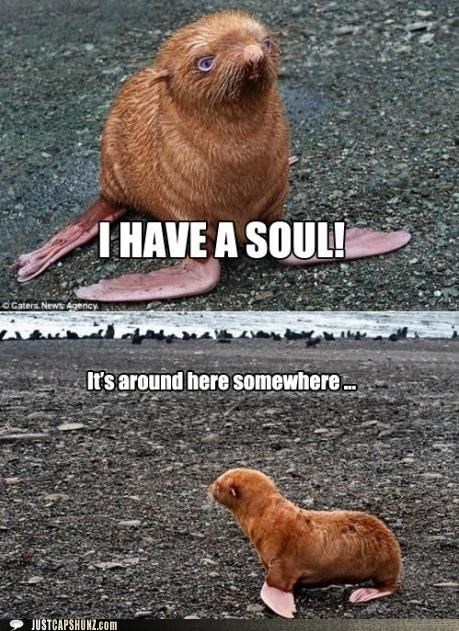 Even in Hinduism, in which animals are said to definitely have immortal souls, they still don’t accrue karma. Mind you, when the main thing that makes humans different from other animals is the ability to reason, it’s strange that the people who most fervently claim that we’re superior to animals are the same ones who hold to rigid dogma, hence choosing NOT to exercise the ability that supposedly makes us superior in the first place! I’m really not comfortable with the whole thing about some life forms being “higher” or “lower.” And I’m saying this as someone who eats meat and will kill bugs when they annoy me; I’m no Jainist. I just think making the value judgment at all shows unnecessary bias. Do you really have to tell yourself that you’re better than a dog, a cat, or a chimpanzee to make it through the day? And if so, why?

I’ve always thought Xenophanes had a point when he said, “But if cattle and horses or lions had hands, or were able to draw with their hands and do the work that men can do, horses would draw the forms of the gods like horses, and cattle like cattle, and they would make their bodies such as they each had themselves.” But then, I’ve also never understood nationalism, which is apparently born out of the same need to consider yourself better than someone else.

14 Responses to But We Think That We’re Above the Pigs, Sheep, Cows