My Problems Are Temporal Things 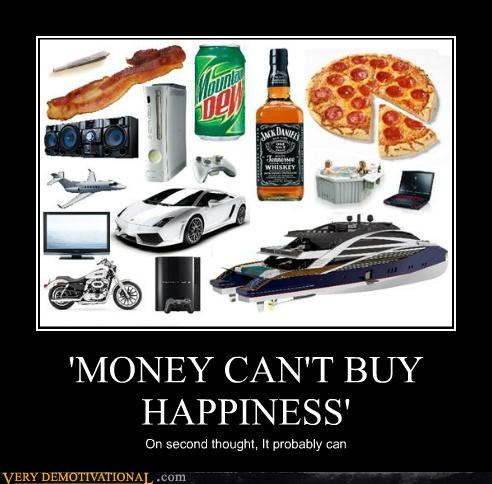 The old proverb that money can’t buy happiness was probably, like so many things in this world, made up by a rich guy who was trying to keep the poor in their place. On the face of it, I guess it’s correct, in that money can’t DIRECTLY buy any kind of feeling. What it CAN buy, however, is security, and that can certainly make people happier. Also, there’s that whole Hierarchy of Needs thing, which says that when people are concerned about basic needs, they can’t worry as much about how they’re feeling. That said, I think it is true that depression doesn’t discriminate, and I’m sure plenty of rich people suffer from it. I have to say that I sometimes have trouble feeling sorry for them, though. I guess I’m saying that, if I had the choice of being depressed and rich or depressed and poor, I’d probably prefer the latter.

At least then I could probably find ways to alleviate my depression, as well as medication to keep it in check. While I guess it’s not directly related, I sort of associate this with all the stories of celebrities doing dumb things. Maybe they don’t do any more dumb things than the average person; it’s just that they’re more publicized. On the other hand, when I hear stories about Justin Bieber or Lindsay Lohan driving drunk, I think, “Don’t they have enough money to just hire a driver?” 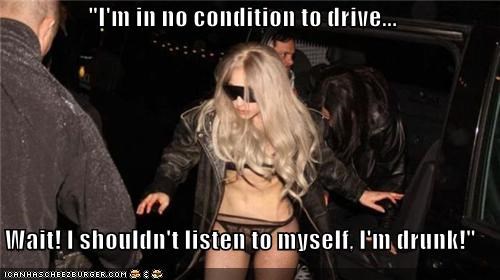 I guess it’s possible they don’t, as some celebrities end up with crappy contracts or (in the case of child stars) parents who take all their money; but it seems unlikely. Mind you, drunk driving is something I’m pretty intolerant of with anybody of any economic class, but it just seems like it would be so much easier to avoid if you didn’t have to worry about the cost of a cab. And with celebrity drug addicts, what reality is it that they’re trying to escape? The one where they have a lot of money and people love them? Yes, I know there are other reasons people do drugs, but the escape one is the easiest for me to understand. A lot of poor people stay in abusive relationships because they feel they don’t have anywhere else to go, but why would this be the case for Rihanna? Maybe I’m not being fair here, though, as it’s not like rich people never have problems. And I’m not talking about problems like, “The Rolls is in the shop, so I have to take the Lexus.” I mean genuine issues that everyone has to deal with, including physical and mental ones.

It often strikes me that comedians who DON’T have deep-seated depression must be a definite minority. And social anxiety must be even worse when strangers want to take your picture or come up and express their love for you as you’re walking down the street. I’ve never been someone who felt that someone else having things worse makes your problem invalid, as some other people seem to (or at least claim to; it’s probably different when it’s THEIR computer that crashes when they’re writing a paper due the next day).

And in my last Weird Al review, I talked about the Angry White Boy trend in music, and how people will basically say, “What problems do you have? You’re a white kid in the suburbs!” The thing is, anger doesn’t always have to come from anywhere rational. The bigger issue is that most of the music of this variety that I’ve heard is terrible. Maybe my main point is that I think everyone has the right to complain and to be upset. They just shouldn’t pretend their concerns are WORSE than those of other people. To give an extreme example, you can bitch about your job all you want, but that doesn’t mean you understand what slavery was like.

4 Responses to My Problems Are Temporal Things