Breaking the Blocks on Nintendo’s Secrets 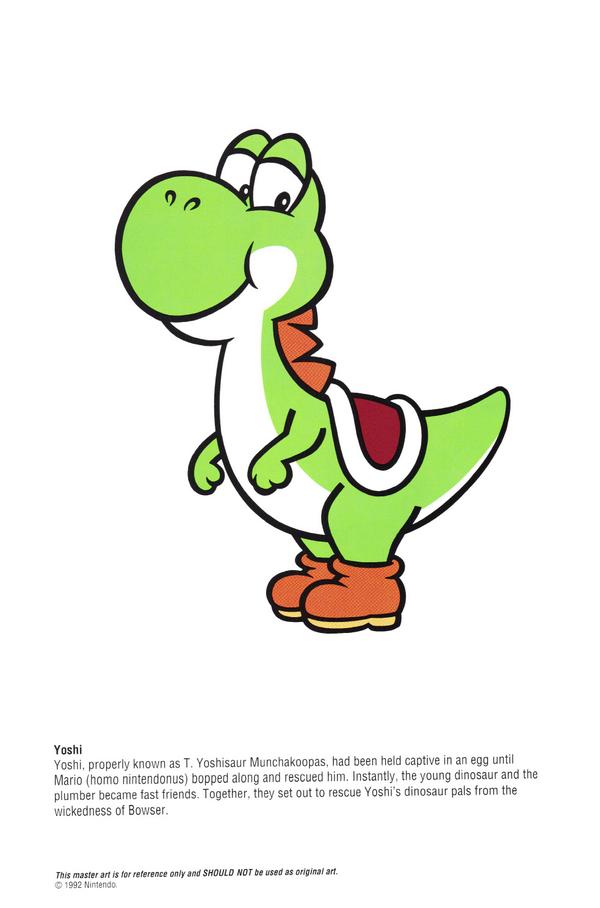 Have you heard the news? Yes, apparently Yoshi‘s full name is T. Yoshisaur Munchakoopas, at least according to a 1993 Nintendo character guide. Admittedly, it’s a little confusing, because that might be his scientific name instead of his personal name. I mean, is he a member of the Munchakoopas family of Yoshi’s Island? I just hope he doesn’t have Munchakoopas’ Syndrome. It reminds me of the goofy scientific names that they’d use in Road Runner cartoons, as well as in the Munchers educational games that I played as a kid.

The entry also says that Mario’s scientific name is homo nintendonus, which I guess means he’s not quite human. Funny, I thought Nintendo Man had gone extinct. Of course, the two species are connected via the missing Link. 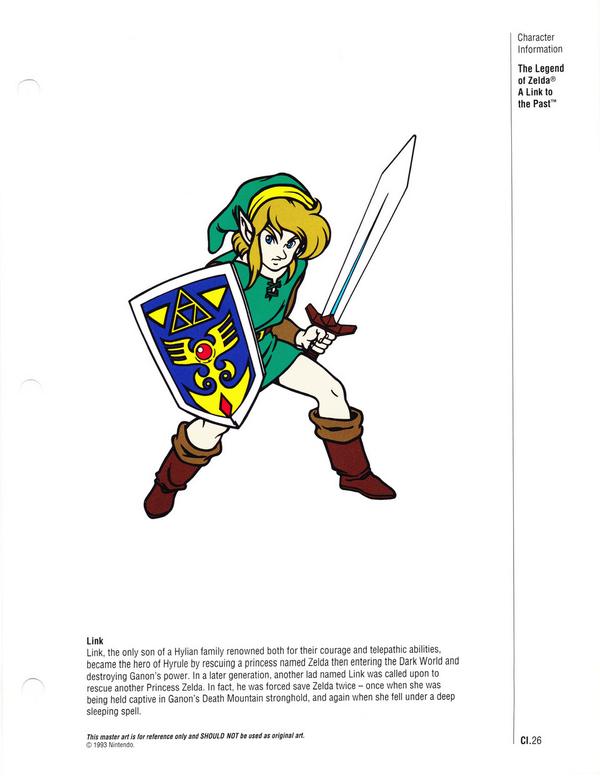 Actually, are Hylians a different species of person? This just gets more and more confusing! For what it’s worth, I do recall coming across “Yoshisaur” even before this got out. I think one of the other dinosaurs in the Super Mario World cartoon referred to the baby Yoshi as one, which is presumably why Luigi started calling him Yoshi. There’s apparently no indication as to what the T stands for, although someone proposed it was supposed to be like “T. Rex.” This page has links to other scans from the book, all from Blake Harris’ Twitter. There’s a mention that Mario was born in Brooklyn, which was apparently contradicted by Yoshi’s Island, although it’s not totally conclusive. Why isn’t Donald Trump demanding to see Mario’s birth certificate? Apparently the Super Mario 64 manual referred to Mario as a Brooklynite, although it didn’t specify that he was born there.

Bowser apparently invaded the Mushroom Kingdom because he hates happy fungi, which I interpret as meaning the food in his refrigerator kept getting moldy. And Princess Peach uses her white magic to keep her dress clean and neat, which is certainly a worthwhile use of her power. Hey, you can laugh, but there are times I wouldn’t mind having magic like that, like when I’m going somewhere in a suit on a hot day. I’ve discussed her healing powers before, but I do sort of wonder why she can’t use these powers to protect herself from being kidnapped. Yeah, I know magic always has its limits, but isn’t it odd that she’s both a powerful magician AND a professional damsel in distress? Why does Mario have to rescue her before she can break his spell on the kingdom? Is she locked in a magic-proof cell? Did he steal her magic wand? Does the magic only work from close up? I’ve seen several jokes on how, if the bricks are transformed Toads, then Mario might well be killing them by smashing the bricks.

Maybe they’re actually the bricks he uses to build his castles. They did use a similar idea in one of the Super Mario Bros. Super Show cartoons, “The Ten Koopmandments,” in which he turned the people of Pyramid Land into bricks and had a sphinx built out of them. Actually, the manual also claims that Mario is SAVING the people by smashing the bricks, and that they either give him power-ups as a reward or they actually ARE the power-ups.

If that’s the case, though, what happens to them after that?

2 Responses to Breaking the Blocks on Nintendo’s Secrets