The Magic Umbrella of Oz, by Paul Dana – The follow-up to The Law of Oz sees Button-Bright and Ojo further developing their magic, and trying to fight off the nasty Piper who had created the Phanfasms. The Piper recruits Mrs. Yoop in green monkey form, and she steals the Magic Umbrella and uses the Ring of Time to travel back to before the enchantment of Oz. In order to thwart their plans, the boys bargain with the Wicked Witch of the East and team up with a visitor from London named Vaughn Smythe. There’s also a visit to the Land of An, which Lurline and Tititi-Hoochoo are now ruling jointly, and we read an excerpt from Lurline’s diary. We learn a few interesting things about the history of Oz, so don’t read any further if you haven’t read the book and want to be surprised. Okay, so after Mrs. Yoop destroys the Magic Umbrella, Ojo recreates it from itself and Button-Bright gives it to Smythe, who is apparently the patriarch of his family. This creates the kind of time loop that Tempus would love. You may recall that, when I wrote about the umbrella before, I speculated that the Red Jinn’s own magic umbrella might be connected to it. I’m not sure how that would work if Button-Bright’s exists in a closed loop, but who knows? There’s also no mention of the Arabian knight who supposedly owned the umbrella before, but it’s possible this could be Smythe himself, who “look[s] forward to a long life of escapades,” which could include a stopover in Arabia. It’s strange that the umbrella sometimes works for Mrs. Yoop and sometimes doesn’t, although I suppose she is a relative of Button-Bright’s and a daughter of Smythe’s. 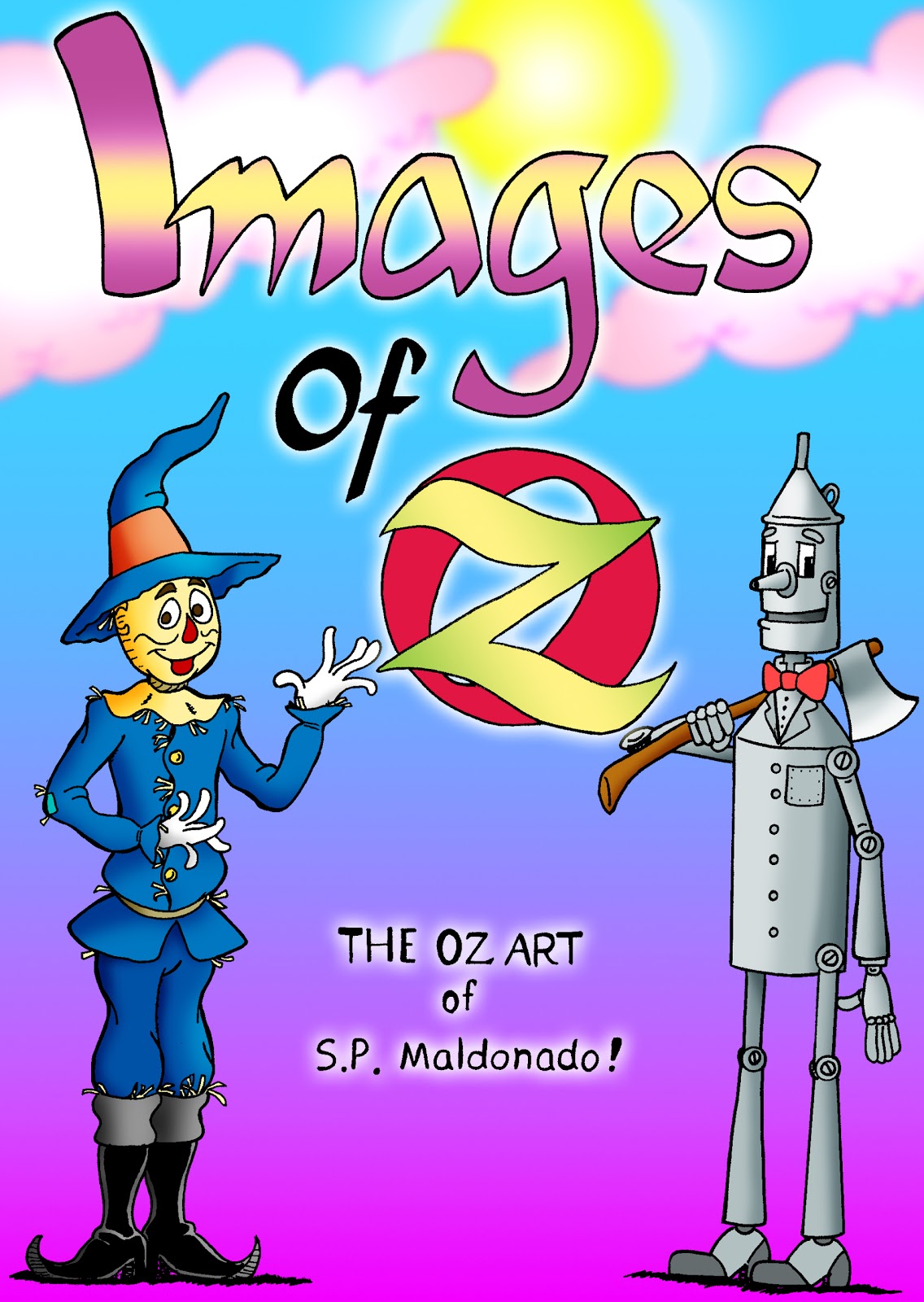 Images of Oz: The Oz Art of S.P. Maldonado! – This artist is the one who illustrated my short story “Jinnicky Saves Christmas,” and he has a blog where he shares Oz images he’s drawn. In the introduction, Jared Davis says that Maldonado’s work “is detailed, like Neill, but cartoonish, like Denslow.” I think there’s a similarity to Dick Martin’s Oz work, although of course there are differences. The pictures in this book include a variety of characters and scenes from various Oz stories, plus two comics. “The Ransom of Button-Bright,” scripted by J.L. Bell, had earlier appeared in Oziana. And “His Majesty, the Nome King,” originally conceived by Jared, is a tribute to Carl Barks’s Scrooge McDuck comics. Most of the characters are familiar enough to be easily identified, but Maldonado has his own take on them. His Wogglebug has a more insectoid head than how he’s usually drawn, and I think his Wag looks kind of like one of those poseable rubber rabbits you can get at the drugstore.

By the way, if I may toot my own magic horn for a minute, I’m acknowledged in Images and quoted on the back cover of Magic Umbrella. I really need to get some of my own stuff published, don’t I?

7 Responses to Goodhearted and Good Fellowing, We Gaily Go Umbrellowing