The MGM movie of The Wizard of Oz popularized the idea of the Wicked Witch of the West having green skin, something she didn’t have in the book. And at this time of year, it’s common to see witches with light green skin. That, along with the broom and the pointed hat, is an indication that you’re seeing a witch. So where did this idea get started? This was a topic of discussion on the now-defunct International Wizard of Oz Club message board back in 2009, and it appears that there weren’t that many green witches prior to 1939, but they did appear in some Halloween decorations as early as the 1920s.

It’s likely the case that the Wicked Witch was made more colorful in the film for the same reason the Silver Shoes were turned into Ruby Slippers, but still, why green?

The color seems to have been associated with disease and the decomposition of dead bodies. Death is said to have ridden on a pale green horse. It’s still considered a rather sickly color. Ruth Berman points out that copper arsenate dye, which was discovered in the eighteenth century and remained popular throughout the nineteenth, had a pale green color and was discovered to be poisonous. A search on the Internet turns up several suggestions that the Halloween witch was based on a bruised and battered witch facing execution, but this seems a bit unlikely. Another possibility is that it has to do with witches working with plants, but that would suggest a deeper green.

Then again, witches probably would grow mint in their herb gardens. Green was also considered a magical color in Celtic folklore, and tended to be associated with fairies.

I don’t know whether any of these was consciously the reason for green-skinned witches, but they might well have contributed to the idea.

It also applies to other monsters, like how Frankenstein’s monster was colored in green on movie posters, although that could just be to highlight his decomposition. 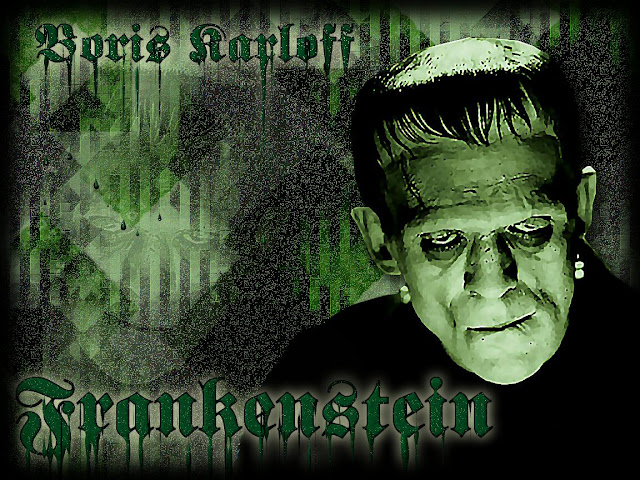 Even Mr. Hyde was green in Bugs Bunny and Scooby-Doo cartoons.

And I’ve also discussed green Martians. I guess the main remaining question is why Halloween witches have long noses, but that’s probably just because it’s generally agreed to look ugly.