While the main role of the dwarves in Norse mythology is that of crafting items, they have other jobs as well. For instance, four dwarves are said to live at the each of the compass points, representing the directions and the winds. I’m not quite sure how this would work when artistic representations of Midgard show it as round and flat, but perhaps there were different conceptions of the world. They apparently sometimes guard doors in mountains, and there are poets among them. One particular dwarf, Alviss, was known for his great knowledge, such that his name means “all-wise.” There’s a poem called the Alvissmol about how Alviss was betrothed to Thrud, the daughter of Thor and Sif.

When Alviss goes to Asgard to claim his bride, Thor insists that he wasn’t aware of such an arrangement. Some of the other gods must have made it without him, perhaps for services rendered. Anyway, Thor says he’ll agree to the marriage if the dwarf can answer all of his questions, all of which are about the different names by which things are known in different worlds.

Alviss answers all the questions correctly, but the whole thing was actually a distraction, because once the sun rises it turns the dwarf to stone. 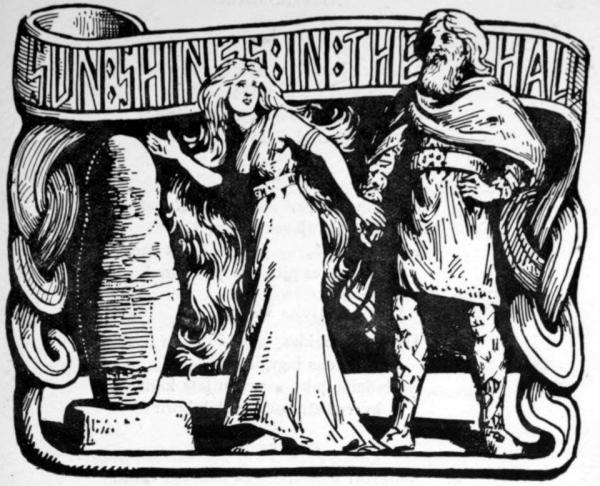 This is a trait of dwarves that doesn’t seem to have carried over into more recent folklore. While dwarves do often live and work underground, it’s trolls that are now more often said to turn to stone in daylight. The account of the trolls in The Hobbit definitely bears some resemblance to the tale of Alviss.

Then again, trolls in folklore aren’t always monstrous, and dwarves sometimes are. The difference between the two might not have been defined that well until more recently. Another interesting thing about the Alvissmol is that it’s a rare case where Thor outsmarts somebody instead of just hitting the dwarf over the head with his hammer, which might have worked just as well.