Take Out the Tash 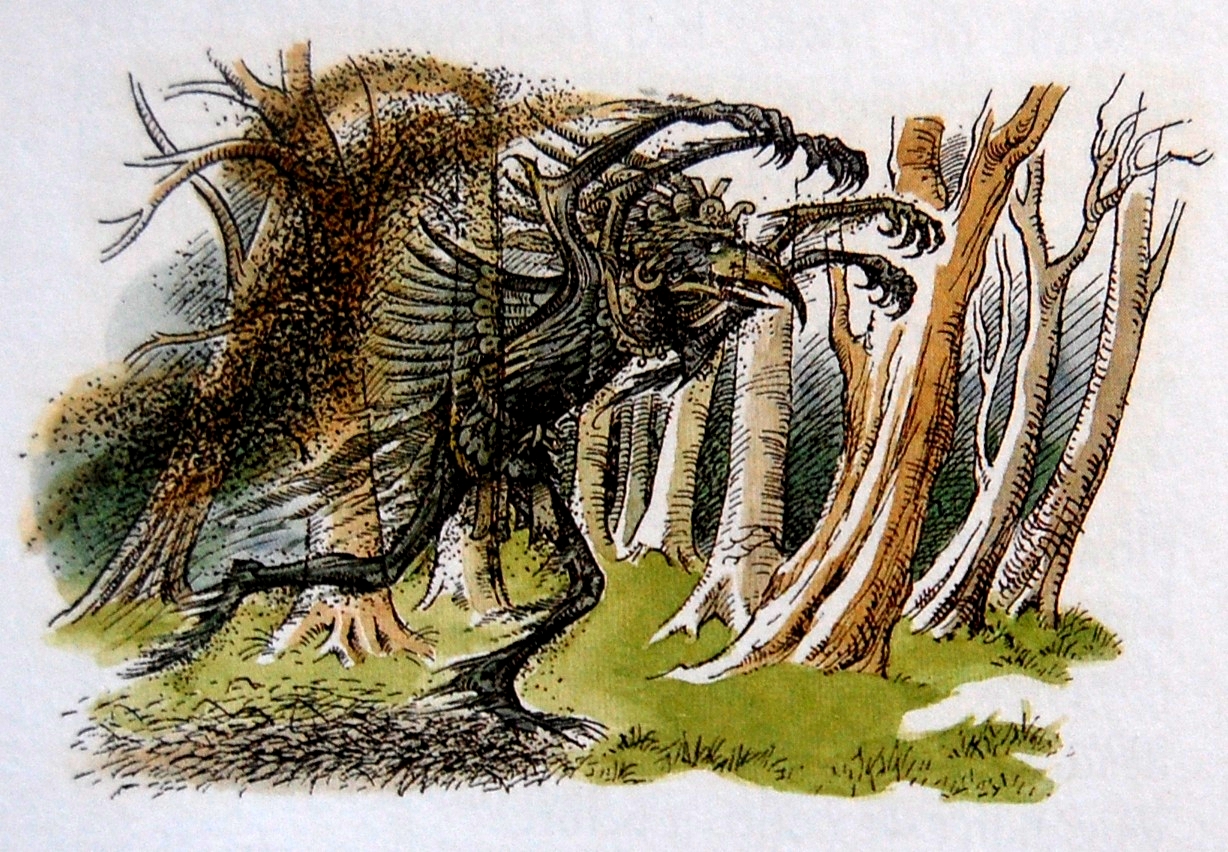 While The Last Battle might well be the weakest book in C.S. Lewis’ Chronicles of Narnia, I was always struck by the appearance of Tash, the bloodthirsty god of Calormen. This nation, located to the south of Narnia, is largely Middle Eastern in its culture, and is portrayed not at all positively. The Calormenes have noticeably darker skin than the Narnians, and they’re a culture that keeps slaves, abuses animals, practices arranged marriage, makes war on other countries, sacrifices humans, and worships multiple gods who aren’t Aslan. While Tash is the main god, there are also mentions of deities named Azaroth and Zardeenah. While in some ways Calormen is presented as more like Biblical Canaan or Babylon than the twentieth-century Middle East, it’s hard not to see a certain amount of bigotry toward Muslim nations. To Lewis’ credit, there are a few sympathetic Calormene characters, but they only become that way by forsaking their own culture. While it makes sense for them to renounce slavery and human sacrifice, Lewis also presents Calormene art and poetry as impressive but not beautiful, which doesn’t strike me as entirely fair. After all, we only have Lewis’ word for this, and his readers aren’t necessarily going to share the author’s artistic tastes. Calormenes speak in the flowery manner associated with the The Arabian Nights.

While Narnia is the main focus of the series and Aslan’s favored nation, it’s clear that Calormen is the major world power. It’s much larger in size and appears to have a greater sphere of influence. The thing is, it’s not entirely clear how Calormen came to exist. We learn in the series that the first Narnian humans were an English couple who arrived there around the time of its creation, and the people of Archenland (perhaps the Scotland to Narnia’s idealized England) are descended from them as well. The generally accepted Narnian timeline has it that Calormen was founded by outlaws from Archenland about 200 years after the world’s creation, but there’s a fan theory that the Calormenes might have been descended from Middle Easterners who wandered through a portal from our world. It does seem odd that Calormen became a predominantly human nation when humans were rare in the countries founded before it, but I guess there could be any number of reasons for that. The world-building comes across as a bit haphazard, although The Horse and His Boy sort of explains why there’s so little contact between Calormen and Narnia throughout most of the series. In the story, Prince Rabadash wants to marry Queen Susan of Narnia and take over her country, but Aslan turns him into a donkey (obvious shades of the story of Nebuchadnezzar going feral in the Book of Daniel), and warns him that he will take the form permanently if he strays more than ten miles from the temple of Tash in his capital city of Tashbaan.

This leads to a rather uneasy peace between the nations, and at the time of The Last Battle over a millennium later, the two countries are specifically said to be at peace and trading freely. That doesn’t stop certain Calormenes from using Shift the Ape’s revolt against the Narnian power structure in an attempt to bring the country under their control, however. 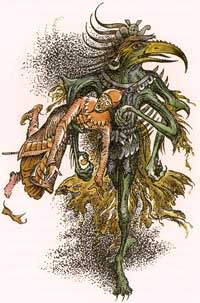 It’s in The Last Battle that Tash appears, and he’s a truly monstrous being. He has the head of a vulture and four arms with fingers ending in talons, and a croaking voice. His presence brings cold and makes grass wilt.

Picture by Fergus John Edward Taylor
Rishda Tarkaan, the leader of the invading Calormenes, summons him into a stable, thinking that the god doesn’t really exist anyway. The deity eats the scheming ape Shift and returns to his own realm with Rishda. I suppose his realm would be the Narnian version of Hell, although we never actually see that in the books. In fact, how Tash can exist isn’t really clear, as earlier references present him as a false god. Indeed, his name might well derive from the Turkish for “stone,” presumably referencing the stone idols that the Bible frowns upon. There’s an archaeological site in Syria called Arslan Tash, literally “stone lion,” which was likely the source for the name of Aslan’s opposite. Since Narnia is full of strange creatures, and we know the White Witch had a lot of evil beings to assist her, perhaps Tash was someone she created or summoned to the Narnian world, who then got himself a sweet gig where he got to eat Calormene sacrifices.

4 Responses to Take Out the Tash