L. Frank Baum originally wanted The Emerald City of Oz to be his last Oz book, and to that end had Glinda cast a spell that made the whole land “invisible to all eyes but our own.” In explaining it to Dorothy, she says, “We shall still be able to see each other and everything in the Land of Oz. It won’t affect us at all; but those who fly through the air over our country will look down and see nothing at all. Those who come to the edge of the desert, or try to cross it, will catch no glimpse of Oz, or know in what direction it lies. No one will try to tunnel to us again because we cannot be seen and therefore cannot be found. In other words, the Land of Oz will entirely disappear from the knowledge of the rest of the world.” Exactly how this is supposed to work isn’t clear. If someone had already flown over the desert and saw nothing, would it be more likely that they’d just turn around, or press forward to see what was going on? It kind of sounds like there’s a certain amount of confusion built into the spell, as well as invisibility. I’ve even seen it suggested that the barrier was supposed to protect against magical transportation as well, as Glinda was comfortable restricting travel since Dorothy and her family had come to live there, even though they were brought in by Magic Belt. Once Baum does return to Oz, however, he has Tik-Tok visit the Nome Kingdom in one of the Little Wizard Stories, presumably by magic. Patchwork Girl has Dorothy say that Ozites would see nothing at all upon reaching the borders of Oz, but no one in that story goes there to confirm this. She would presumably know what she was talking about based on the view from Glinda’s castle at the end of Emerald City, though. In Tik-Tok, Glinda manipulates the passage from Oogaboo to the rest of Oz so that it goes to Ev instead, and it’s specified that this place is “separated from Oz by an invisible barrier.” When Flipper the Ork and the enlarged birds from Mo fly Trot, Cap’n Bill, and Button-Bright into Oz in Scarecrow, they enter “a great cloud of pink-tinted mist,” in which none of them can see. Then, “in a few moments the mist was passed and the girl [Trot] saw a most beautiful landscape spread out below her.” If this is a description of Glinda’s barrier, it confirms what I guessed earlier about how it would really only work if someone gave up upon reaching it. There isn’t much desert crossing in Baum’s later books, but neither the Wizard of Oz and Dorothy in Rinkitink nor Kiki Aru in Magic are hampered by any invisible barrier. Ruth Plumly Thompson never mentions the barrier, and in fact often hints that Ozma wants to pursue a foreign policy pretty much opposite that in Emerald City. In Captain Salt, the captain tells his crew, “I hear the Wizard of Oz is working on a new fleet of airships, that will make crossing the desert and Nonestic a real lark.” In Emerald City, it was partially fear of such easy travel over the desert that led Glinda to raise the barrier in the first place.

While it’s difficult to tell exactly what we should take as accurate in John R. Neill’s Oz books, Jenny Jump does remark upon first coming to Oz from the air that “I can see it with my magic eye, but not with my ordinary one”; and Professor Wogglebug later states that “the Heelers are so slippery that I fear they may slip through the barrier around Oz.” There’s no sign of such a barrier when Bucky and Davy Jones cross the desert in Lucky Bucky, however. It’s Jack Snow in Shaggy Man who actually brings back the barrier as a force to be reckoned with. When Shaggy and his companions head toward Oz in the Nome King’s old tunnel (which was supposedly filled in at the end of Emerald City), they reach a section where they’re unable to see themselves, each other, or the tunnel walls, at least until the King of the Fairy Beavers gives them cloaks of visibility. 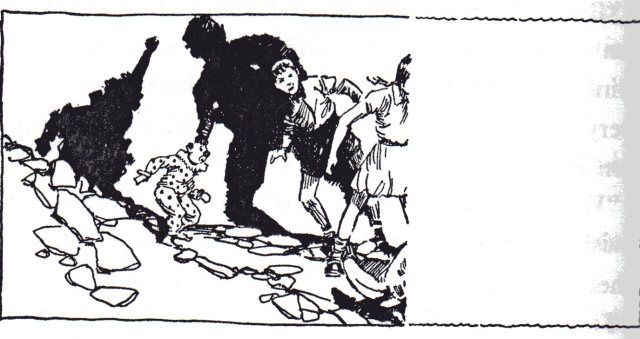 The description is somewhat similar to that of the Invisible Country in Tin Woodman. 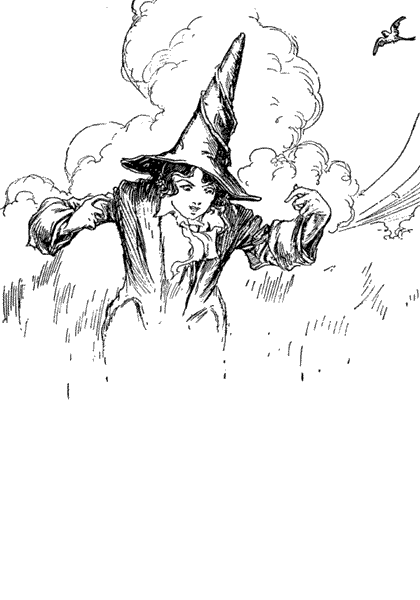 Why they can’t just feel their way along the tunnel wall, I couldn’t say. The Beaver King suspects that the sand and earth weaken the spell, but since the most immediate threat to Oz at the time Glinda set up the barrier was an invasion by way of this same tunnel, it seems strange that she wouldn’t have taken extra precautions to make sure it extended underground. Perhaps the beaver has it wrong and it’s actually ONLY still effective underground at this point, which is why there’s no mention of it when other characters are crossing the desert at ground level or through the air. 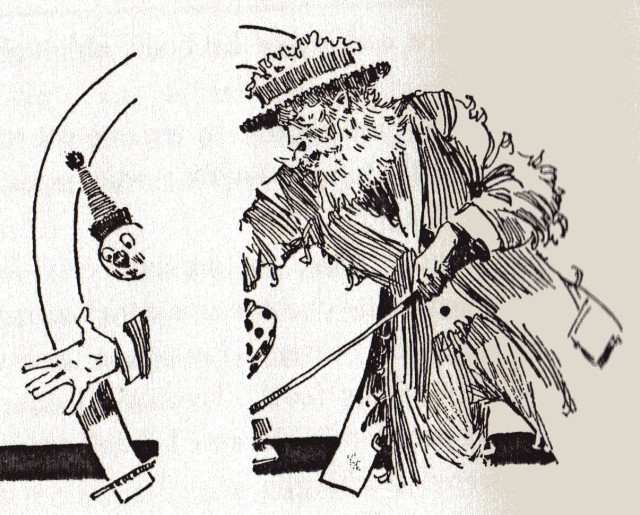 If the barrier is no longer there, or has been weakened over time, there’s the question as to whether this was part of Glinda’s design or wholly unintentional on her part. I believe March Laumer’s Careless Kangaroo has her specify that the spell was only supposed to last eight years or so. At the end of Emerald City, she seems pretty sure about cutting off Oz forever, but that’s not to say she had a spell that would actually WORK forever. For that matter, I don’t see any way she could have tested such a far-reaching enchantment before actually doing it. I’ve seen some suggestions that she made all of fairyland invisible and not just Oz, but that wouldn’t have prevented future Nome invasions, as they live in an adjacent fairyland. The short story “A Side View of the Nonestic Islands” by Timothy Perper and Martha Cornog, which appeared in the 1988 Oziana, is based on the premise that the entire Ozian continent cannot be seen from above, but is visible to radar.