Picture by Kristina Callahan
While the original Legend of Zelda gives the impression that Hyrule is inhabited entirely by monsters and people living in caves who want to con you out of your money, later games introduce more friendly faces, including several groups of lovable monster-people. These include the aquatic Zoras, who actually make their debut as enemies in the first game, emerging from bodies of water and spitting out balls that you need the large shield to deflect.

The manual calls them Zolas and claims that they’re all female, but these are quirks of translation that didn’t affect later games. The first friendly Zora to appear in terms of game release dates is King Zora in A Link to the Past, who sells you flippers that enable you to swim, and throws in access to the waterways. 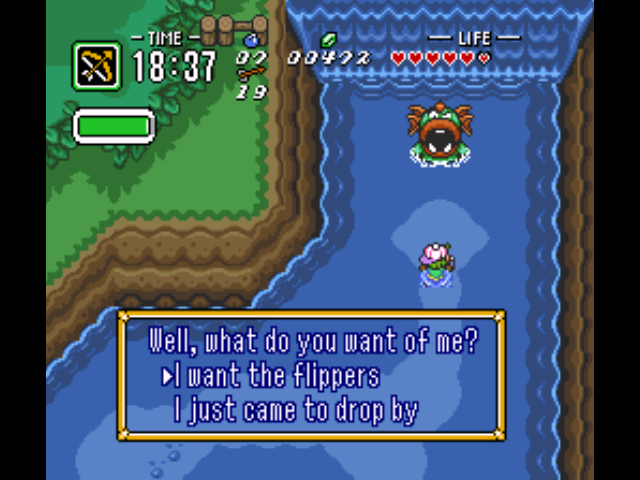 In the comic that ran in Nintendo Power, this Zora lives in the Dark World rather than the Light, and is accompanied by a fairy named Epheremelda.

She travels with Link for a little while, serving much the same purpose as Na’vi in Ocarina of Time before that game came out. Later, Zora shows up to rescue Link from Misery Mire, saying he can transport anywhere there’s water. Ocarina of Time was the first released game with an entire Zora society, living in a domain that’s the source of water for Hyrule. These Zoras are a little more human in appearance, but with ichthian features like fins and scales. It’s unusual for them to wear clothes, aside from the king’s royal robes, although there are some other exceptions.

The females have breasts, but whether this is because they’re part mammal or just because those and eyelashes are video game shorthand for “this is a woman,” I couldn’t say. While generally aquatic, they’re also capable of moving around and breathing on land.

In Ocarina, King Zora has a kind of bratty daughter named Ruto, who makes Link promise to marry her when they’re both kids. When they grow to adulthood, however, she’s too busy with her duties as Sage of Water to go through with the marriage.

I have to wonder whether they’d be able to produce any heirs if they WERE to marry.

One of Princess Ruto’s duties is feeding Lord Jabu-Jabu, a giant fish-creature who serves as the Zoras’ patron deity. 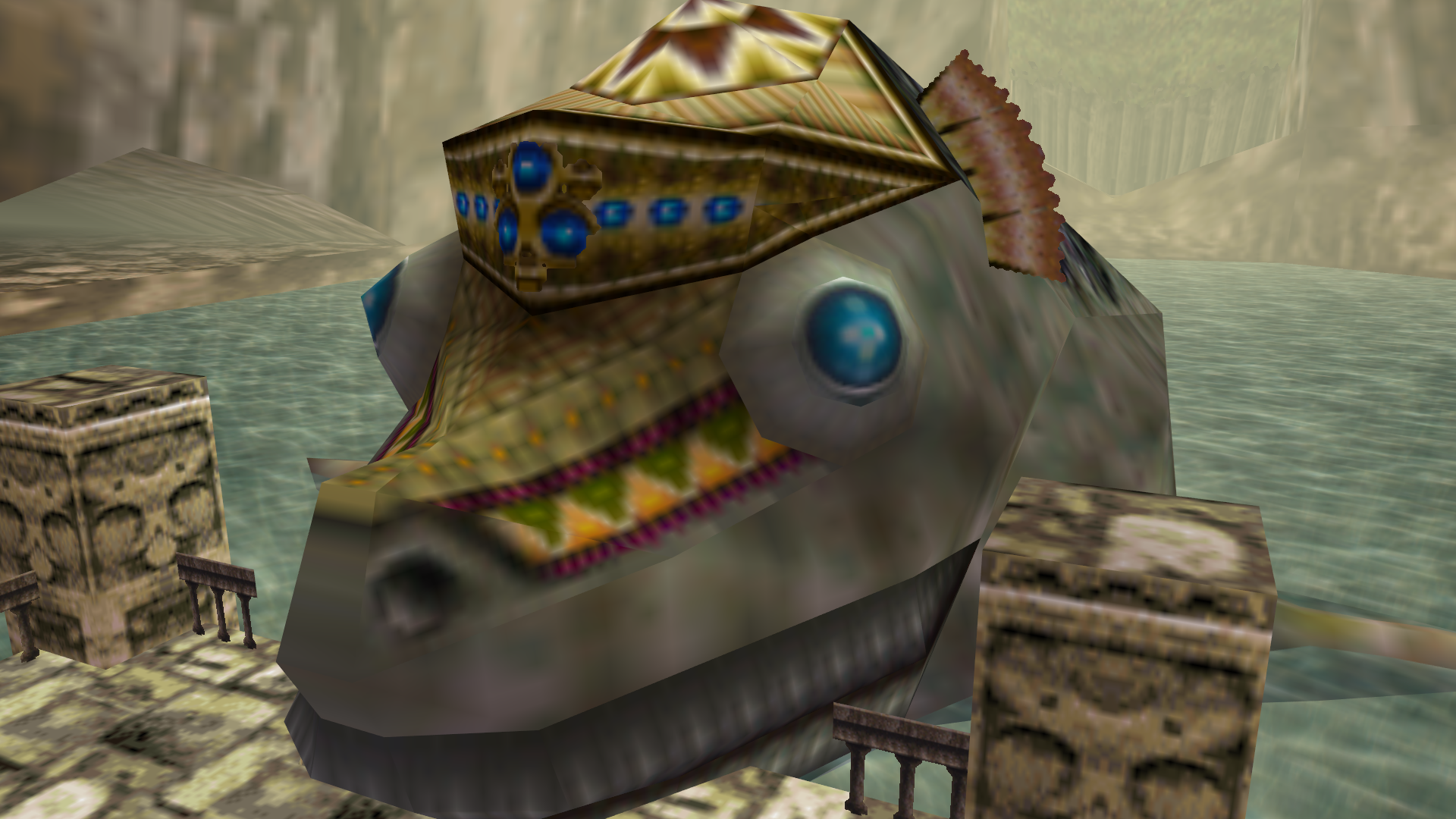 When Ganondorf curses Jabu-Jabu, he swallows the Princess whole, and Link has to go inside his belly to rescue her. There are also monsters and items inside, like in any dungeon. It’s lucky for Link that the giant fish doesn’t chew his food.

Comic by Purple Mage-Chan
In the Master Quest version, there are even cows inside him, making me wonder if Earthworm Jim had visited in the past.

Defeating the parasitic electric anemone Barinade will cure his pain.

Oracle of Ages also has Link go inside Jabu-Jabu, although if you encounter him 500 years in the past, he’s too small to go inside.

While the present part of the game is set after A Link to the Past, I’m not entirely sure when the past part is supposed to take place. If it’s before Ocarina, it could be the same Jabu-Jabu, but I don’t think it’s ever specified whether or not he’s one of a kind. The Prima strategy guide identifies Jabun in The Wind Waker as the same, but this is neither confirmed nor denied by the game.