It’s been established that fairies in mythology and folklore can be either good or bad, and in fact are often amoral. In L. Frank Baum’s fantasy, however, fairies are pretty much always good. When he wrote about the Immortals in The Life and Adventures of Santa Claus, they all seemed to be basically good, even if some were grumpy like the Knooks or mischievous like Jack Frost. There’s actually no indication in this story that the Gnomes aren’t friendly, although the Oz books make at least some of them malicious, especially to mortals. It was established, however, that the Immortals have their own laws that aren’t always strictly obeyed. In Life and Adventures, it’s the Wood-Nymph Necile who breaks the law by adopting a human child, although the Master Woodsman of the World makes a special exception in this case.

In “Nelebel’s Fairyland,” the titular fairy is banished from Burzee to California for at least a century for a reason that isn’t provided, although the author guesses that she might have been “making eyes at the Gnomes – which all fairies are forbidden to do.” 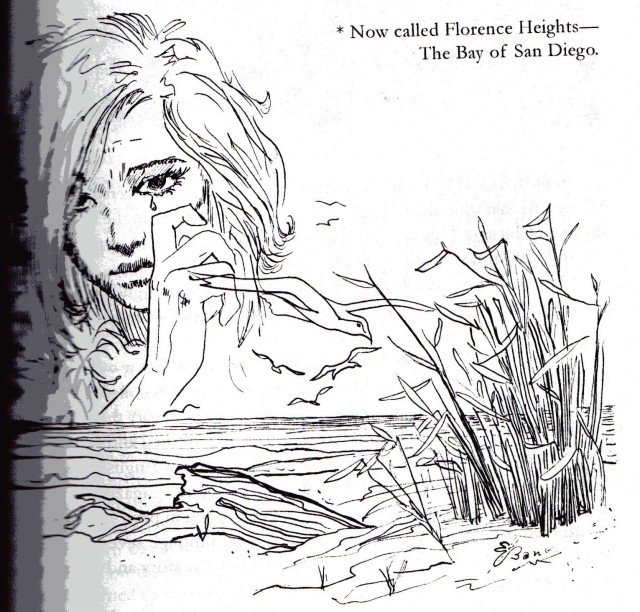 She’s accompanied in exile by a retinue of forty Knooks, forty Ryls, and forty enormous Gigans. Baum’s earlier story “The King Who Changed His Mind” features a fairy named Hallita who is banished from the Groves of Trom until she saves one hundred mortal lives.

Again, we never learn what her actual crime was.

In her Oz books, Ruth Plumly Thompson writes of a fairy who’s flat-out wicked, the infamous Faleero. Introduced in Kabumpo in Oz as an old and hideous fairy princess who lives in Follensby Forest and gathers sticks all day, she later appears as a villain in Purple Prince. As I mentioned in this entry, she’s described as both a fairy and a witch, suggesting she’s a fairy who studied witchcraft. When Randy and Kabumpo find out about her evil plan, they agree that there are bad fairies as well as good. I wrote a tale about her back story, and she appears in at least two stories by other authors. In Mildred L. Palmer’s Red Jinn, she assumes Ozma’s form and takes her place. She’s accompanied by her husband Kettywig, her sister Falingo, and her servant Dubra. After their plot is thwarted, they’re made to drink the Water of Oblivion and sent back to Follensby Forest. And in Fred Otto’s “The Invisible Fairy of Oz,” Faleero sets up shop as an herbalist in the Emerald City, and seeks to conquer Pumperdink by stealing the Flying Cloak of Invisibility. Here, she’s accompanied by identical triplets named Audia, Claudia, and Fraudia, who are explicitly identified as the ladies-in-waiting who appeared in Purple Prince.

They’re also fairies and also old and ugly, and at the end of the tale all four of them are made to drink the Water of Oblivion and transported to Burzee. What happens to them after that, I couldn’t say. If we take all of these stories as accurate, she seems to be beyond reform.

Melody Grandy’s Tippetarius includes an evil half-fairy named Celestia, who rules a barbarian tribe called the Rimmers. When she captures the Scarecrow and Patchwork Girl and sets out to conquer the Emerald City, the straw man notes that Faleero is the only evil fairy he’d previously known about. As punishment for her misdeeds, Celestia’s half-fairyhood is revoked by Lurline.

And in Phil Lewin’s Witch Queen, we learn that Lurline’s older sister Enilrul was also quite wicked, and Lurline was only able to partially mitigate her sister’s curse on Oz. Enilrul commits suicide and her essence is transferred to other witches who bathe in the pool where she dissolved. She’s restored during the events of the story and comes to live in the United States. The sequel, Master Crafters, reveals that Dr. Nikidik was once married to Enilrul. Finally, Eric Shanower’s Forgotten Forest has a Wood-Nymph banished from Burzee and made mortal for breaking the Law of the Forest, although in this case it’s specified to be because she kissed a mortal man, or at least someone she thought was a mortal man.

1 Response to A Few Bad Fairies