I first watched Return to Oz around when it came out on video, and while I quite enjoyed it, I wasn’t familiar with the source material at that point. Now, of course, I’m very familiar with it, and one interesting thing I didn’t note was how many characters from the books show up in it. Most of them are just cameo appearances. I get the impression that the writers wanted to stick with a small cast, and it was basically the same size as the one from the original book and various adaptations of it. The Wizard of Oz had Dorothy, Toto, the Scarecrow, the Tin Woodman, and the Cowardly Lion; while Return has Dorothy, Billina, Jack Pumpkinhead, Tik-Tok and the Gump. According to a recent post Jared Davis made, the Tin Woodman and Cowardly Lion were originally supposed to have larger roles. There was also going to be an appearance by the Army of Oz, who would be comic relief characters much as they are in the book Ozma of Oz, but they were cut. Ozma actually had a quite large cast, consisting of all the principal characters from Wizard (except Toto), a few from The Marvelous Land of Oz, and several new ones. L. Frank Baum would do something much like this in later books, working in appearances by pretty much every familiar character plus a few new ones, but most of the time he kept his casts a little more manageable. Where quite a few characters from the books DO appear, however, is in Ozma’s coronation scene near the end. Fans have scoured this scene pretty thoroughly for familiar faces, and the topic has been discussed on numerous Oz forums. Some characters ended up being barely visible or not seen at all in the finished film, but show up much more clearly in promotional material. Here’s an overview of the scene, and there are also conversations on the subject here and here. One thing I did wonder about was, if Return had been a success and Disney had gone on to make more Oz movies, would they have counted these appearances as canonical? I’m guessing not, since some of them didn’t even exist at the time Ozma took the throne in the books. If the Patchwork Girl is already around, for instance, an adaptation of her book couldn’t include her being made, which is a key part of her story.

Then again, they put Jack Pumpkinhead in Return and only touched on his creation.

In this shot, the Bumpy Man can be seen to the left of the Tin Woodman, and next to him is a barely visible Braided Man.

The Bumpy Man shows up again here, only this time King Rinkitink is to his left, and beyond him Scraps, the Guardian of the Gates (I think), and the Shaggy Man. Oddly, Shaggy’s stack of packages looks like the one the Braided Man is depicted holding in Road. 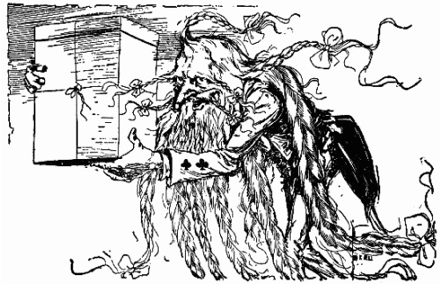 Maybe he gave them to Shaggy to hold while he fixed one of his braids.

The guy in the back right with the long mustache looks kind of like the Wogglebug as he appeared in the failed 1905 stage show, and I think a lot of the people in the front are MGM-style Munchkins. More than one person has been identified as Button-Bright (maybe he got so lost he ended up in two places at once). The guy in the sailor suit holding what appears to be the Magic Flower from Magic is probably Cap’n Bill, although he seems pretty active for a guy with a wooden leg. 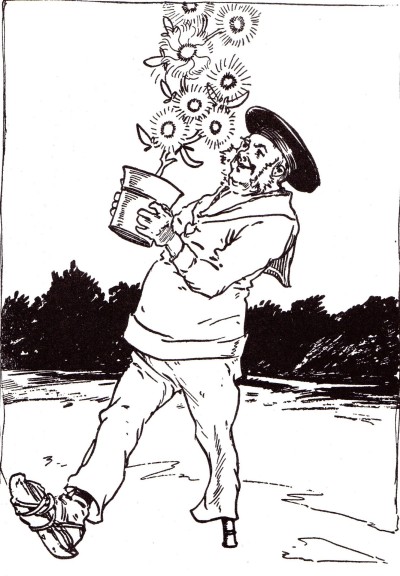 A clown has been identified as Notta Bit More from Ruth Plumly Thompson’s Cowardly Lion, but since I don’t think Disney had the rights to the Thompson books, it might be intended as Mr. Joker from the China Country instead.

Or for all we know he could be one of the clowns from Merryland. 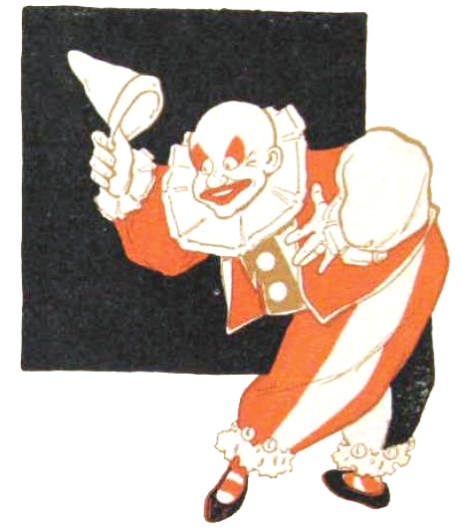 I seem to recall someone mentioning they saw Mustafa of Mudge from Cowardly Lion somewhere in the crowd, but I doubt that’s the case. And while Glinda doesn’t play a major role in the film despite being Ozma’s main supporter in the books, she’s been spotted in the scene, standing behind the Musicker.

Keeping a low profile, are you, Glinda? I’m kind of surprised more animal characters didn’t show up, as I don’t think it would be that hard to have stuck in a mostly stationary Hungry Tiger or Woozy. Oh, well.