Getting to Know the Gods

Abraham’s Curse: The Roots of Violence in Judaism, Christianity, and Islam, by Bruce Chilton – Chilton, the Professor of Religion at Bard College, looks at Abraham’s intended sacrifice of his son and how it influenced the Abrahamic religions. While the Bible story says that God told Abraham not to go through with the sacrifice, Chilton proposes that Jews, Christians, and Muslims throughout history took the idea to heart that sacrifice of yourself or your children is the ultimate sign of faith. Martyrdom was a significant part of early Christianity, to the point that some people were eager to die for their beliefs. Chilton even relates this to holy war, and while I can see how going off to battle yourself or sending your son would relate to the idea of sacrifice, I’m not sure how that covers killing your enemies. The author makes it clear that he doesn’t see such sacrifice as a necessary part of any of the three religions, and indeed finds a lot of support for the idea that it shouldn’t be done. While the premise seems to have been stretched a bit in spots, it’s a good exploration of the concept of sacrifice in these religions and its potential negative impact. 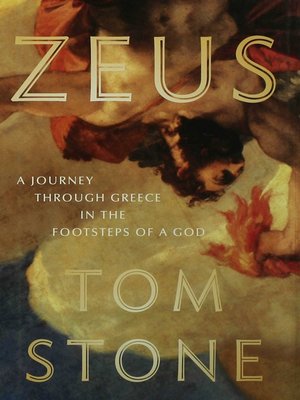 Zeus: A Journey Through Greece in the Footsteps of a God, by Tom Stone – In a book that casually mixes history, religion, mythology, and travelogue, Stone writes about a tour of the ancient holy sites of Greece and ties them into a narrative about the rise and fall of Zeus. The god’s origins are traced from his beginnings as a force of nature to his birth as a physical being (and, in some versions of the myth, his physical death as well), and how he later came to be seen as much less personal before his worship drastically declined in popularity. As the main god in the Greek world, Zeus gradually displaced other local deities, many of them Earth Mother types. Stone includes many of the classic myths, tying them to history and geography. Actually, the travelogue aspect is relatively minor, but it adds a certain personal element to the story. While Stone consulted many sources for this work, there is a fair amount of supposition and guesswork to much of it. I think it works to make ancient Greek religion seem much more vivid and understandable, but it’s definitely a popular book rather than an academic one.

1 Response to Getting to Know the Gods