I am now the proud owner of the 2014 Oziana, the fiction magazine of the International Wizard of Oz Club. This issue contains six stories about Oz, starting with David Tai and Jared Davis‘ “Lost and Never Found,” in which Trot and Betsy Bobbin visit the Valley of Lost Things in Merryland and encounter a Parrot-Ox. This animal, a creation of Edward Einhorn, is one of the more popular characters to appear in recent Oz stories, and it’s cool that Einhorn granted permission for him to show up here. Kim McFarland’s “Labor of Love” is a tale that has the Scarecrow and Patchwork Girl getting married, sort of like Gilbert Sprague’s The Patchwork Bride of Oz, but with more of an explanation as to how beings like them might see such things. They even have their old child, with Scraps figuring out how this could be accomplished. I had already read J.L. Bell’s “The New Fellow,” which describes Hank the Mule’s reaction to Kabumpo‘s initial appearance in the Emerald City, but it was nice to see it again. The elephant is very much in character. Aaron Solomon Adelman, whose take on Oz includes a lot of aspects from material that generally isn’t considered canonical, provides “Rob Zombie in Oz,” based largely on the film version of The Patchwork Girl of Oz and Alexander Volkov’s Magic Land. Dr. Pipt’s daughter Jesseva and her fiancé Danx play important roles, and Jinjur encounters the zombie form of Urfin Jus. Finally, Jared returns with “Roselawn,” which seems to take its cues from Eric Shanower’s “Abby” in telling us what happened to some child characters who returned to the United States and grew up. In this case, it’s the titular protagonists of Dot and Tot of Merryland, with Tot dealing with trauma from his stint in World War I and Dot trying to get him to remember Merryland. 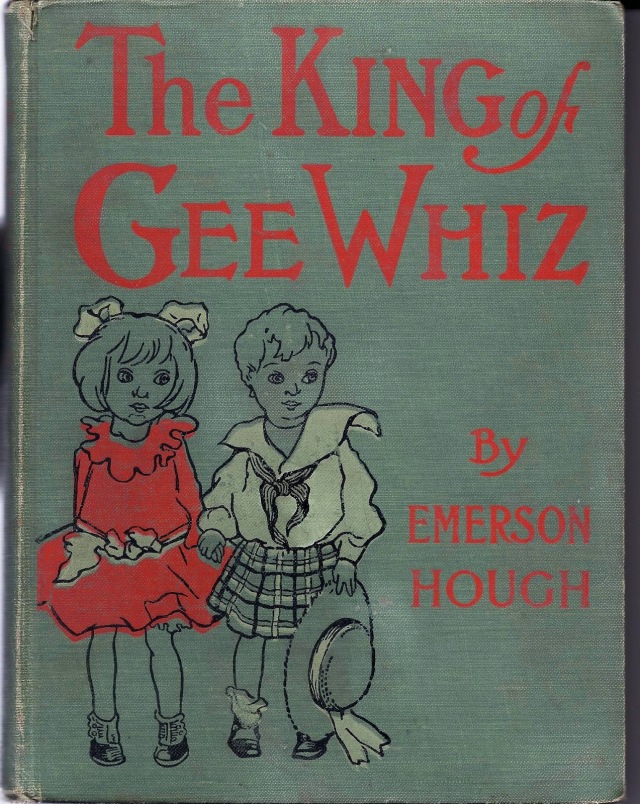 I might as well also review another sort of Oz-adjacent work that I recently came across, The King of Gee-Whiz, by Emerson Hough. He had attempted to collaborate with L. Frank Baum on a musical comedy, and the two of them basically came up with sort of a farce on Montezuma and the conquest of the Aztec Empire. I don’t know if a script survives, but there is a scenario available online. When Hough reworked the plot into a children’s book, he changed a lot of details, but the basic structure seems to remain. The twins Lulu and Zuzu are taken to the Island of Gee-Whiz by the Private Secretary in a magical submarine (I wonder if the Beatles’ animated feature was at all inspired by this), where their mother introduces the King to waffles. They encounter a giant with a wooden leg and are tricked by a wicked fairy who convinces the King to drink from a rubber tree and then steals his shadow. Interspersed throughout are various songs performed by an enchanted banjo, which might well have been holdovers from its origins as a musical. Wilbur D. Nesbit is credited as the lyricist. It’s definitely very light on plot, but it has some inventive ideas, particularly the dragon with a wooden leg.

It has a cop-out all-a-dream ending, but I suppose that’s easy enough to ignore. Joe Bongiorno has used the island and the wicked fairy Gobo in a few stories on which we collaborated.

Also be sure to check out the review of this book at Wannabe Wonderlands. Now someone just has to digitize a copy of Yama Yama Land, another children’s fantasy with a Baum connection.