The name “Gannon” is now on the list of top baby names, but unfortunately it probably doesn’t have anything to do with the blue pig from the Zelda games.

The poorly written opening story in the original Legend of Zelda refers to the villain as Gannon, but this was a misprint. Maybe they’re actually naming their kids after the right-wing White House reporter who used to be a male escort. Apparently Gannon is an Irish surname meaning “fair-skinned,” which didn’t apply to Link’s arch-enemy even when he was still human. 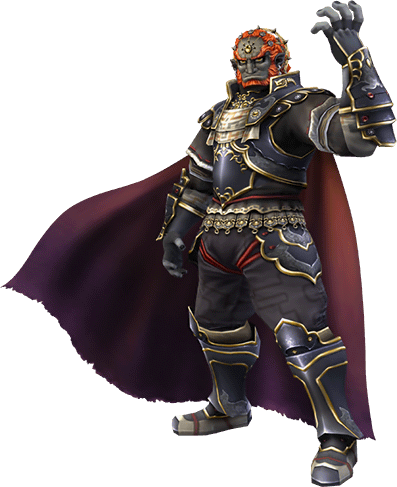 And someone on Teen Mom used it as a first name. Zelda, which is a fairly traditional name, isn’t particularly popular these days, despite Robin Williams giving it to his daughter in reference to the games. Princess Zelda, in turn, was named after Zelda Fitzgerald.

I know my wife suggested Saria as a middle name, but it’s not like we’re ever going to use it. Apparently there are several kids now named Alucard and Kratos, and while neither of these originated with video games (the former comes from the 1943 film Son of Dracula and the latter was a minor Greek deity), that’s almost certainly where modern parents are coming across them. The birth name of the character from Castlevania is Adrian, but I guess no one would get the reference with that name. Mario and Luigi are traditional enough that kids who have them probably aren’t named after the Goomba-stomping plumbers, although they’re almost certainly going to be compared to them at some point in their lives. Bowser hasn’t caught on as a baby name, but I think it’s still associated with dogs, or with tanker trucks in the United Kingdom. While we’re probably still at the point where video game names are going to be frowned upon by society, you never know. I mean, back in the 1980s, it became trendy to name daughters after the mermaid in Splash. And Raiden, best known from Mortal Kombat but used in other games as well, fits in with the current fad of names rhyming with “Aden.” Maybe people should start naming their kids after this guy.