I wanted to feature some aspect of mythology associated with fireworks, what with the Fourth of July and all. The best I could come up with through Google was the Chinese hero and deity Li No-Cha, or Nezha. He fought monsters with wheels of fire, which he also rides on, and hence is sometimes featured on firecracker packets.

Picture by Smoldering075
No-Cha’s parents were the military commander Li Jing and his wife Lady Yin, who lived during the Shang Dynasty. They already had two sons, Jinzha and Muzha. Lady Yin was pregnant with her third son for three and a half years, and had a dream in which a Taoist priest cursed her with giving birth to the child of a unicorn. When No-Cha was born, it was as a ball of flesh with a red glow. Li Jing initially thought the baby was a demon and tried to kill him, but a blow of his sword revealed a child wearing a bracelet and red pants. I’ve seen it said that he was already able to walk and talk, which must have saved his parents a lot of trouble. At the age of six, he was already six feet tall, and caused trouble when he dipped his pants into a stream and made it boil. Yes, apparently his pants were on fire, but I don’t know whether that meant he was particularly untruthful. He was, however, quite impetuous, killing the messenger of the dragon who ruled the Eastern Sea when he went to investigate the boiling water, and then disemboweling the dragon king’s son. Li Jing apologized to the Dragon King, whose name was Ao Guang, but No-Cha insisted on fighting the dragon until he surrendered.

Picture by AcaciaTree
Some sources provide some defense for No-Cha’s vendetta by saying that the Dragon King had been demanding human sacrifices. Regardless, the king took revenge by kidnapping No-Cha’s parents, and he agreed to commit suicide in return for their freedom. But you can’t keep a good hero, or even a somewhat nasty hero, down, and No-Cha’s teacher Taiyi Zhenren brought him back to life by building him a new body of lotus roots. He became even bigger in his new form, and was sometimes said to have grown to a height of sixty feet with three heads and eight arms.

Li Jing wasn’t too happy about the resurrection, as his son had been such a troublemaker in his FIRST life. This led to bad blood between the two, and No-Cha tried to kill his father, but two warriors managed to subdue the son. One of the warriors gave Jing the power to trap No-Cha in a tower if he misbehaved, so from then on No-Cha could no longer afford to be antagonistic toward his dad. Eventually, No-Cha became a deity under the title of Third Lotus Prince, but he was outranked by his father, the Pagoda-Bearing Heavenly King. No-Cha is called upon for protection against monsters and demons, which he fights with his bracelet and fire wheels. He is also sometimes said to be able to spit out clouds and rainbows. No-Cha appears in Journey to the West, as first an enemy and then an ally to Sun Wukong. He’s also been featured in movies, video games, and comics. 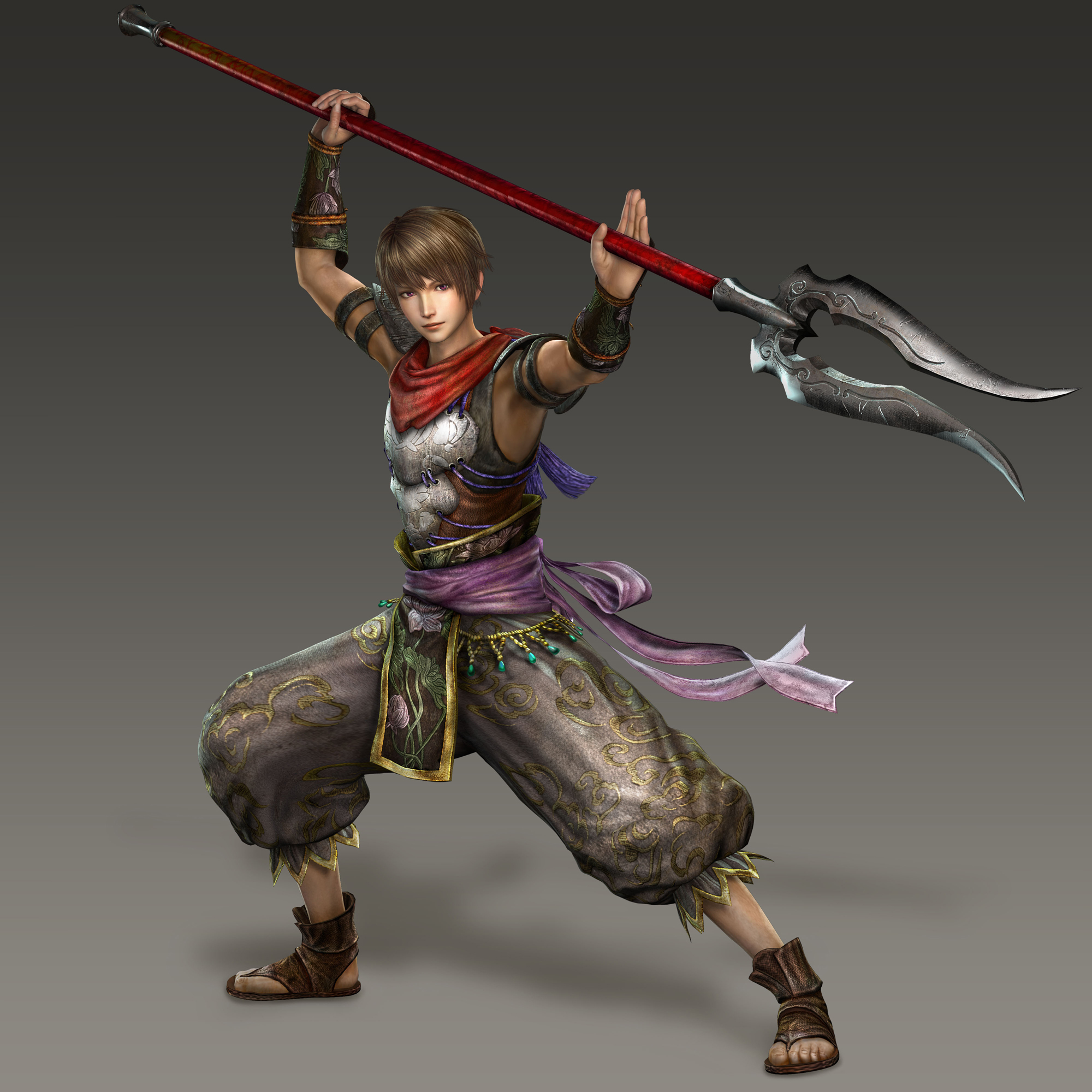 Depictions of him vary between the guy with the multiple heads and arms and his form as a child, in which he usually wears pigtails and a skirt. 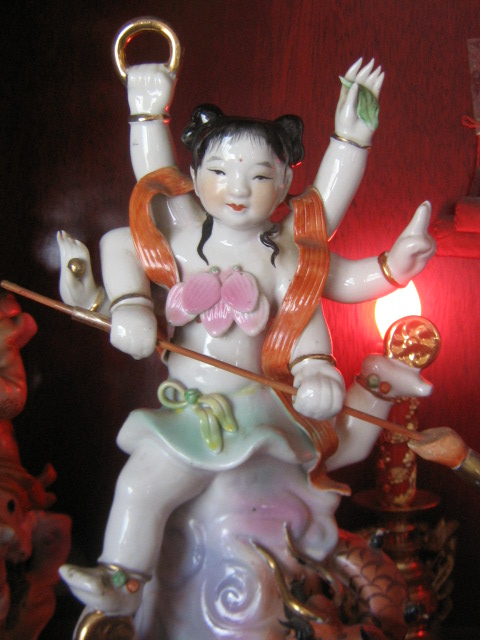 1 Response to Wheels of Fire