I’ve mentioned in the past that, if the Oz books had come out considerably later in the century, they might well have been the basis for action figures. I mean, three of the major characters were eventually given their own personalized homes. Wouldn’t that be perfect for merchandising?

The first one of these homes to appear is the Tin Castle where the Tin Woodman rules as Emperor of the Winkies. The first appearance of the castle is most likely in The Road to Oz, but there’s apparently a certain amount of doubt here. Peter Schulenburg’s The Tin Castle of Oz has the construction take place not long after Dorothy leaves Oz for the first time, hence it would presumably have been ready by the time of Land. Nick Chopper does live in a castle in this book, but I always figured it was the Wicked Witch of the West’s old castle with some refurbishments. It’s described in this fashion: “The travelers were at first somewhat awed by their surroundings, and even the Scarecrow seemed impressed as he examined the rich hangings of silver cloth caught up into knots and fastened with tiny silver axes. Upon a handsome center-table stood a large silver oil-can, richly engraved with scenes from the past adventures of the Tin Woodman, Dorothy, the Cowardly Lion and the Scarecrow: the lines of the engraving being traced upon the silver in yellow gold. On the walls hung several portraits, that of the Scarecrow seeming to be the most prominent and carefully executed, while a the large painting of the famous Wizard of Oz, in act of presenting the Tin Woodman with a heart, covered almost one entire end of the room.” 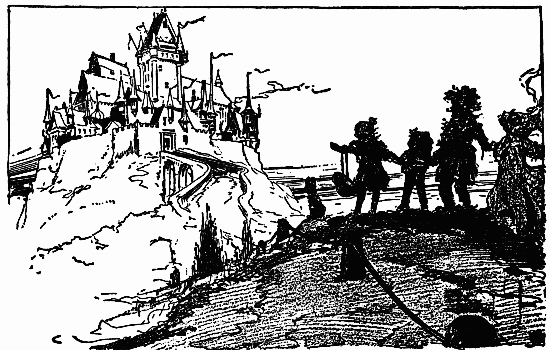 In Road, Dorothy mentions the Tin Castle as Nick Chopper’s “new house.” It has “towers and steeples and domes and gables,” all made of tin. The furnishings are also all made of tin, as are the statues outside and the instruments that the court musicians play. 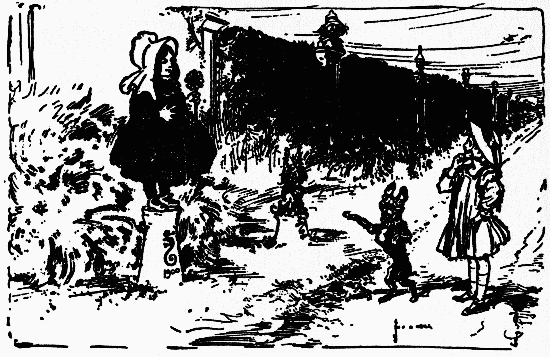 While the gardens mostly contain regular flowers, Emerald City reveals that there is one bed of tin flowers that produce seeds. There’s also a pond of tin fishes. The Wizard of Oz explains that the castle doesn’t rust because Nick “has thousands of Winkies to keep it polished for him.” Tin doesn’t actually rust, and is also not much use as a building material, suggesting that there are other unmentioned metals used in the construction. Tin cans are, after all, mostly steel. It’s also not clear how the tin fishes can maneuver in water when it makes Nick himself helpless, but maybe it’s like the dry water in the Rubber Country in Tik-Tok. Also, how are the tin flowers and fishes showing signs of life? In Enchanted Island, Ruth Plumly Thompson describes the castle as “like a big comfortable house” with only one tower, a far cry from the multiple ones mentioned in Road. It’s also blazingly bright in the daylight, and largely surrounded by a canyon in which tin cans grow. The castle keeper is a woman named Makebel Eva with gold teeth and a tendency to pretend she’s a princess.

Does that mean she’s not happy with her job, as we’re constantly told the servants in Oz are supposed to be? 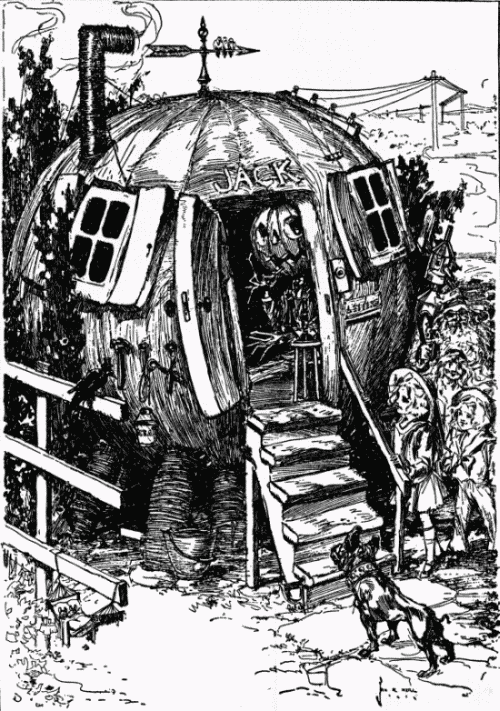 Road also introduces Jack Pumpkinhead’s farm, where he spends much of his time growing pumpkins to use for new heads. He lives in a giant hollowed-out pumpkin with a door, windows, and a stove. If the illustration is any indication, it apparently also has electricity. As of Jack Pumpkinhead, the house has two stories, although I suppose this could be a different pumpkin house.

The grounds include Jack’s private graveyard, where he buries his old heads. Strangely, John R. Neill’s Wonder City not only suggests that Jack’s pumpkin patch is in the Emerald City, but that he has moved into a decommissioned Ozoplane. Maybe his usual house was being remodeled at the time. According to Runaway, the name of Jack’s farm is Pumpkin Park.

Finally, the Scarecrow’s dwelling, described as both a tower and a mansion, first appears in Emerald City. It’s shaped like a giant ear of corn made of gold and emeralds, and on the top stands a statue of the Scarecrow surrounded by ebony crows. When first introduced, the building contains five floors, each one a single room. 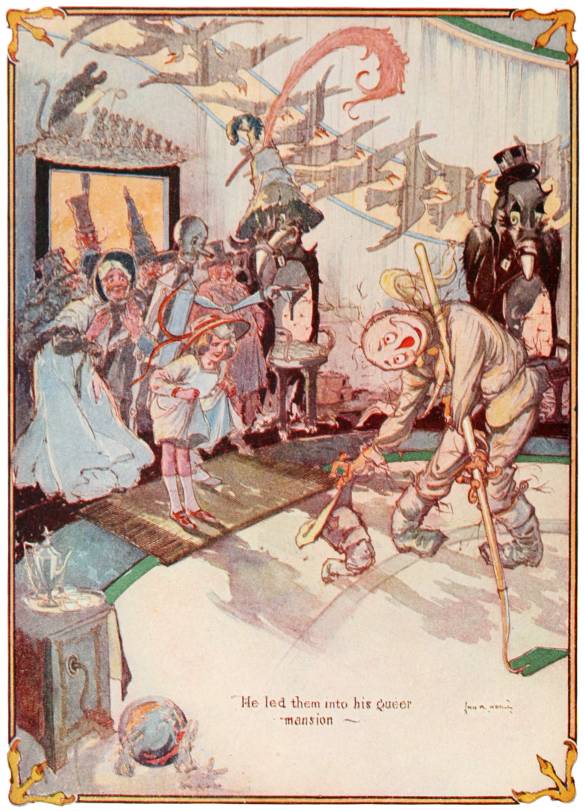 The first floor is a reception hall containing a hand-organ and furniture in the shape of crows, the second a dining hall, and the ones above that bedrooms for the servants. We meet two of these servants in Royal Book, a housekeeper named Blink and a cook named Mops.

The Scarecrow mentions that the mansion was designed by Jack Pumpkinhead, hinting at a skill that Jack had not previously displayed. Surrounding the building are fields of corn, as well as one field of oats from which the Scarecrow can obtain new straw. The mansion reappears in Lucky Bucky, and here the straw man is described as falling down twelve flights of stairs after catching his foot in a coil of wire, suggesting that the tower might have been expanded. This book also mentions a cellar in which a rolled-up river is kept.

4 Responses to Ozian Homes and Gardens