What If Feelings Had Feelings?

Inside Out – The post title comes from here, and be forewarned that there are spoilers in this post. The idea of tiny people controlling the human brain is hardly an original one. The show Herman’s Head comes to mind, and pretty much every cartoon had an episode like that. Some of the jokes, like the train of thought, show up fairly often. 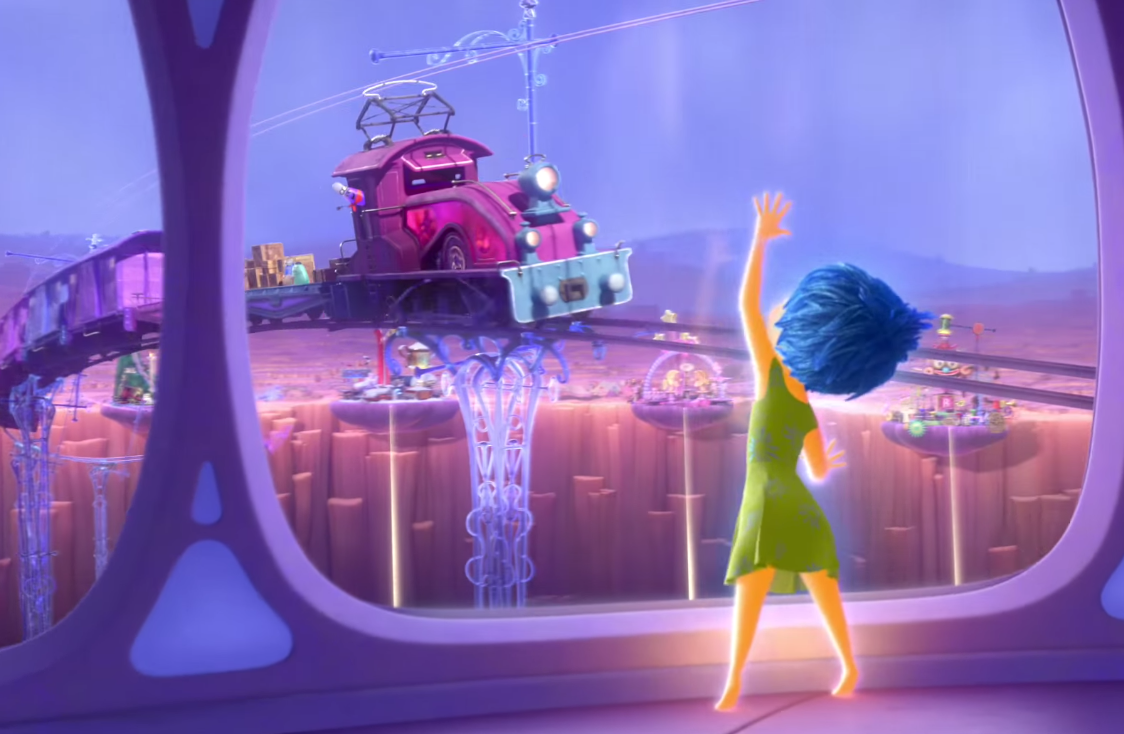 The idea is somewhat paradoxical by its very nature, because if happiness is personified, does that mean this person would always be happy? Would they have free will? Would they have their own personified feelings inside their own head? To its credit, the movie did deal with some of these paradoxes. It focuses on the five emotions of a girl named Riley: Joy, Sadness, Anger, Fear, and Disgust.

While their own personalities are mostly what you’d expect, there are some wrinkles to it. Joy is sad and worried at times, Fear can feel relieved, and Sadness admits that sad things can make her happy. And bitter sarcasm is explained as Anger trying to do the job of Joy. The main conflict arises when Joy and Sadness become lost outside the command center and have to make their way through other parts of Riley’s mind, including her memory, imagination, subconscious, and capacity for abstract thought. This allows the writers and animators a lot of creativity in terms of characters and locations. Dreams are produced in a studio, memory workers dump out useful information while keeping a jingle from a gum commercial, and the abstract mind turns the characters who enter it into cubist art and then two-dimensional objects. A major supporting character is Riley’s imaginary friend Bing Bong, a sort of pink elephant-cat who cries candy tears.

In a sad moment, he ends up sacrificing himself to save Joy. The lesson that sadness is sometimes necessary to keep a person emotionally stable is rather obvious, but the journey has plenty of its own emotional strength. I appreciated the idea of depression being an imbalance of emotions rather than just permanent sadness (both Joy AND Sadness are missing when Riley is at her lowest). One thing I do wonder is that, since most people around Riley’s age go through a period of emotional confusion, does that mean some of everybody’s personified feelings get lost around then? Another interesting element is that, while Joy is the leader of Riley’s emotions, when we look inside other people’s minds this isn’t always the case. Her mom’s mind is dominated by Sadness, and her dad’s by Anger. A lot of the voices were done by Saturday Night Live alumni, but the voice actor I found the most surprising was Flea from the Red Hot Chili Peppers as the partner to Pixar regular John Ratzenberger.

As with Avengers: Age of Ultron, I saw this movie on the last week it was playing at the nearby theater. Oddly, there weren’t a whole lot of previews. In fact, the only one I remember was for upcoming Pixar project The Good Dinosaur. The opening short, Lava, felt kind of slow; and I wasn’t really a big fan of the song that narrated it. The design on the volcano characters was great, however, and the story was rather sweet. 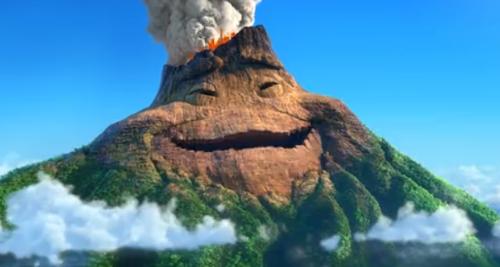 I might go see Ant-Man next week (shows at this theater are cheaper on Wednesdays), but we’ll see if that works out. I’m also wondering if the upcoming Fantastic Four film is any good; I haven’t seen any of the earlier ones, but I do like the characters.

Like Loading...
This entry was posted in Cartoons, VoVat Goes to the Movies and tagged disney, inside out, lava, pixar. Bookmark the permalink.