My dad recommended Tony DiTerlizzi’s WondLa trilogy due to the Oz connection, and I did quite enjoy the books. DiTerlizzi is the co-author of the Spiderwick Chronicles, but I haven’t read any of those. I’ll get to the Oz stuff later, first providing an overview of the books. There are going to be some spoilers here, mostly later on but some in the overview as well.

The Search for WondLa introduces the protagonist, a girl called Eva Nine who is being raised by a robot in an underground sanctuary. Although she has been trained and is equipped with several useful bits of technology, when she finally emerges onto the surface she finds it to be entirely alien, inhabited by walking trees, six-limbed birds, creatures that are part dragonfly and part shrimp, air whales, predatory desert crustaceans, and other strange beings. While on the run from a hunter who wants to put her in a menagerie, she forms alliances with an alien wanderer named Rovender Kitt and a bear named Otto. Eventually, she learns the truth about this world, which is known as Orbona.

A Hero for WondLa starts with Eva being transported to a subterranean human settlement that seems utopian at first glance, but turns out to be hiding some dark secrets. She escapes from the city of New Attica with her older sister Eva Eight, and seeks out the device that revitalized life on the planet.

Finally, The Battle for WondLa sees a world on the brink of war between humans and aliens (although can you really call them “aliens” if many of them were born there?). Eva Nine, who has gained the ability to communicate with all living things, has to negotiate with leaders whom she had opposed and escaped in the first two books. She finds the true mastermind behind the war, a creature intent on world conquest who absorbs the power and knowledge of those he devours, sort of like an evil Kirby. The main plot is wrapped up, but there are several flash-forwards after that.

This series definitely wears its influences on its utilitunic sleeve, but there’s plenty of original stuff to it as well. Not only is L. Frank Baum credited as influential on the work, but the “WondLa” title is actually a nod to The Wonderful Wizard of Oz. Eva possesses a picture of a book cover with “The WondLa” printed on it, and it turns out to be from an old copy of Wizard (specifically one with the picture of the Scarecrow and the Tin Woodman carrying Dorothy on the front) with many of the letters worn off. 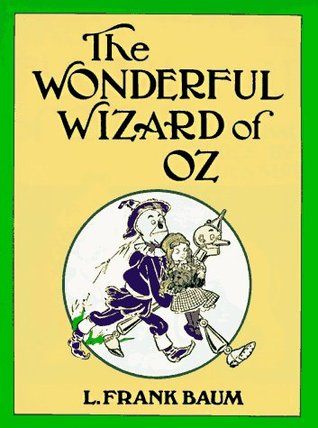 It’s actually a somewhat similar premise to that of Zardoz, which might make this the first children’s book series to have a close connection to a movie starring Sean Connery in a thong. Anyway, Eva interprets the picture as a family, and sees it as what she really wants in life. Near the end of the first book, she finds a copy of the book itself at the ruins of the New York Public Library, which proves that Orbona is really a revitalized Earth. Not surprisingly, there are some correlations between Eva’s and Dorothy’s adventures. As one of the flash-forwards makes clear, the lanky wanderer Rovender is the analog of the Scarecrow, and the kindhearted caretaker robot Muthr of the Tin Woodman. Otto would be the Cowardly Lion, Cadmus Pryde the Wizard, and New Attica the Emerald City.

Correlations I’m less sure about include that Rovender’s tribe is blue in color like the Munchkin Country, and that the royal family that colonized the derelict Earth is named Ojo. The Ojo in the Oz books is a descendant of the Munchkin kings, so maybe there’s something to that.