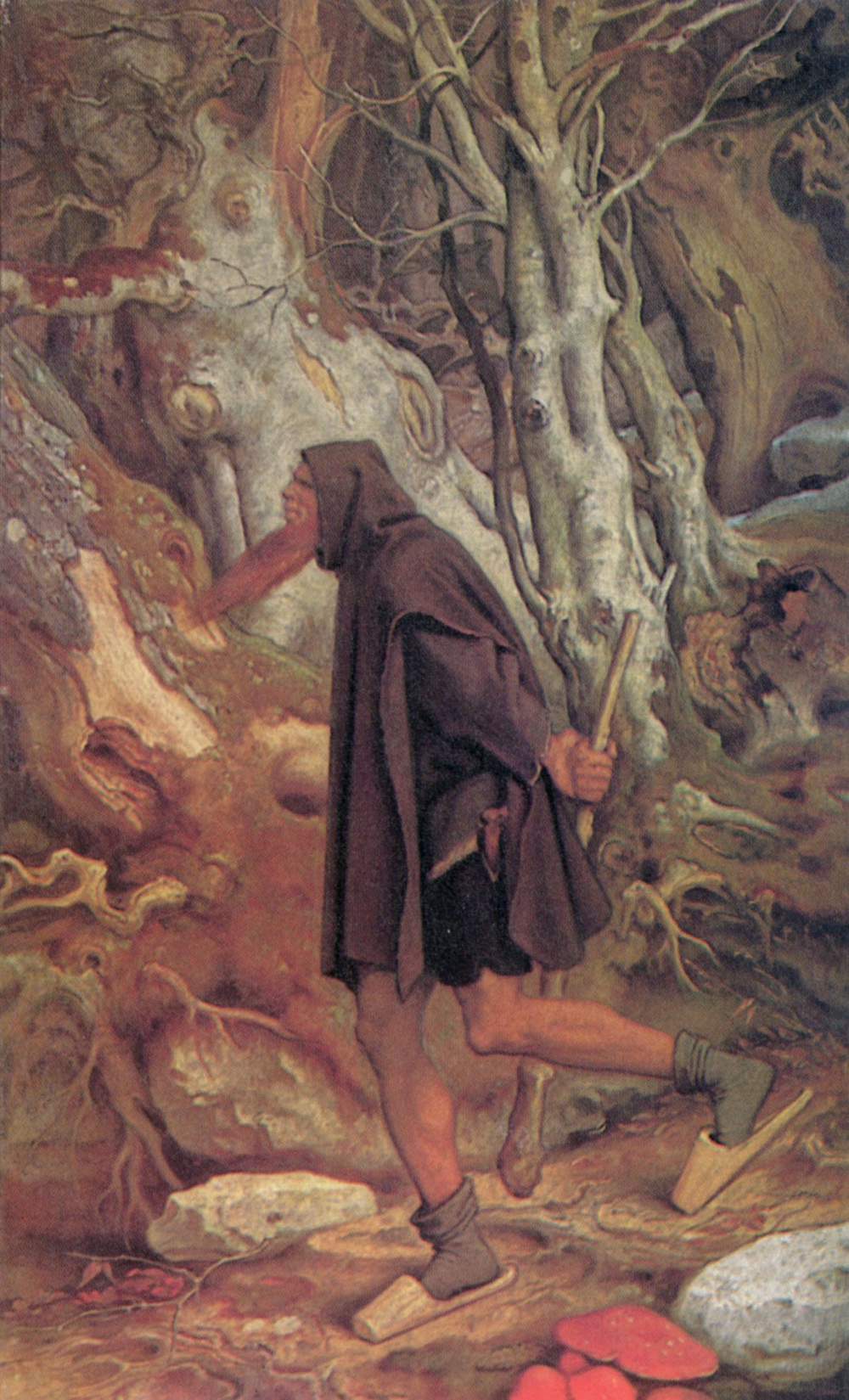 German and Czech folklore have a figure called Rübezahl or Krakonoš, who lives in the Krkonoše Mountains that formed the traditional border between Bohemia and Silesia. It’s not entirely clear what kind of creature he is, as he’s sometimes referred to as a giant and sometimes as a gnome. But then, as a trickster with powers of transformation, it’s not too surprising that different people would see him differently. Wikipedia refers to him as a woodwose or “wild man.”

In addition to his transformations, he has control over weather. When fog rises up from the Kotel valley, the locals say he’s making soup. He can work either good or ill according to his whims, but generally will return kindness with kindness and evil with revenge. He appears in many fairy tales of the area, which have inspired writers and composers.

Picture taken by Ricky Yates
There are a lot of wooden carvings of him, and I understand there’s even a Rübezahl Museum in Görlitz, Germany, near the Polish border. Common themes in the stories include his working magic to punish those who have insulted him or been unfair to others, and providing rewards in mysterious ways. The tales collected here have him throwing a huge oak tree right against the house of a lord who insisted a peasant move it, turning himself into a donkey to fool a nasty miller, and using his own foot to cut wood. Other stories, like this one, involve his giving someone a present that looks worthless but turns out to be valuable, and only the people who trust his strange instructions end up benefiting. A variant on this is when he turns straw into pigs, but they change back upon getting wet.

The most famous Rübezahl story, as retold by Andrew Lang in the Brown Fairy Book, places him in a more villainous role. He falls in love with a Polish princess and kidnaps her, taking her back to his underground palace. He does his best to make her happy, and when she says she’s lonely, he transforms some turnips into copies of her old friends and companions. Making vegetables into people comes with its drawbacks, however, specifically that they grow old and wither just as quickly as vegetables do. Rübezahl promises to make more, but the princess insists that he count the available turnips first, and she makes her escape while he’s thus engaged. This is where the name Rübezahl, which literally means “turnip-counter” (sometimes more stylistically translated as “Number-Nip”) comes from, and I wouldn’t recommend calling him that to his face. His Czech name just comes from that of the mountains in which he lives.