A Bug’s Life – I had seen Pixar’s second full-length animated feature before, but not until it was out on video. Beth, who was a fan of both Dave Foley and David Hyde Pierce, saw it a few times when it first came out. Pixar had a lot of success with a movie about toys, so they went on to make one about insects. It’s based partially on the fable of the Grasshopper and the Ants, in which the lazy grasshopper learns that the hard-working ants had it right after all when he starves to death during the winter. Some more recent retellings, like Disney’s own, have the ants take pity on the grasshopper in the end. After all, he shouldn’t have to DIE to learn his lesson, and he plays a mean fiddle.

Not to mention the disturbing implications of Disney killing off a character who sounds exactly like Goofy.
Come to think of it, wouldn’t the creator of that story have been making a living entertaining people rather than participating in manual labor? Well, maybe not, since the common narrative about Aesop is that he started out as a slave.

Anyway, the grasshoppers in the film have organized a mob and flat-out intimidate the ants into providing food for them. Their leader, Hopper, is a nasty piece of work who suggests he’d murder his own brother if he didn’t promise their mother otherwise, and eventually meets a rather gruesome death.

Our main protagonist is Flik (voiced by Foley) a clever but clumsy inventor who is hated by most of the other ants for his accident-prone nature and refusal to adhere to tradition. After he accidentally spills the bribe for the grasshoppers, he volunteers to travel to a nearby city of discarded food containers to seek the assistance of other bugs, and the ant leaders let him go so he’ll be out of the way.

He does return, only due to a mix-up he recruits a group of circus performers.

Flik comes up with a plan to create a fake bird to scare off the grasshoppers, and when it ultimately fails, the happy ending is achieved when the ants realize they far outnumber Hopper’s gang and can stand up for themselves.

I find it interesting to compare how animals act in animated movies to how they actually behave in nature. I hasten to add that cartoons that don’t show realistic animal behavior aren’t necessarily bad; I just sometimes wonder why the changes are made. One noticeable oddity here is that, with a few exceptions (the grasshoppers, the stick-insect, and the spider are the ones that I noticed), the bugs all have only four limbs each. Perhaps they looked more sympathetic that way, or were just easier to animate. And I’m sure pretty much everyone knows that worker ants are females, and almost always asexual ones as well; the only males in an ant colony are the drones. So the implication that Flik would hook up with the newly crowned queen is pretty unlikely. A lot of the humor in the film comes from human perception of bugs, as with the male ladybug Francis (voiced by Denis Leary) whom everyone assumes is female, and the stick-insect Slim (voiced by Pierce) who’s tired of being typecast as a stick. We catch the very end of Rosie, the black widow spider, talking about how she lost her twelfth husband, which is pretty dark if you know why black widows are called that. Not surprisingly, Rosie’s diet is not addressed. There is a scene where a mosquito orders a drop of blood at a bar, but there’s no indication as to where it came from. And I’m not sure what they were going for with Heimlich, the fat German caterpillar who ends up growing wings too small to support his body.

Beth pointed out that there are more female characters than is typical for Pixar, although not all of them aren’t particularly major roles. There’s Rosie, the Ant Queen, Princess Atta, her sister Dot, and the Gypsy Moth. It’s a pretty fun film from the days before Pixar started trying to make all their movies total tearjerkers. 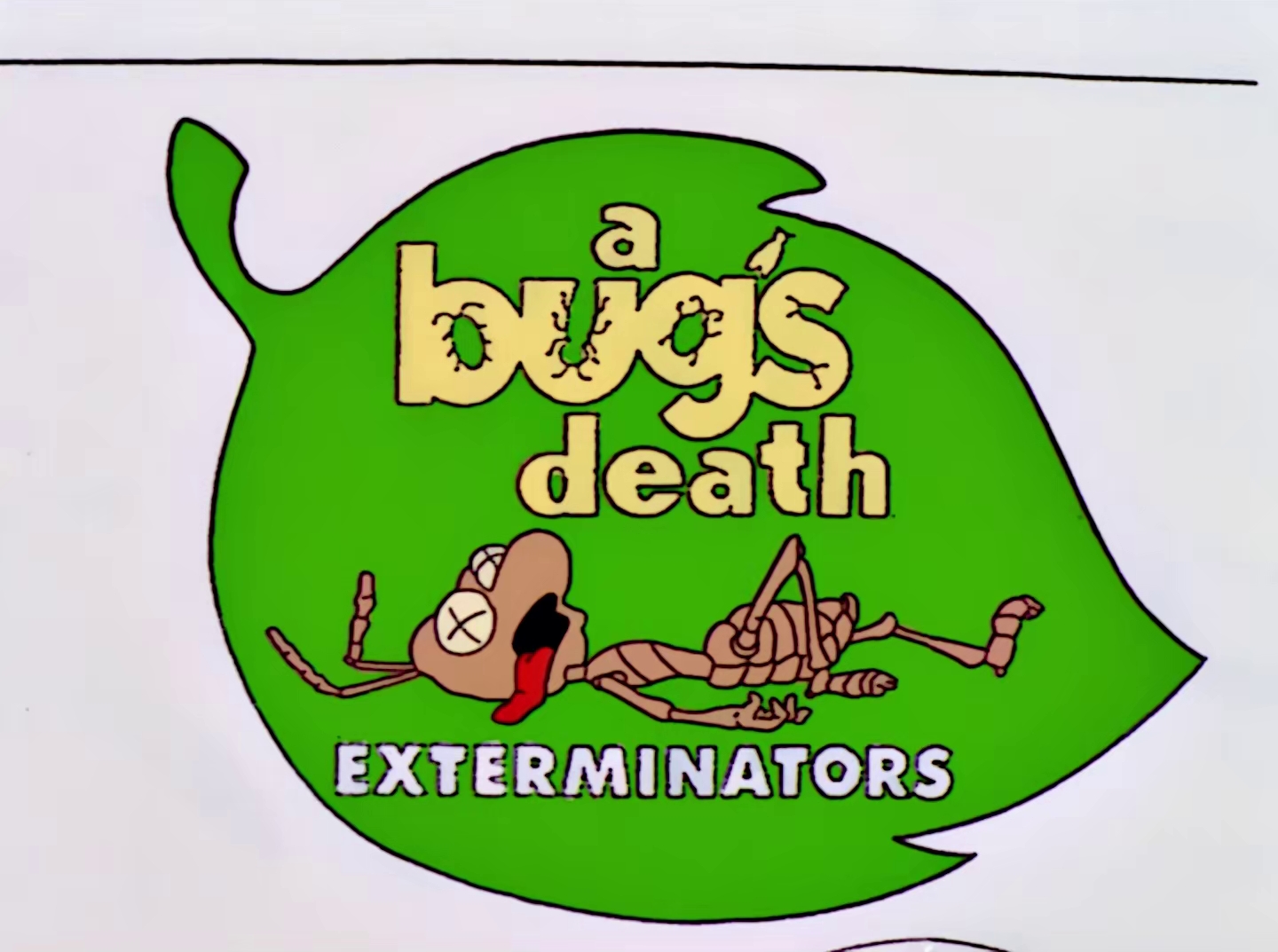 1 Response to What’s Bugging Me