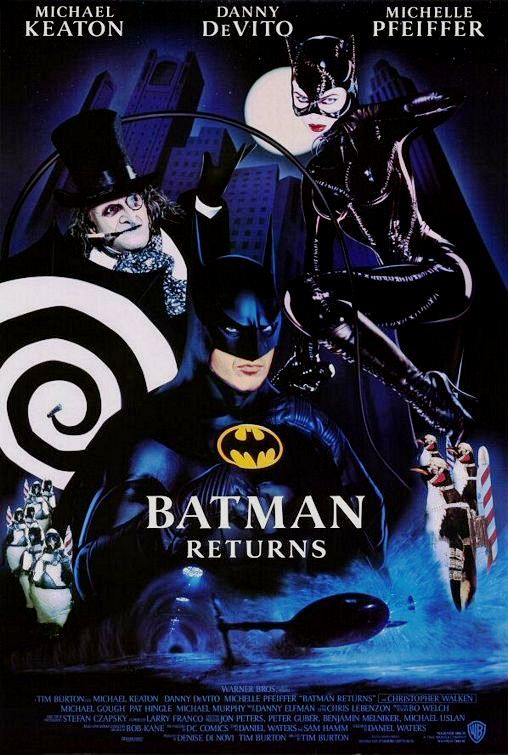 Batman Returns – I saw this film in the theater when it was new, but hadn’t watched it in years. As with the first Tim Burton Batman film, there’s a very interesting look to the whole thing, sleek and kind of scary at the same time. The main villain this time is the Penguin, as played by Danny DeVito in a deviation from how he was portrayed in previous media. He was usually a dapper, upper-crust sort of criminal, but while the film says he had rich parents, it makes him a deformed guy with flippers for hands and a lot of grotesque and perverted habits.

He leads a gang of circus performers, which seems more appropriate for the Joker, although it’s explained that he was in a freak show when he was younger. They did keep his trick umbrellas and obsession with birds, however.

Strangely, he apparently doesn’t know that birds are warm-blooded. I guess this incarnation of the character never went to school.

The Penguin teams up with corrupt businessman Max Schreck, played by Christopher Walken, who has plans of building a power plant that actually absorbs power for his own devices. This never actually comes to fruition, and it’s somewhat odd that the movie basically just drops it. His corruption was obvious enough without giving him his own over-the-top fiendish scheme. 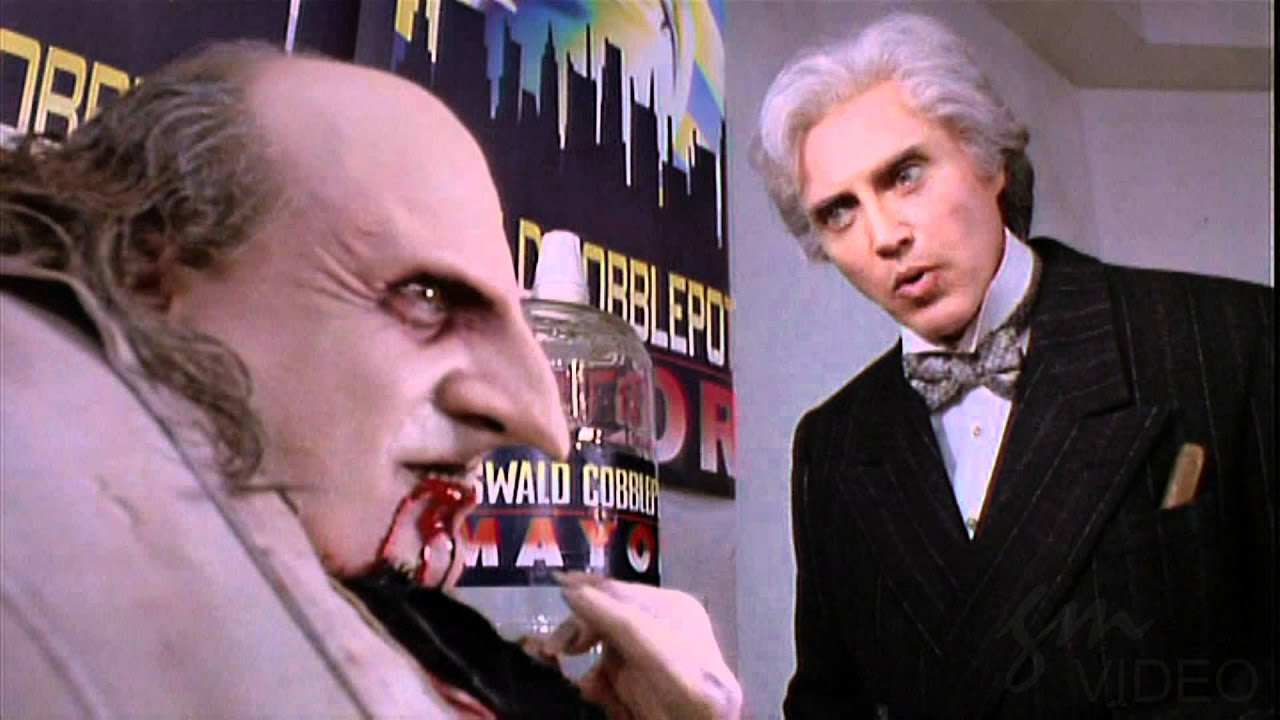 Schreck helps the Penguin to become popular with the people of Gotham City and convinces him to run for mayor, something the character actually did in the 1960s Batman series as well. When this fails due to Batman playing a recording of him on an insane rant (pretty much exactly the same thing that happened to Kevin McCarthy’s character in UHF), he falls back on his old plan to kill all the firstborn sons in town. Catwoman also appears, her origin story being that she was Schreck’s secretary who was pushed out a window after discovering his crimes, only to survive with brain damage and become a cat-themed villain.

I never understood why her costume doesn’t have a tail, but I guess her whip stands in for it.

Her dialogue tends to be really corny, basically proving that it’s pretty much impossible to remove campy elements from the material. Apparently Burton didn’t want to do a direct sequel, although some references to the first movie were retained. Vicki Vale is mentioned twice, but the reason for her breakup with Bruce Wayne is only mentioned briefly. Robin and Harvey Dent were also originally going to appear, but were written out.