The Black Side of the Force

Beth, who is not interested in Star Wars, sent me this link earlier today.

First of all, I don’t remember the movie very well, but didn’t someone in Chasing Amy say pretty much the same thing Melissa Harris-Perry did, except as a joke? Second, this is on the Fox Business Channel. What does any of it have to do with business? Third, while obviously a lot of Christians love Star Wars, I really don’t see much Christian symbolism in it; it runs on more of a sort of Eastern Asian mysticism. And while there are allusions to the battle between darkness and light in the Bible, I don’t think it’s the main source of such associations, nor was that where they originated. Besides, Satan is the Morning Star who appears as an angel of light, right? 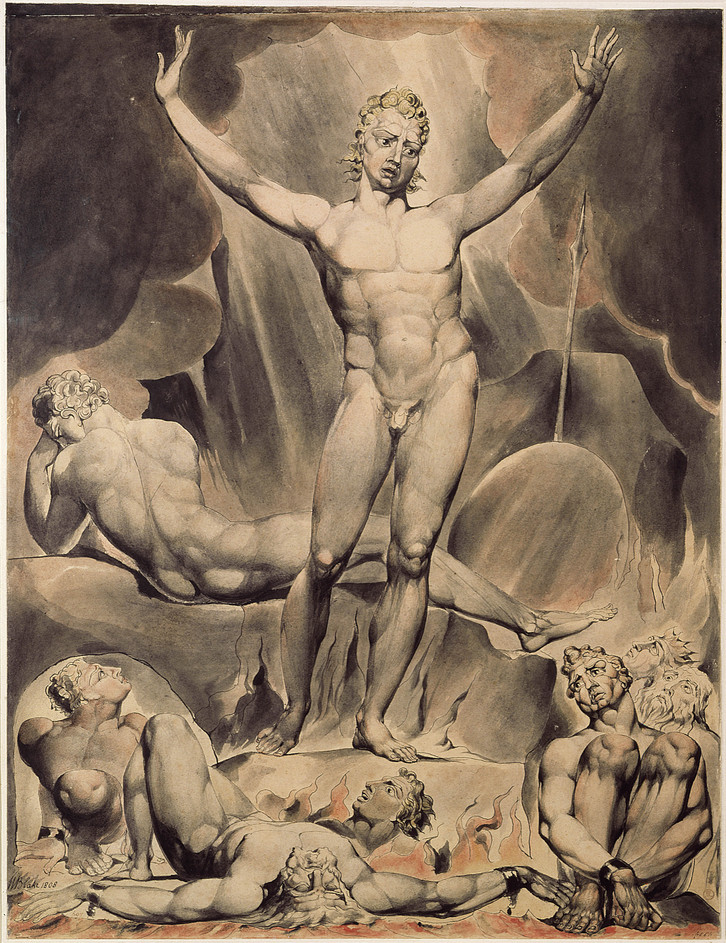 Then again, the Storm Troopers all wear white. It looks like a lot of conservative websites have picked up on that one clip of Harris-Perry out of context. Here’s the entire segment:
http://player.theplatform.com/p/7wvmTC/MSNBCEmbeddedOffSite?guid=n_mhp_holtzclaw_151213
I can’t really tell how serious she was being, but the whole segment was pretty light-hearted, even as it touched on quite serious topics.

I think it’s true that Darth Vader wore black because of the association between darkness and evil. I mean, “Darth” was obviously a play on “dark,” right? Despite the fact that a black guy voiced Vader, we learned in The Empire Strikes Back that he was Luke Skywalker’s father, making him most likely a white guy. Not to mention that Lando Calrissian and Mace Windu are good guys. Black people are certainly underrepresented, but they aren’t the villains. So no, I don’t think there was any racist intention in color-coding Vader. Fear of the dark almost certainly predates racism based on skin color. If anything, it’s the other way ’round. 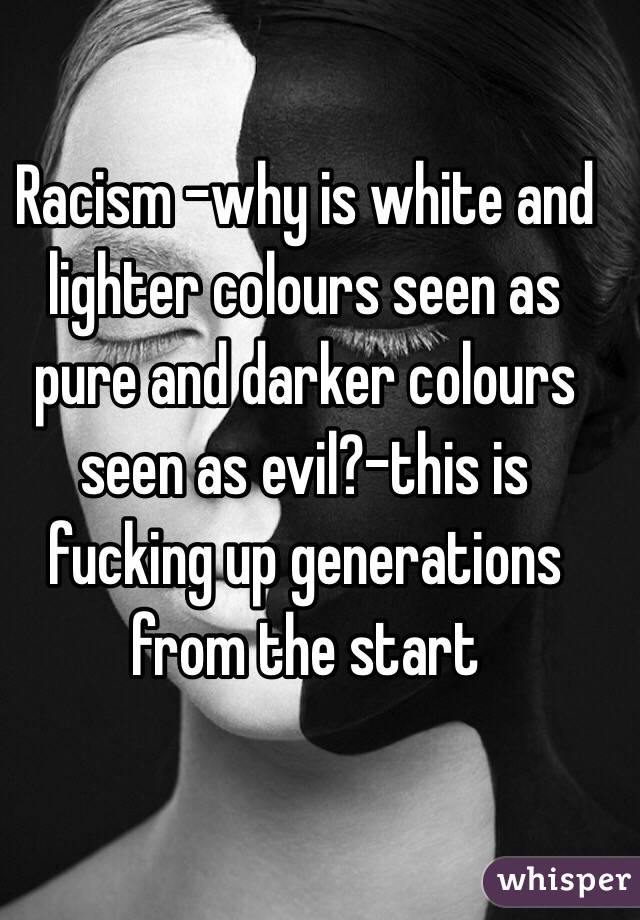 On the other hand, why IS darkness evil? Because the Sun is the source of life and people aren’t naturally nocturnal? I think it relates to a fear of the unknown. Of course, the unknown isn’t always bad, but we’re afraid that it will be. While I haven’t done much research on the subject, this seems to be true even in African mythology; a quick Google search reveals that Gaunab, the god of sickness and death in the pantheon of the San of South Africa and Namibia, is associated with darkness. I also found this, positing that the use of black to show evil in Christian art had nothing to do with skin color until the late Middle Ages, when it was driven by political factors. I’m guessing it was white people who came up with the “white” and “black” designations in the first place; most human skin is actually some shade of brown. I’ve seen discussions besides Harris-Perry’s of how black representing evil can be seen as racist, and while I think this generally isn’t INTENTIONALLY the case, it might be an archetype that’s worth revisiting. We don’t necessarily HAVE to dress the bad guys in black just because it’s traditional. But then, Star Wars is all about mythical traditions. Not to mention the coverage I’ve been seeing of people being mad about the new movie because there’s a black guy as (apparently) a main character. Why our media devote so much time to the rantings of racist idiots is something I can’t understand. Why even dignify their views with that kind of discussion? There’s enough racism and xenophobia from politicians and public figures that we really don’t need to turn to the masses of white supremacists to find stories.

Of course, Janine Turner goes from making a somewhat valid if poorly phrased point about allegory to some total nonsense about political correctness and states’ rights. I’m not even sure how this came about, aside from the fact that Fox ties everything in with that. I might not agree with Harris-Perry (although, as I indicated, her point wasn’t totally invalid), but she was just stating her opinion, which has nothing to do with public policy or the federal government. And as for the kid who wore the Storm Trooper shirt to school…well, schools tend to be pretty arbitrary about such things. There might have been an element of political correctness to it, but it didn’t have anything to do with federal law, so why even bring that up? A comment on the RawStory page suggested that the video was edited, which would make more sense, but it proceeds the same way when included in a longer clip here:

She apparently thinks politeness is something to fear, but we all know fear leads to anger and anger leads to the Dark Side. Also, isn’t promoting states’ rights usually code for racism anyway?