Merry Christmas! Since the day is almost over, I might as well share my thoughts on a few Christmas movies and specials I watched this year.

I Am Santa Claus (2014) – A documentary examining the lives of several people who play Santa, in this case guys with actual beards who take the role quite seriously. While quite different people in most respects, they all put in the effort to maintain St. Nick’s character. One of the people appearing is wrestler Mick Foley, playing Santa for the first time (not counting when he wore a Santa suit as part of his wrestling act). I thought it was really good, and definitely worth watching.

Andy Williams Christmas Special (1985) – I’m not sure that’s the official title, as he not surprisingly had a few different Christmas specials. This particular one, which Tavie read about on Cracked, had Williams take a bunch of child actors to Finland to visit Santa. As if that weren’t disturbing enough, they all sleep in the same room when staying there, and the kids ask permission from the people who play their parents on television. After watching Joey Lawrence and his brother tap-dance, Williams finally gets to Santa’s house, which doesn’t appear to be at all hidden or protected. He then sings to the camera, implying the audience is Santa. Unfortunately, there was no way for the audience to say, “Can’t you knock before barging in, and why are all these child actors on my front lawn?”.

Christmas in Disneyland (1976) – Another one on YouTube that we watched with Tavie, it starred Art Carney as a cranky old man who brings his grandchildren to Disneyland for Christmas Eve, then doesn’t let them actually do anything. 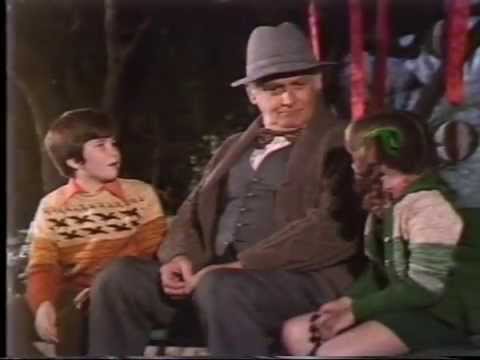 Why he went in the first place isn’t clear, but it kind of makes him even more of an ass. With the help of Sandy Duncan, Glenn Miller, and a cast of costumed characters, however, he eventually comes around. The Small World dolls and the cast of Country Bear Jamboree (plus Baloo and Br’er Bear) also help out with de-grumpifying Gramps. Tavie, who knows a lot about Disney park history, pointed out that most of the costumes we see are no longer used, but Goofy still looks pretty much the same. 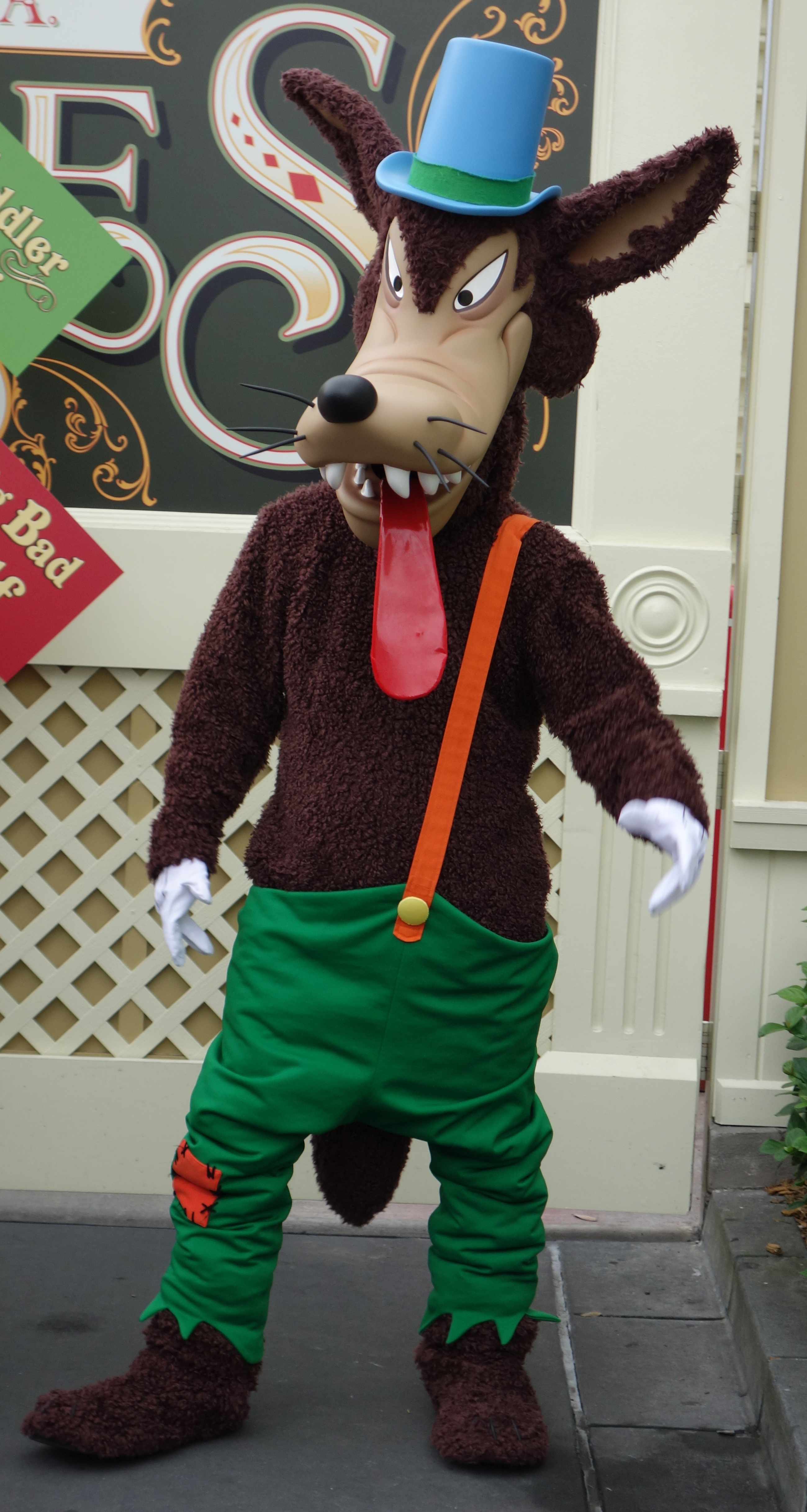 This was also when the Big Bad Wolf walked around the park with his tongue hanging out.

Yogi’s First Christmas (1980) – Although Hanna-Barbera was responsible for a lot of classic cartoons, it’s pretty clear watching as an adult that they were often pretty lazy. In this one, Ranger Smith, Huckleberry Hound, Snagglepuss, Doggie Daddy, and Augie Doggie are staying at the Jellystone Lodge for what might be their last year, since the old lady who owns it is planning to sell it because it isn’t making much money. I’m guessing this is because Hanna-Barbera is incapable of animating a crowd. When the characters practice Christmas carols, it wakes up the hibernating Yogi and Boo-Boo,who are excited about finally being able to see Christmas. They participate in several winter sports, despite the attempts of Herman the Hermit and the lodge owner’s nephew Snively to sabotage them. Herman is an old man who lives in a mountain cave and hates Christmas because it’s noisy. Gee, that sounds familiar for some reason. It was unclear whether he was living in Jellystone Park or just near it, but I like the theory that he’s squatting on federal land and then having the audacity to complain about the conditions. Beth compared him to Cliven Bundy. About the only thing I found genuinely funny about this was how, when Herman dressed as Santa, he put a fake beard over his real one.

A Muppet Family Christmas (1987) – I remember seeing this as a kid, although I’m not sure whether I watched it all the way through. It’s sort of a crossover between Muppet properties, featuring characters from The Muppet Show, Sesame Street, and Fraggle Rock. Fozzie invites his friends to his mom’s house without bothering to check with her. It turns out she’s planning on spending the holiday in Florida while Doc from Fraggle Rock rents her house, but when the Muppets show up they both decide to stick around. The Sesame Muppets come by as carolers, then have to stay as well when a blizzard hits the area. Kermit worries about Miss Piggy, who is out doing a modeling job and planning to show up later, which she finally does near the end. I never actually watched Fraggle Rock, which is presumably unusual for someone my age. From what I do know of the show, the Fraggles are supposed to be tiny, but when Kermit and Robin visit them they’re about the same size as Kermit. My guess is that the Fraggle hole they go through shrinks them down to Fraggle size. There’s also an acknowledgement of Muppet Babies continuity in an old film, which raises the question of whether Fozzie’s mom sent her son off to live in a nursery. I remember having it in my head that the Swedish Chef sang “I Heard the Bells on Christmas Day,” but he actually sings “The Christmas Song” with Big Bird, and Statler and Waldorf sing “I Heard the Bells.” Apparently later releases cut out some of the songs for copyright reasons, but I think they’re all there on the version we found on YouTube.

This was quite well-done, and I was glad to see it again. A favorite bit of mine was when Bert and Ernie met Doc and began telling him what letter every word he said started with, with Bert then saying, “Where we come from, this is small talk.” It doesn’t look like the Sesame Muppets have changed much since the special aired, but the members of the Electric Mayhem and a few others were noticeably different, and Miss Piggy’s hairstyle was much more eighties.

We also watched Emmet Otter’s Jug Band Christmas, which was cute but pretty slow. I’m not doing a full review of it, though, because I was tired and kept nodding off. I’d like to see Christmas Eve on Sesame Street again, but didn’t get around to it this year. We did do our annual viewing of Home Alone.