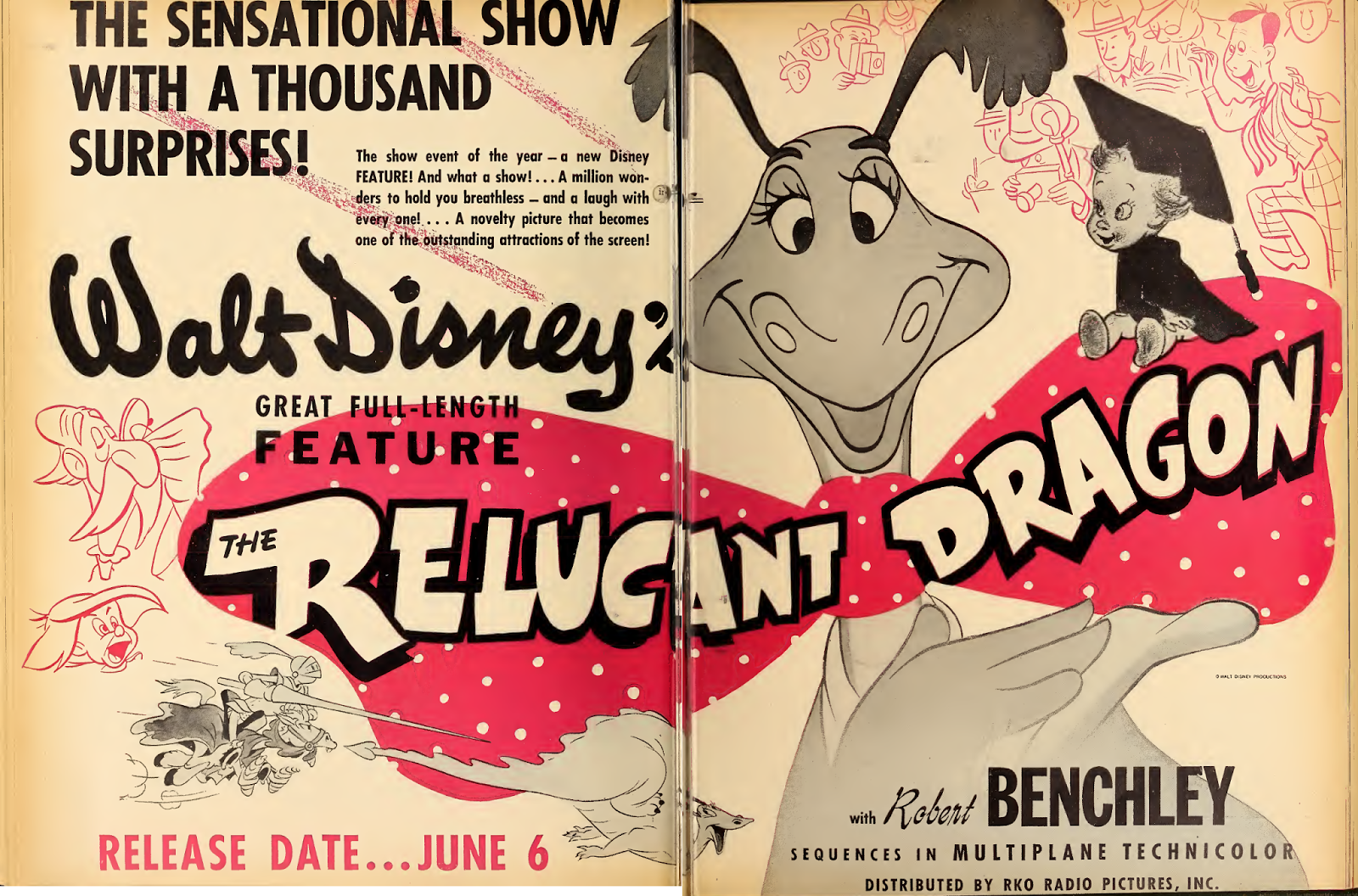 The Reluctant Dragon – I’ve seen this 1941 picture referred to as the first Disney film to mix live action and animation, but the two formats don’t really interact with each other that much.

It starts with Robert Benchley’s wife reading to him from the Kenneth Grahame book, and saying he should try to sell it to Disney. While Benchley plays himself, his wife isn’t played by his actual wife, and she seems considerably older than him. The two actors are really the same age, so it must just be how she presents herself. Benchley visits the Disney studio to present the idea, and while a stodgy, nerdy kid tries to take him right to Walt, he sneaks off and explores. He meets up with artists, camera operators, voice actors, musicians, sound effects people, and ink and paint girls, many but not all of them played by people who actually worked these jobs.

This setup is used as a way to work in three animated shorts: one about Casey Jr. from the then-upcoming Dumbo, a how-to Goofy cartoon about riding a horse, and another about a super-intelligent baby. Baby Weems is supposed to only exist in storyboard form, so it starts out as just a collection of still images, but then switches to limited animation. There’s also a shift from black-and-white to color once Benchley reaches the camera room. When he finally encounters Walt, he finds that the studio has already made an animated version of The Reluctant Dragon, which they proceed to watch.

The cartoon is pretty faithful to Grahame’s story, although a few things are exaggerated. While the dragon in the story is a peaceful sort, Disney presents him as a full-on campy gay stereotype, who flounces around with a limp tail.

And instead of the legendary St. George, the would-be dragon slayer is an original character called Sir Giles, a skinny, somewhat absent-minded old man reminiscent of Don Quixote. The boy notes that neither of them are quite what they are in storybooks. 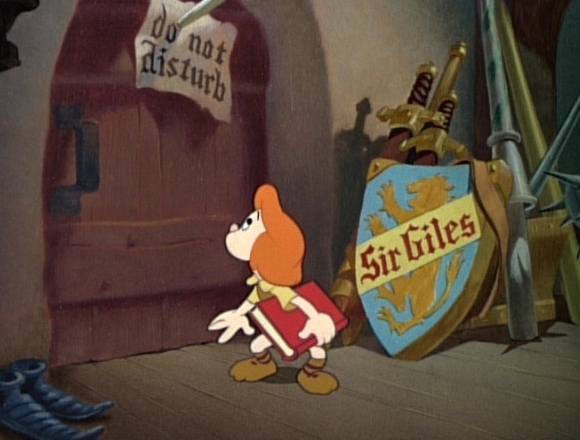 There’s also a lot of animated comedy in the fight scenes, as Giles and the dragon pretend to be fighting while actually taking tea and dancing. The movie ends with Benchley’s wife berating him for shilly-shallying. Does that mean she thinks they made the whole cartoon during the hour or so he was touring the studio?