Sunday in the Park with Guns

I’ve been wanting to write about some issues I’ve seen coming up frequently as of late, including guns and the armed occupation in Oregon, but I haven’t really been able to form coherent thoughts. I’m going to try anyway, though. What is it that Ammon Bundy and his posse are protesting, anyway? Is it the government seizing land from ranchers, or the government regulating what ranchers can do on federal land? I could sympathize with the first, as eminent domain is something that nobody really seems cool with, regardless of political affiliation, unless they’re the ones who can benefit from it. But from what I’ve seen, the catalyst was some guy poaching on federal land, then committing arson to try to cover it up. And this guy’s family doesn’t even WANT the help of Bundy and his buddies. Ammon says God told him to bring his guns to Oregon, because apparently God can’t handle these things himself. I just hope no one has legitimate business at this park.

When people cling to guns and religion, do they not think the religion is enough? I guess it’s like in Judges 1:19: “And the LORD was with Judah; and he drave out the inhabitants of the mountain; but could not drive out the inhabitants of the valley, because they had chariots of iron.” God can turn the Nile to blood, but in these man-made matters, he has to rely on some yahoos with firearms. Isn’t God supposed to be omnipotent and omniscient?

Obviously it doesn’t bother a lot of believers, but it’s something I have trouble grasping, like why you would pray when God already knows what you’re thinking and what you need. Also, why didn’t God tell Ammon to bring some food, or at least rain down some manna on Oregon?

I saw some graphic recently about irrational fear of guns, and I tweeted that: 1) fear of something that can easily kill you is totally rational, and 2) it’s kind of hypocritical of conservatives to claim liberals have irrational fears when their entire platform seems to be, “Muslims and Mexicans are coming to get you!” I guess the difference is that they want to take tough stances against their fears, or at least pretend they do. When people insist the President is coming for their guns, is that because that’s what they’d support if they were against guns? 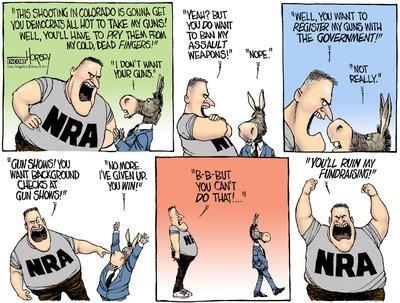 It kind of fits with the policies of bombing and deportment, right? And why do gun owners feel it necessary to argue about these things on the Internet anyway? You already have the power to kill me swiftly and efficiently; do you really need to win online arguments as well? I totally understand being insecure, but it’s strange to pair that up with an insistence that you’re going to stop the bad guys. 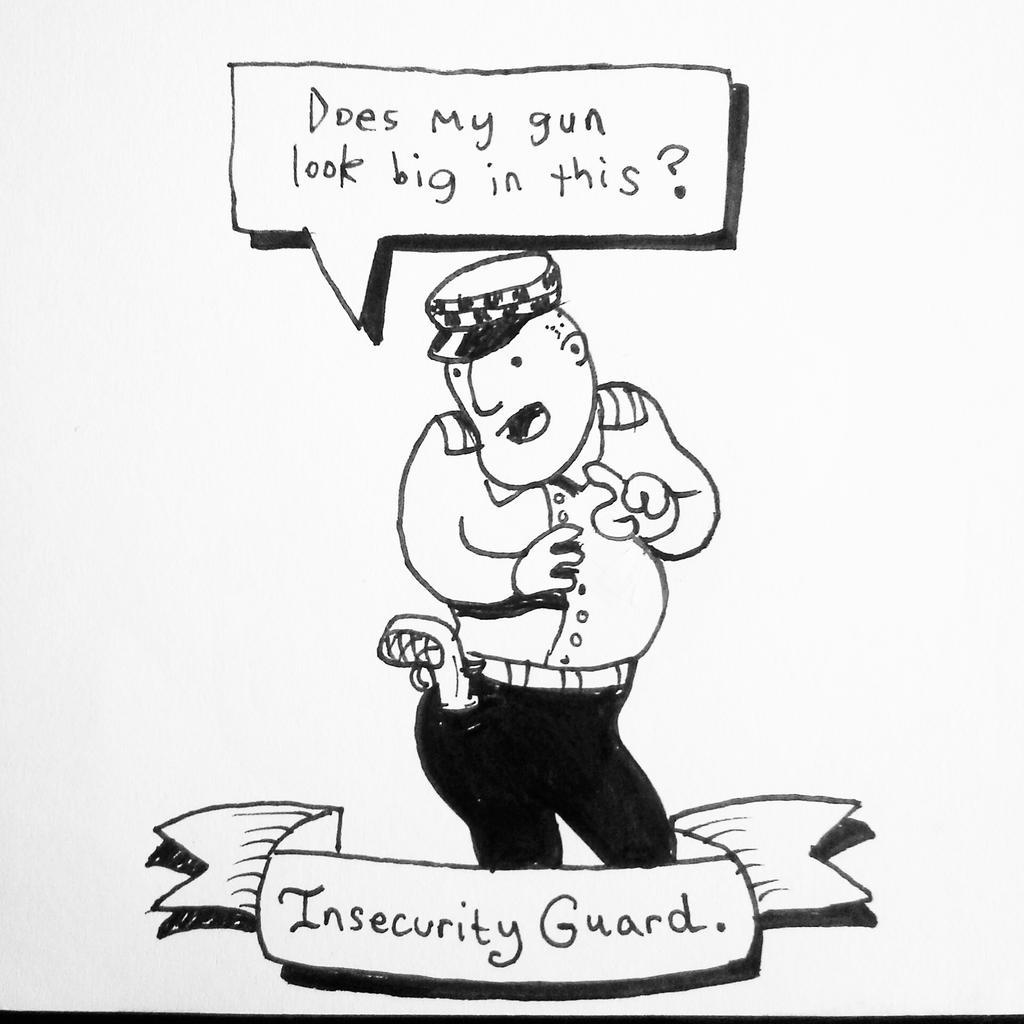 3 Responses to Sunday in the Park with Guns